Hip Hop Heads: These Music Festivals are For You 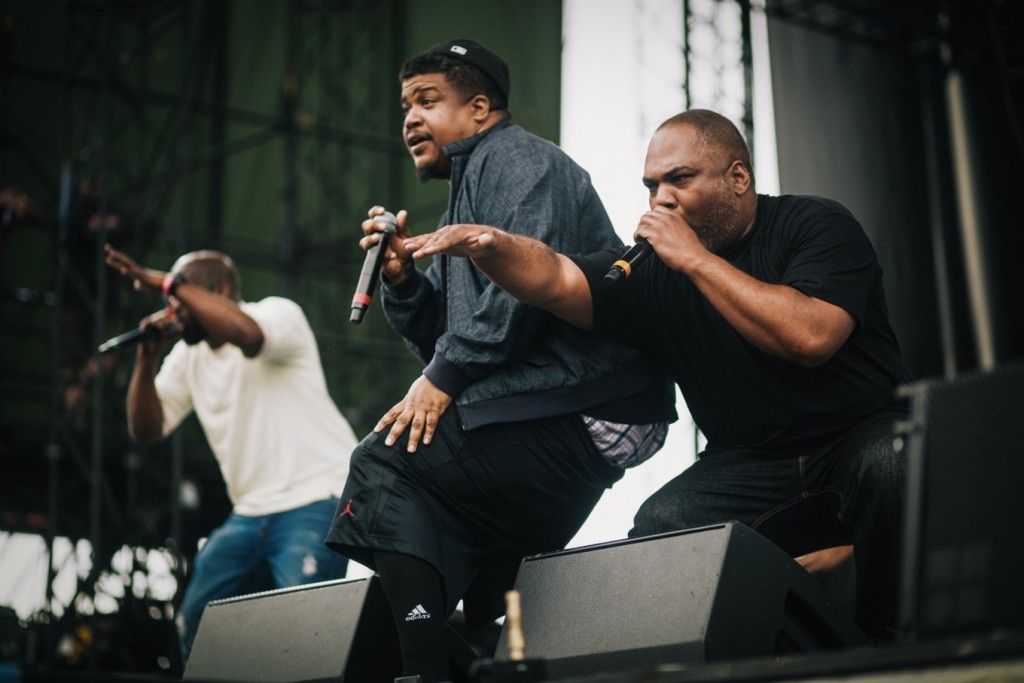 This year’s festival season is lit, and as usual hip hop’s finest are repping hard on all the best lineups. From dedicated rap festivals (OVO Fest) to multi-genre events featuring hip hop headliners (Governors Ball), the beats and rhymes will be flowing in full force this year. So lace up the Timbs, practice your best Dougie, and get out to one of these epic music festivals near you.

The Roots are hosting their 9th annual Roots Picnic this June at Philly’s Festival Pier at Penn’s Landing, treating beat junkies to yet another year of next-level performances from some of rap and hip hop’s finest. While in the City of Brotherly Love, make sure to check out historic sites like Independence Hall, the Liberty Bell, and the Betsy Ross House.

This annual NYC festival favorite is set on Randall’s Island, which features 9 miles of lush waterfront pathways and an insane view of the Manhattan skyline. The three-day event boasts huge names from a variety of genres, but hip hop fans will be out in full force this year for headliner Kanye West. After the festival, cross the East River and hit up Manhattan for a bite of the Big Apple.

For its inaugural festival, Panorama has pulled out all the stops with a hip hop-heavy lineup headed by Kendrick Lamar. Also located on NYC’s Randall’s Island, the fest features food options curated by Eater and an interactive technology showcase created by The Verge.

As one of the country’s hippest online music mags, Pitchfork has its finger firmly on the pulse, and the stellar array of artists at their annual festival proves it. Don’t miss the eclectic lineup of hip hop heavyweights, indie darlings, and more this summer at Chicago’s Union Park. For the best views of the city, head to the top of 360 Chicago (formerly John Hancock Observatory) to have your mind blown.

This dedicated hip hop festival isn’t messing around, bringing together big stars and fresh talent for a jam-packed day of music at the Minnesota State Fairgrounds on the Midway. Minneapolis is just a short drive away, so if you make it into the city make sure to check out great sights like the Minneapolis Institute of Art, Minnehaha Park, and the historic Guthrie Theater.

Bonnaroo is one of the most famous festivals in the country for a reason – year after year, it features a massive lineup of the best and brightest artists from across the genre spectrum. With great camping, ambitious art installations, top-notch food, and a gorgeous location on a 700-acre farm, Bonnaroo is the total package.

Taking place one week after its established rock and pop-oriented sister event Shaky Knees, festival newcomer Shaky Beats will bring the bass to Atlanta’s Centennial Olympic Park this year with an impressive lineup of hip hop, indie rock, and EDM favorites. In addition to the festival fun, fans can enjoy all the great food, music, and culture Hotlanta has to offer.

The Essence Music Festival is a dream destination for any hip hop fan, featuring a star-studded lineup in The Big Easy. Don’t miss New Orleans must-sees like Bourbon Street, the French Quarter, and the New Orleans Historic Voodoo Museum. Oh, and did we mention all the incredible Creole and Cajun cooking to chow down on?

Lollapalooza was founded in 1991 by Perry Farrell (Jane’s Addiction) and started out as a touring event, but it has since become a weekend destination festival taking place each year in Chicago’s gorgeous Grant Park. The eclectic lineup features big names from a variety of genres, including the best and brightest in hip hop, rap, and R&B.

Jay-Z, Budweiser, and Live Nation’s annual bash along the scenic Benjamin Franklin Parkway in downtown Philly has become one of the city’s most beloved annual traditions. Don’t miss music’s hottest stars tear it up at this year’s festival, and for more great things “made in America”, check out Independence Hall and the Liberty Bell.

The Global Citizen Festival supports a worthy cause: ending extreme poverty by 2030. Under the creative direction of Coldplay’s Chris Martin, the fest has become a major player in recent years because of its unique ability to activate global citizens and drive action in the music community. The fest features major artists who take the cause seriously and use their voice to get the message to resonate. Last year, headliner Beyoncé topped off her set with an emotional cover of Bob Marley’s Redemption Song and brought Michelle Obama out on stage to address the crowd. Here’s how to get tickets to the fest.

The annual Toronto fest is held by OVO Sound, the Canadian label founded by Drake and music producer Noah “40” Shebib. Just as you’d imagine, Drake makes sure the lineup features nothing but the best in hip hop, rap, R&B, and even comedy (last year, funnyman Kevin Hart headlined the first night).

The annual festival celebrates hip hop’s legacy as an agent of artistic progression and social change, bringing together socially-minded rappers and artists for a weekend of music, art, and more at the waterfront Brooklyn Bridge Park. As you groove with your favorite artists, you’ll also be taking in some of the best views of the Manhattan skyline in the city.

A relative newcomer on the festival scene, the Billboard Hot 100 Festival has already become a favorite with fans of pop, rock, and hip hop thanks to its eclectic lineup and scenic waterfront location at the Nikon at Jones Beach Theater. Last year’s festival attracted more than 40,000 fans with headliners like The Weeknd and Nicki Minaj, and 2016 will be even bigger. With the Big Apple so close, attendees will find more than enough food, art, and culture to enjoy after the festival.

Head to this super popular festival for great music, gorgeous surroundings at the riverside Zilker Park, and a little taste of weird-wonderful Austin, Texas. The city’s slogan is “Keep Austin Weird”, and residents let their freak flags fly high with no small amount of pride. In addition to the funky culture and killer lineup, don’t miss out on unique Texas culinary treats like breakfast tacos, great BBQ, and the gooey cheese dip known by locals as “queso”.

Held in the heart of downtown Las Vegas, NV, Life Is Beautiful offers attendees both a world-class lineup and all the crazy fun Sin City has to offer. Get down with some of hip hop’s finest and then hit The Strip to keep the party going.

Atlanta’s Piedmont Park goes off every September for Music Midtown, which features a jam-packed lineup of pop, rock, hip hop, and indie acts. Hotlanta is known for its incredible hip hop scene, so you can be sure this year’s performers will be bringing their A-game.

San Francisco’s sprawling, idyllic Golden Gate Park is the perfect location for this all-inclusive, genre-spanning festival. Enjoy some of hip hop’s biggest stars in a beautiful tree-filled setting, and make sure to set aside some time for all of SF’s great food, art, and landmarks.