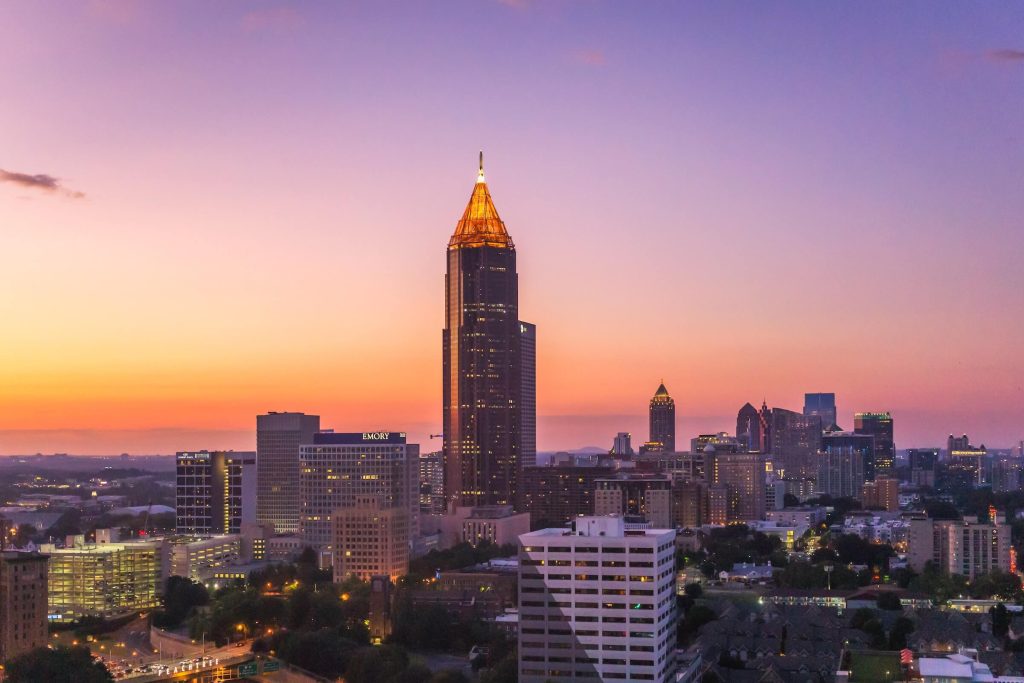 There’s no shortage of incredible live concert venues in Atlanta. Whether it’s a night out with friends or date night with your sweetie, you can choose from an array of state-of-the-art venues, many of which are housed in gorgeous historic buildings that play host to top acts in rock, pop, country, blues, rap, R&B, and electronic music — you name it.

This two-story venue is located in The Battery Atlanta entertainment complex, which is also home to the Atlanta Braves. With its impressive chandeliers, a general admission floor and balcony seating, it’s the perfect spot to watch your favorite artists in a comfortable setting with 3,600 of your closest friends. Maren Morris, Tim McGraw and Elvis Costello have all performed here and its concert calendar is packed with some of the biggest names in music. If you’re hungry you can order from the bar or grab a bite at one of the many restaurants nearby.

Originally a Baptist church when it first opened in 1911, someone had the good sense to turn this gorgeous building into a concert venue in 1996. Since then, the majestic brick building with stately columns that was originally a House of Blues has featured performances by some of the best in the business, including musicians Adele, James Brown, Prince, and Kendrick Lamar, as well as comedians Dave Chappelle, Bob Saget and Conan O’Brien. Located in downtown Atlanta’s Centennial Olympic Park District, it’s an ideal spot for music worshipers of all types to enjoy a show and a night on the town.

This historic venue is located in a distinctive, Spanish-baroque style building in the heart of Buckhead in northern Atlanta. It’s a favorite destination for locals to see concerts from a wide array of artists including Dua Lipa, Robyn and Spoon as well as Broadway plays and comedy shows. The building has changed names several times over the years; it was once known as the Capri Theatre, Buckhead Cinema & Drafthouse and the Roxy until it finally returned to its original name, the Buckhead Theatre. Don’t let the retro appearance of the building fool you, the Buckhead Theatre offers a modern, state-of-the-art sound system and event-going experience.

A post shared by Cadence Bank Amp at Chastain (@cadencebankamp)

There’s plenty to love about Atlanta’s oldest outdoor music venue, not least of which is its illustrious history as a stage graced by countless legendary musicians over the years, including Bob Dylan, Santana, Al Green, and Aretha Franklin. You can pack a picnic under the stars or choose from several dining options — from burgers and deep-dish pizza to baby back ribs and seafood tacos — while catching a show. The venue is located in the Buckhead neighborhood of northern Atlanta, known for its upscale malls and art galleries. Formerly known as North Fulton Park Amphitheater, Delta Classic Chastain Park Amphitheater and State Bank Amphitheatre, one thing remains the same — this is one of the best outdoor venues for seeing live music in the Southeast.

Atlanta’s beloved Center State Theater is actually three venues in one: Vinyl, with a capacity of of 300, making it the smallest in the complex; The Loft with a capacity of 650, and Center Stage, which is the largest of the three with a 1,050 capacity that has hosted notable acts including Lady Gaga, Katy Perry, Queens of the Stone Age, and Duran Duran. Built in 1966 as a memorial to Helen Lee Cartledge by her family after she and several other Atlanta arts patrons tragically died in a plane crash, the family continues to preserve the theater as a home to performing arts. Fun fact: Elton John recorded his 2006 album, The Captain & the Kid, in a studio at Center Stage.

Boasting three separate indoor venues with capacities ranging from 300 to 1,500, The Masquerade has something for everyone. Creatively named Heaven, Hell and Purgatory, each stage has its own unique charms. Rock royalty from Radiohead and Nine Inch Nails to Foo Fighters and Soundgarden have performed here, as well as electronic, metal and punk acts. The Masquerade moved from Ponce de Leon Avenue to Kenny’s Alley in Underground Atlanta, which is conveniently located near the State Capitol, Georgia State University and Centennial Olympic Park.

Find tickets for The Masquerade – Heaven

Find tickets for The Masquerade – Hell

Find tickets for The Masquerade – Purgatory