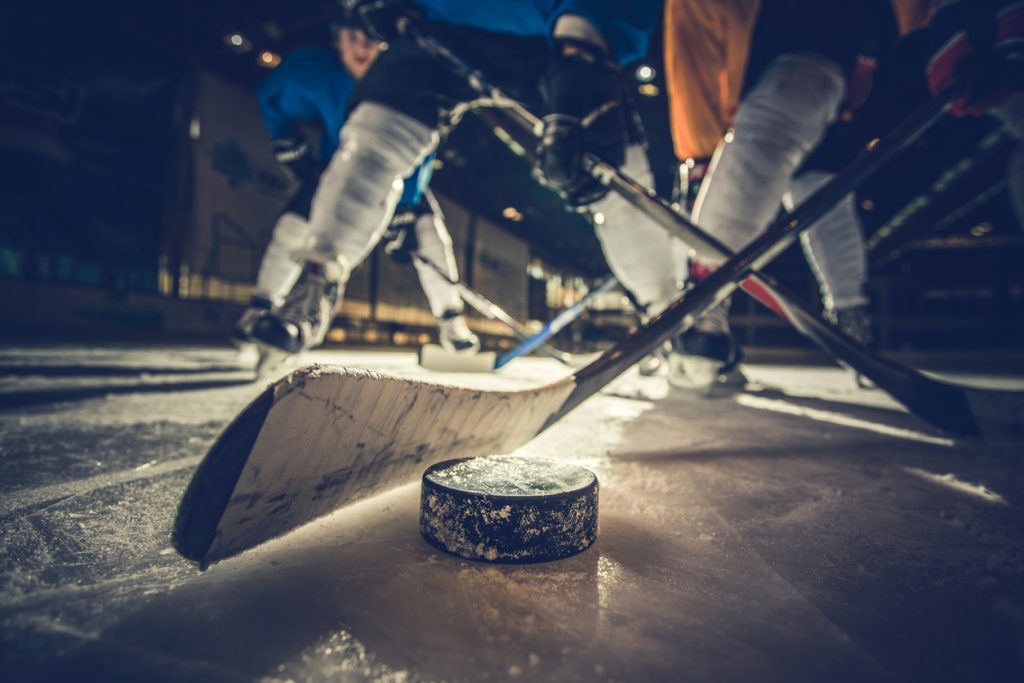 The NHL® Western Conference will be filled with contentious rivalries and rematches in the 2018-2019 season. Here are our picks for some of the season’s most essential matchups.

The Ducks® will host the L.A. Kings® on March 10 in an exciting continuation of the Freeway Face-Off; the Kings® knocked the Ducks® out of the Playoffs in 2014, so perhaps revenge is nigh this season.

The Coyotes® have taken a number of great players from the Chicago Blackhawks® over the past couple of years—Hjalmarsson, Panik, and Oesterle, to name a few—so their matchup on March 26 should be a fiery reunion.

The Vancouver Canucks® have always been one of the Flames’ toughest opponents. See what happens as they face off again on December 29 in Calgary.

The “Battle of Alberta” heats up again this winter as the Oilers take on the Calgary Flames® at home on December 9.

The Ottawa Senators® beat the Kings® in the preseason, but the Kings® will aim to retain the upper hand when the Senators® visit the Staples Center on January 10.

Last year, the Sharks® traded 2013 first-round draft pick Mirco Mueller to the New Jersey Devils®, who beat the Sharks® this preseason. Their rematch on December 10 should be pretty entertaining.

The Canucks® face Pacific division foe Calgary Flames® deep in the season on March 23 that could have playoff implications.

The Golden Knights™ went to the Stanley Cup® Final in their first season, which bodes well for an exciting set of games in 2018-19. Their rematch of the Western Conference Finals against the Winnipeg Jets® on February 22 is a must.

Everybody knows that the Hawks’ rivalry against the St. Louis Blues® has been one of the longest and most fulfilling in the league. Peep the next installment at United Center deep in the season on April 3.

Stemming from a rivalry that dates back to 1995-2003, one game you shouldn’t miss is when the Detroit Red Wings® come to Denver on March 5.

The Dallas Stars™ and the St. Louis Blues® shed gloves about as often as any teams have in recent memory. They’ll continue their contentious rivalry on February 21.

The Minnesota Wild® find themselves in postseason competition with the Chicago Blackhawks® pretty frequently, and their matchups have been intense. As of the beginning of the 2018-19 season, the Wild® is up 44-38 against the Hawks. Don’t miss the next matchup on February 2.

Nashville has accumulated a number of solid rivalries in their time, but none so heated as that against the Chicago Blackhawks®. See what happens next on April 6, when the Hawks come to Bridgestone Arena.

The Blues® will look to overtake the Detroit Red Wings® when they visit St. Louis on March 21 in a rivalry that goes back to the 1980s.

After a number of intense games last season, the Winnipeg Jets® have formed an adversarial relationship with the Nashville Predators®, who will have to fly north on March 1.

There’s no shortage of chances to check out these heated matchups and so much more this NHL season. No matter your selection from the schedule, purchase tickets from the NHL® Official Ticket Exchange or in the widget below.

Don’t miss the next hockey match in your city:
Hockey in LA    |  Hockey in Nashville