Why the Cowboys and Lions Play on Thanksgiving 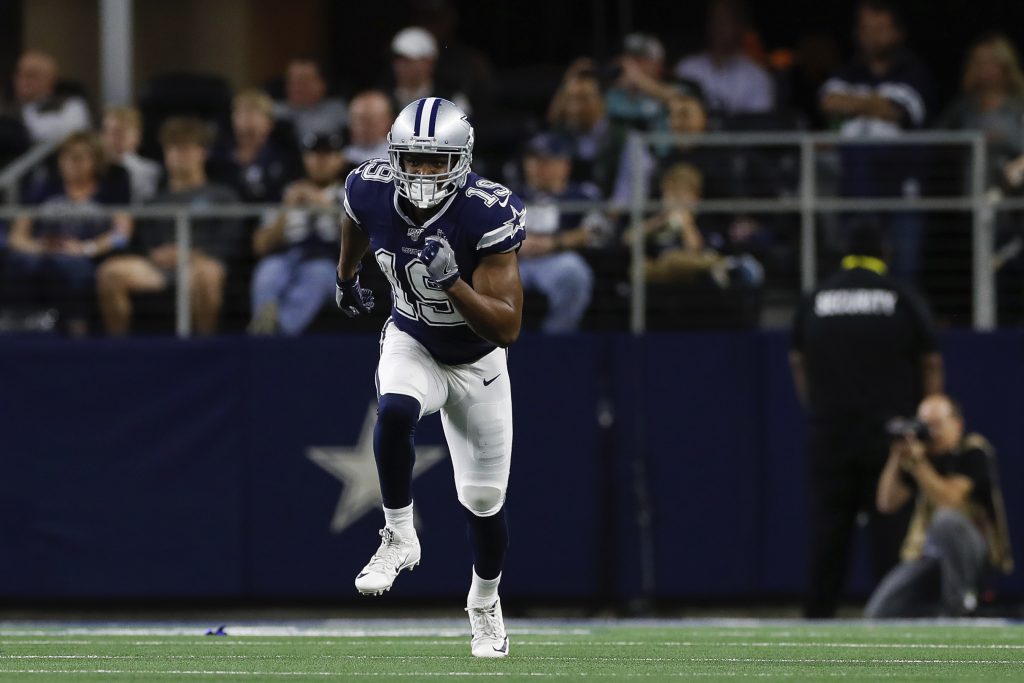 Arlington, Texas and Detroit, Michigan aren’t exactly sister cities, but they do have at least one big thing in common (and it’s a thing that’s a mainstay of many families’ holiday traditions): Each and every Thanksgiving, the Cowboys and Lions each host a football game. The Lions first did it during their inaugural season in Detroit, in 1934, and Dallas went for it during the 1966 season, but both the Motor City and Big D had pre-existing (if tenuous) ties to the holiday. It would not be until the late 1970s when both the Cowboys and the Lions would commit to an annual tradition of hosting Thanksgiving games, and it would take until very recently for a third Thanksgiving game and a weekly Thursday night game to allay worries as to whether both cities deserved to continue the tradition.

History of Thanksgiving Games in Detroit

Even before the founding of the National Football League in 1920, professional and semi-pro football was deeply popular in Detroit, and the Detroit Heralds hosted a Thanksgiving game against the Canton Bulldogs in 1917. The first NFL game to take place on Thanksgiving in Detroit was on November 26, 1925, when owner/coach/quarterback Jimmy Conzelman led the Detroit Panthers against the Rock Island Independents (who upset the first-place Panthers 6-3).

After three failed attempts at sustaining an NFL franchise in the Motor City, the Detroit Lions had immediate success upon moving from Portsmouth, Ohio after the 1933 season. That season included their first Thanksgiving game — a 16-19 loss to the Chicago Bears in 1934, but the Lions took their first NFL title in 1935. Detroit did not host a Thanksgiving game from 1939 to 1944, initially due to a national controversy over when to observe the holiday, and then due to World War II.

The Lions won three NFL championships in the six seasons between 1952 and 1957, and dominated Thanksgiving as well, going 8-2 in those games during the 1950s. In 1962, the Lions shut out Vince Lombardi’s Packers in what would be Green Bay’s only defeat of the season. Pontiac Metropolitan Stadium opened its doors in 1975 as the largest stadium in the NFL, with the domed facility officially known as the Silverdome after 1977; it became an unofficial part of countless family holidays until Ford Field opened in 2002.

Detroit has been home to some generational superstars in recent decades, including Barry Sanders and Calvin Johnson, but with the exception of a deep playoff run in the 1991 season, the team has seen more downs than ups. The Lions’ nadir came in 2008, when the franchise went 0-16, and lost an especially humbling game against the 10-1 Tennessee Titans on Thanksgiving. But they’ve battled their way back to respectability, and finally, contention. From 2013 to 2016, the Lions won four consecutive Thanksgiving games, against their NFC North rivals Green Bay, Chicago and Minnesota, and in 2015 against the Philadelphia Eagles.

History of Thanksgiving Games in Dallas

The National Football League’s first attempt at a Dallas-based franchise began and ended inauspiciously in 1952, with the Dallas Texans largely consisting of the roster and coaching staff of the recently defunct New York Yanks. The Texans were given back to the league in the middle of the season, and left the Cotton Bowl to play their last two “home” games on the road. Their sole victory, oddly enough, occurred on Thanksgiving, beating the Chicago Bears before a crowd of fewer than 3,000 in Akron, Ohio.

By the early 1960s, the Metroplex found itself with two pro football franchises: the AFL’s Texans and the NFL’s Cowboys. Though the Texans succeeded on the field, owner Lamar Hunt moved the team to Kansas City in 1963 to become the Chiefs. The Cowboys initially struggled, but eventually became “America’s Team” in part due to the showcase they were given every Thanksgiving starting in 1966. A miraculous comeback on Thanksgiving 1974 behind rookie backup quarterback Clint Longley helped cement the association between Turkey Day and the Dallas Cowboys

In 1975 and 1977, the St. Louis (now Arizona) Cardinals hosted games at Busch Memorial Stadium, partly to allay complaints of Dallas’ perceived unfair advantage, but mostly to boost the national visibility of a fun young team on the rise. The move backfired when the Buffalo Bills and Miami Dolphins blew out St. Louis in these games. Commissioner Pete Rozelle re-offered the games to Dallas (who hosted and defeated the Cards in 1976), and team president Tex Schramm agreed, on the condition that the arrangement was permanent.

Texas Stadium in suburban Irving opened in 1971, and became known for what Cowboys linebacker D.D. Lewis called “…a hole in its roof so God can see His favorite football team play.” Although the distinctive hole was more the result of structural issues than divine fandom, it allowed for a rather infamous occurence in 1993, when a rare Texas snowstorm hit on Thanksgiving day, contributing to Leon Lett’s fumble in the end zone, which cost the Cowboys the game against the Miami Dolphins. Such issues have now been resolved with the opening of AT&T Stadium in Arlington in 2009, but the Dallas Cowboys continue to be a fixture during the Thanksgiving holiday, uniting families and friends in their love or disdain for America’s Team.