Step Inside: United Center – Home of the Bulls & Blackhawks 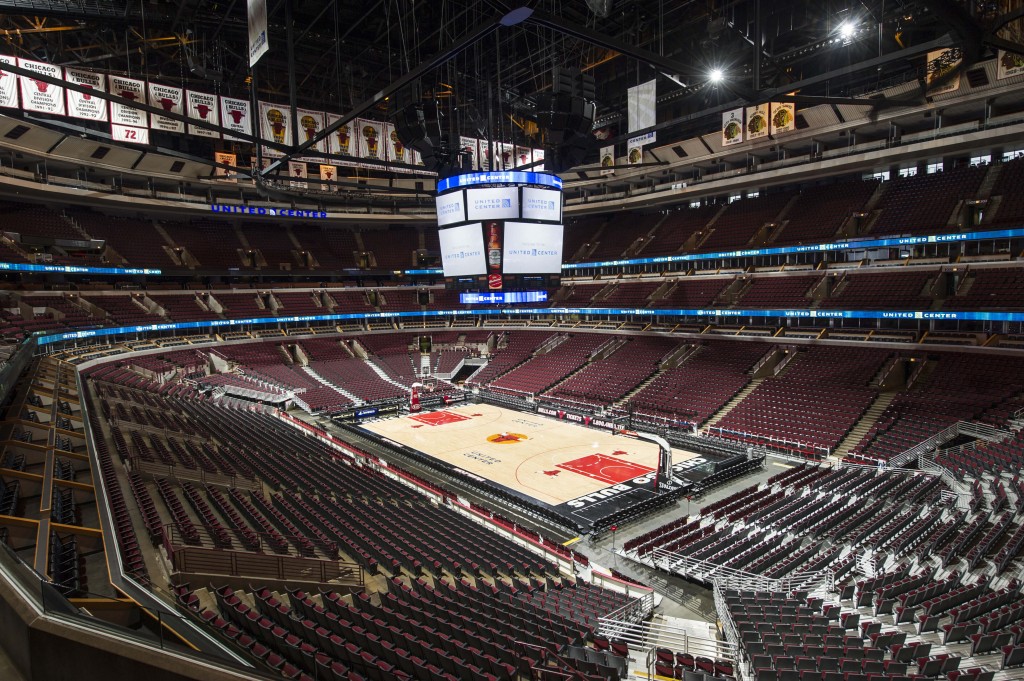 Hosting more than 40 million guest since its opening, the United Center in Chicago, Illinois, is one of the greatest venues in the country. Home to the legendary Chicago Bulls and Chicago Blackhawks®, the United Center is located in the Near West Side neighborhood of Chicago, roughly three miles west of the loop/downtown area. This cultural hotspot hosts a wide array of events, including sports games, concerts and specialty shows.

What events are coming up at United Center?

Since it was built in 1994, the United Center has been the epicenter of sports in Chicago. Home to the Blackhawks and the Bulls, the United Center was created when the owner of the Blackhawks, William Wirtz, and majority owner and Team Chairman of the Chicago Bulls, Jerry Reinsdorf, partnered together in 1988 to build one of the top arenas in the world. Being the largest arena in the United States at more than 950,000 square feet, the United Center is known to many as “The Madhouse on Madison,” the “UC” and “The House that Jordan Built.” It became the replacement for the legendary Chicago Stadium, which was across the street from the United Center and was the previous home to the Chicago Blackhawks® and the Chicago Bulls. This venue has hosted more than 200 events a year since its creation and has been the home for a number of non-sports related events, including the 1996 Democratic National Convention, The Ringling Bros. and Barnum & Bailey Circus, and Disney on Ice, plus concerts by iconic artists such as The Rolling Stones, The Who, Paul McCartney, and many more.

Included with the United Center is its beautiful 190,000 square foot Atrium, built in 2017. The Atrium features the Madhouse Team Store, which is a 10,000-square-foot retail store where guests can buy a number of sports memorabilia and customized attire; the 1800 Market, which is a high-tech market powered by Amazon’s Just Walk Out technology that allows guests to scan a credit card, grab what they want, and simply walk out of the store; and Queenie’s Supper Club & Cocktails, a modern take on the Midwestern supper clubs. The United Center also features statues of legendary sports figures including NBA legend Michael Jordan, one of the greatest hockey players of all time Bobby Hull and legendary Blackhawks center Stan Mikita, along with a bronze bust of two-time Naismith Memorial Basketball Hall of Fame inductee Scottie Pippen and Bulls’ Broadcaster Johnny “Red” Kerr. The United Center was the home for the Chicago Bulls’ Championships in ’96, ’97 and ’98, as well as the Blackhawks’ Stanley Cup® Championships in 2010, 2013 and 2015.

The United Center has perfected the transition from a hockey-ready ice rink to basketball hardwood, with the process taking a crew of 45 people only two hours to achieve.

Parking and Admission at United Center

Parking is easy at the United Center, with multiple parking lots surrounding the venue. Parking is open to the general public 2.5 hours before the game or show, with prices varying anywhere from $10 to $100. Guests can either pay online before the event or with a credit card in the parking lots.

Non-flash, non-detachable lens still cameras are allowed in the United Center during sporting events with no other professional equipment allowed. During concerts and other events, professional cameras and equipment are not allowed. Personal bags, smaller than 10″ x 6″ x 2″ are allowed in the arena; however, backpacks of any kind are not allowed, with limited exceptions for medical and diaper bags. Strollers have to be checked in at guest relations locations. Other prohibited items include selfie sticks, banners, signs, flags, laptops, laser pointers, weapons, projectiles, and outside food or beverages.

The United Center has a varying capacity, with a maximum capacity of 23,500 and approximately 23,000 for concerts, 21,000 for Bulls games, and 20,500 for Blackhawks games. Along with thousands of general seating options, the United Center offers a number of premium seating and VIP locations, including lower-level suites, club-level suites, penthouse-level suites, the BMO Club, and the Budweiser Champions Club. The suites all include VIP Parking passes, full-service catering and luxury seating both in and outside the suite. The BMO Club features VIP Parking, an all-inclusive chef’s table and top-shelf bar in a lounge atmosphere. The Budweiser Champions Club includes VIP Parking, reserved dining table, in-seat wait service, and top-shelf bar. All of the premium seating options have fantastic views of the event.

What are the best seats at the United Center?

The best seats at the United Center vary depending on the event and personal preferences. Check out United Center seating charts and find your favorite seat today.

With Chicago being one of the top food hubs in the country, it is no surprise the United Center has an unbelievable amount of excellent food and drink options. Along with bars throughout the venue, the United Center’s concessions list includes Lillie’s Q, Gibsons Steakhouse, The Little Goat Taqueria, Chicago Dish, Madison Street Eats, Giordano’s, and many more. For specialty drinks, the United Center features Mindy’s, Goose Island Pub, Crown Royal Whiskey Bar, and the Corona Beach Bar.

Recently, the NBA made some changes to their playoff format to increase the excitement, and now 20 of the 30 franchises compete in postseason play. Learn more!