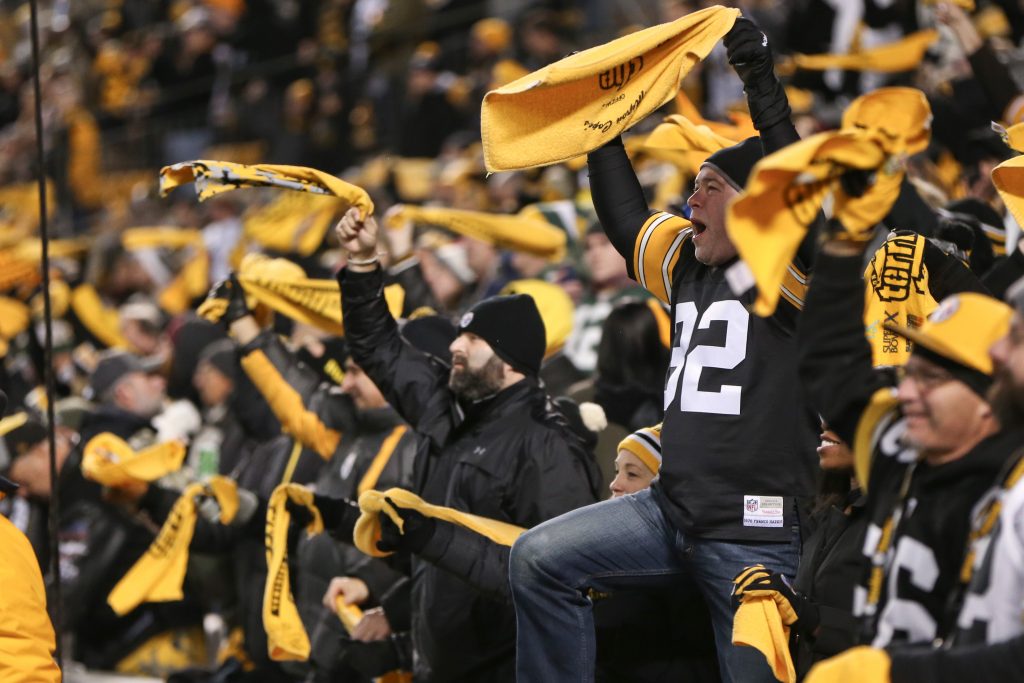 The NFL has some of the most passionate sports fans in the world. The faithful who show up and bring the noise at every game, the steadfast who sit through rain, snow, and losing seasons to back their squad, and the loyal who proudly hand down their deepest traditions over the generations. While every franchise has amazing supporters, here’s a quick look at some of the most notable fan bases in the NFL.

The Birdgang and the Arizona Cardinals

We start with the Birdgang, the fan base of the Arizona Cardinals. In a state filled with transplant fans who root for other NFL teams, the ‘Gang is a loud and loyal crew that holds their turf. The “Red Army” started out small at first, with a group of devoted diehards supporting the team through several losing seasons, but they persevered and recruited well. Today when opposing teams come out of the tunnel at State Farm Stadium they face the “Red Sea” – thousands of faithful fans wearing their Cardinal colors and screaming their lungs out with pride.

The Cheeseheads and the Green Packers

There may be no more recognizable fanbase than the Green Bay Cheeseheads. Every Sunday, Packer faithful stick out in the crowd thanks to the bright yellow, foam cheese hats they wear to games – a nod to Wisconsin’s history as the number one cheese producer in the country. First seen in 1987, the hat actually draws inspiration from 3 different types of cheese – borrowing its color from cheddar, its shape from Gouda, and its holes from Swiss. Over the years, hat designs have branched out to accommodate all kinds of personal tastes and styles, including crowns, sombreros, fedoras, and even ear muffs so Cheeseheads can show off their fandom while combating the cold Wisconsin winters.

Steeler Nation and the Pittsburgh Steelers

Steeler Nation rose to prominence in the 1970s. At a time when Pittsburgh’s steel industry was in decline, the success of the team (loaded with future Hall of Famers like Terry Bradshaw, Lynn Swann, and “Mean” Joe Green) provided a welcome boost to the city’s morale every week. And in 1975, the “Terrible Towels” were invented as a way to rally fans in support of the team’s playoff push. Cheering loud and spinning the yellow towels over their heads became a hit with Pittsburgh fans and the tradition has remained a mainstay at every Steelers home game since.

The Black Hole and the Oakland Raiders

If you’re looking for the intimidation factor, look no further than the Black Hole. Every Raiders home game, fans unite in silver and black inside the Oakland Coliseum – with the rowdiest packed in the south end zone. In 1995, a small group of hardcore fans showed up in section 105 looking to rattle the opposing team by dressing in disturbing costumes. Their fandom quickly caught on and the tradition has evolved to cover all of Raider Nation. Now many of the most “notorious” fans in the NFL come to every home game pumped up and dressed to frighten in a variety of terrifying costumes, like silver and black skeletons and zombies, creating a hostile home-field edge.

Honorable Mention: The Hogettes and the Washington Redskins 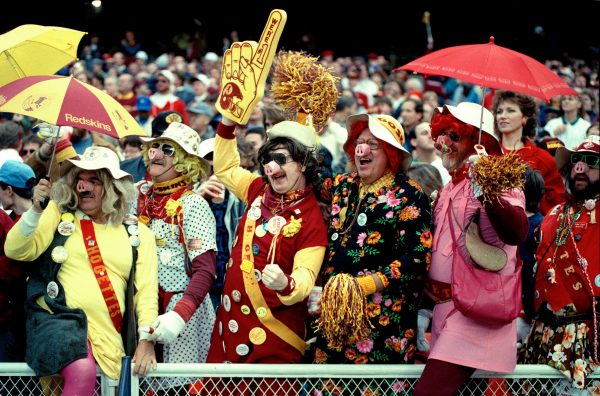 No list of the best fans in the NFL would be complete without mentioning the Hogettes, a group of male Washington Redskin fans who came to games in outrageous dresses, floppy garden party hats, and pig snouts. Started in 1983, the Hogettes originally donned their costumes to cheer up sick children at local hospitals. Their getups were such a hit they decided to attend Redskins games in full drag, adding pig snouts to their costumes to celebrate Washington’s all-star offensive line – famously nicknamed the “The Hogs”. The group went on to cheer at every ‘Skins home game, along with organizing and attending charity events that raised over $100 million. In 2012, the unofficial Redskins cheerleaders retired the tradition – however, their fandom lives on through a special exhibit in the Pro Football Hall of Fame.

Gameday is only as good as the fans who show up with endless spirit. See who cheers the loudest league-wide this season with Ticketmaster – the Official Marketplace of the NFL.