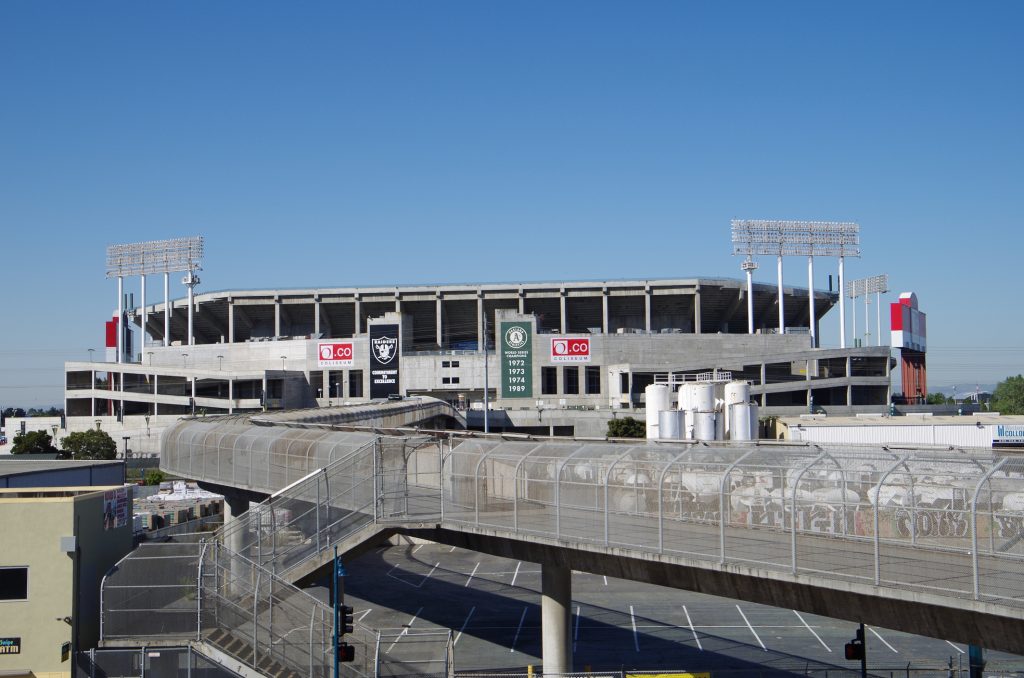 The Oakland Raiders open their 2019 NFL season at home on Monday Night Football against the Denver Broncos (Sept. 9). They open their AFC West divisional schedule at home in Week 2 against the Kansas City Chiefs (Sept. 15). They have a bye in Week 6.

The Raiders have three straight home games starting in Week 9 vs. the Detroit Lions (Nov. 3), Thursday Night Football in Week 10 vs. the Los Angeles Chargers (Nov. 7), and Week 11 vs. the Cincinnati Bengals (Nov. 17). Their last two home games are Week 14 against the Tennessee Titans (Dec. 8) and Week 15 against the Jacksonville Jaguars (Dec. 15).

The Raiders, founded in 1960, play at Oakland Alameda County Coliseum in Oakland, California. The stadium seats over 63,000 and opened in 1966. Often referred to as the Oakland Coliseum, the stadium is shared by MLB’s Oakland Athletics. The Raiders are known for their passionate fan base and distinctive team culture.