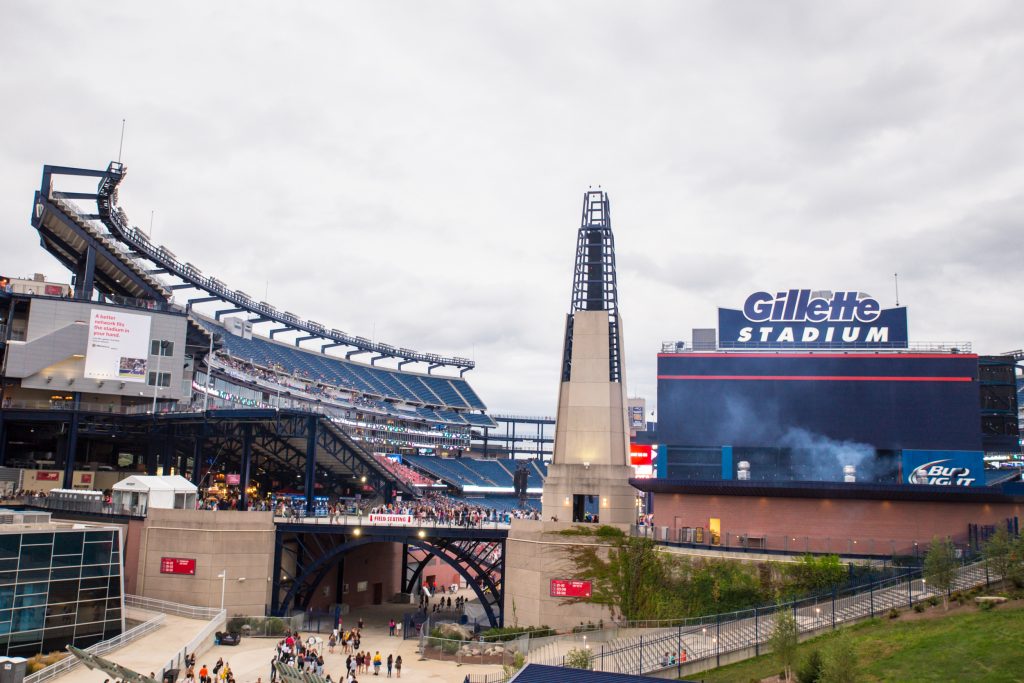 The New England Patriots open their 2019 NFL season at home on Sunday Night Football vs. the Pittsburgh Steelers (Sept. 8) in Week 1. Their key AFC East divisional home games include Week 3 vs. the New York Jets (Sept. 22) and Week 17 vs. the Miami Dolphins (Dec. 29).

The Patriots have a bye in Week 10. They have a Thursday Night matchup at home against the New York Giants (Oct. 10) in Week 6. Their next home game is against the upstart Cleveland Browns (Oct. 27) in Week 8 before a pair of home matchups against 2018 playoffs teams with the Dallas Cowboys (Nov. 24) in Week 12 and an AFC Championship rematch with the Kansas City Chiefs (Dec. 8) in Week 14.

The Patriots, founded in 1959, play at Gillette Stadium in Foxborough, Massachusetts. The stadium seats over 65,000 and opened in 2002. They have sold out every home game since moving to the stadium, which includes preseason, regular season and playoffs. The streak dates back to 1994 when the team was still at Foxboro Stadium.