Step Inside Lumen Field: Home of the Seattle Seahawks 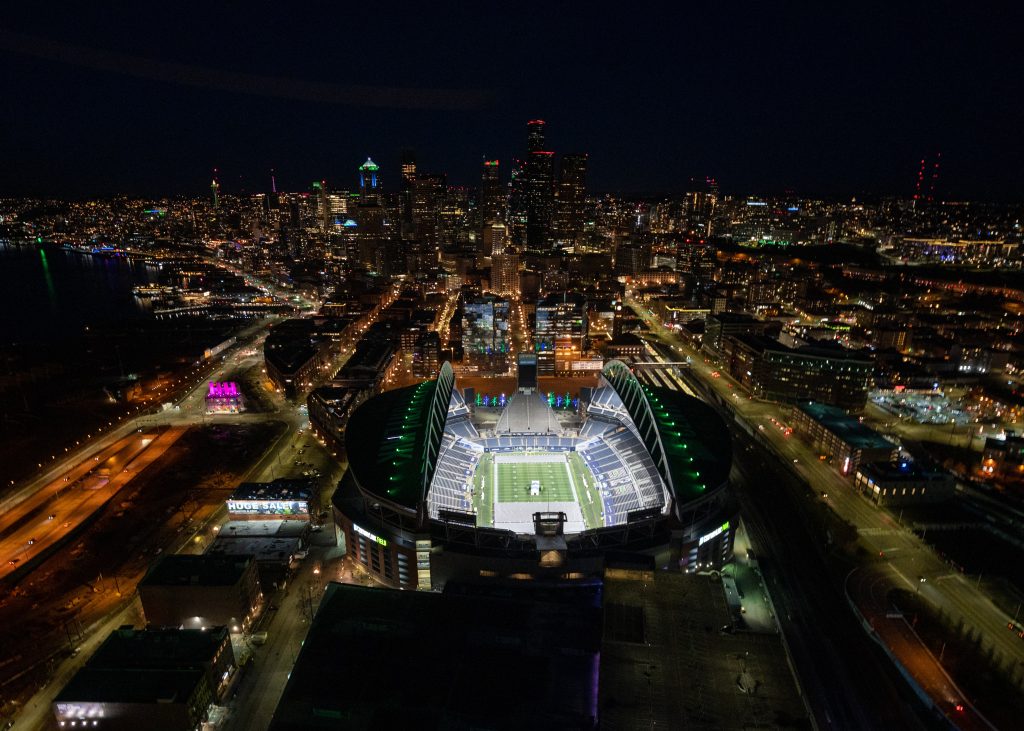 Step inside Lumen Field – home of the Seattle Seahawks and the legendary 12th Man. 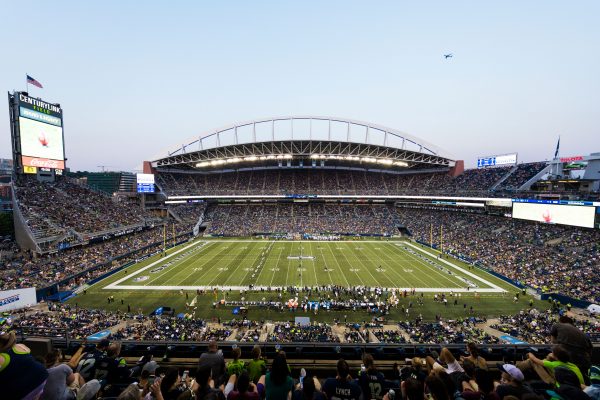 The Seattle Seahawks are notorious for having one of the best home-field advantages in the NFL – and at least part of the team’s recent success ties back to their stadium, Lumen Field (formerly known as CenturyLink Field). When current owner Paul Allen bought the team in 1997 and pledged to build them a new home, he insisted the venue have a collegiate, outdoor atmosphere with seating that stacks fans close to the field. Finally completed in 2002, the stadium did just that, with an open-air construction that puts 67,000 of the blue and green faithful in the thick of the action every Sunday.

Lumen Field and the 12s

If you’re making your way to Lumen Field, consider packing earplugs. Seattle fans are among the loudest and most passionate in the NFL, originally earning them the nickname “the 12th Man” (now shortened to “12s”) for the decisive edge they bring to every home game. Although the stadium is technically one of the smallest in the league, the ‘Hawks make up for it with a field that was designed to be loud. Its clamshell roofs, built from 5,700 tons of steel, are designed to trap noise inside the stadium, making it incredibly loud when the opposing offense is on the field.

Lumen Field’s intimidation factor cannot be denied. With the help of the 12s, the stadium continues to set records for false start penalties by an opposing team and once held the world record for the loudest crowd roar at a sports stadium. In 2013, a cheering crowd of Seahawks fans peaked at 137.6 decibels, which is equivalent to the sound of a jet engine preparing for takeoff.

To celebrate their diehard fans, the Seahawks retired the number ‘12’ jersey in 1984. In 2003, the team started the tradition of raising the ‘12’ flag at Lumen Field before every home game as a call to fans to bring the noise and defend their home turf. To be asked to raise the ‘12’ flag is considered an honor and is usually reserved for owner Paul Allen, former players, and select Seattle celebrities.

If you get hungry at Lumen Field you can go beyond traditional hamburgers and hot dogs and dive into a bowl of Ivar’s world famous clam chowder. There’s also higher-end fare such as champagne and oysters, and the stadium offers one of the largest craft beer lists in the NFL.

And be sure to make time to explore the Lumen Link Field’s public art program, a collection of works from artists all over the country valued at upwards of $1.75 million. Pieces include an installation on the stadium’s north tower – a series of painted steel discs depicting man’s deep connection to the earth.

Lumen Field and Taima the Hawk

There’s no such bird as a “Seahawk,” but that didn’t stop Seattle when looking for a real-life mascot to pump up their home crowd. Since 2005 Taima, an augur hawk, has lead the team out of the tunnel before kickoff. At the signal from his handler, David Knutson, Taima launches into the stadium, soaring past cheerleaders, fans, and explosions as the Seahawks charge out onto the field to start the game.

Along with hosting Seattle Seahawks games, Lumen Field is also home to the Seattle Sounders FC, the city’s MLS soccer team. And in between football and fútbol, the stadium also stages unforgettable concerts for premiere musical artists like U2, Kenny Chesney, Ed Sheeran, and Metallica.

Shout for the Seahawks as part of the 12th Man by purchasing tickets here or in the widget below from Ticketmaster – the Official Marketplace of the NFL.