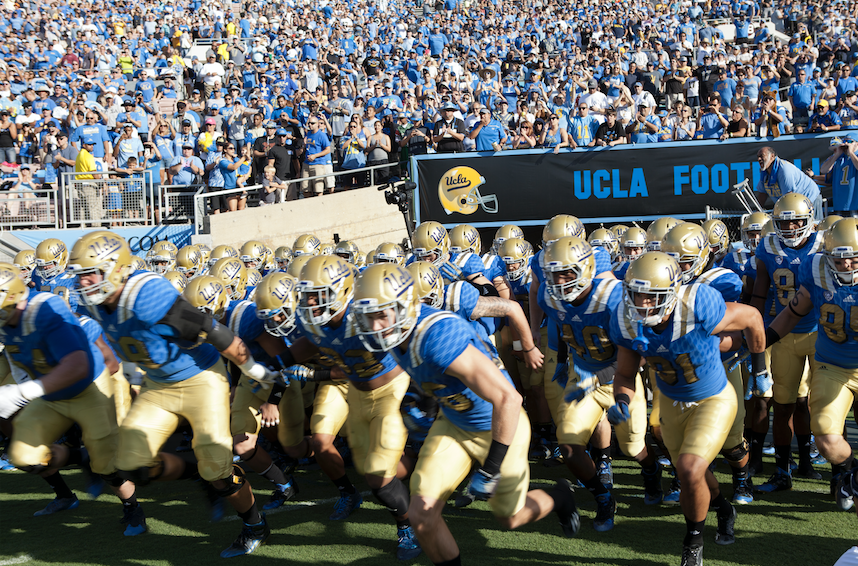 As the NCAA Football season approaches, it’s time to start stocking up on all things school spirit! As the definitive destination for the best college football action and access out there, Ticketmaster is exploring some of the league’s most storied school colors as kickoff approaches nationwide.

When The University of Alabama was still a military school, it’s been said a young woman dressed for one of the school’s balls decked in Crimson to match the uniform palette of gray, black, and white. It became an official school color once a crimson stocking was added to the football uniform in 1892.

Believe it or not, Syracuse’s first set of official school colors were pea green and rose! A 1929 alumni newsletter cites the shift to Orange began in 1877 upon honoring its symbolism for the “hopes of a golden future.” Orange was cemented in 1890 to honor the establishment of the House of Orange and Colony of New York before the turn of the century.

In 1928, football coach Clyde Littlefield demanded a shade that wouldn’t change colors as fans got used to seeing orange jerseys fade with the season. Burnt Orange became the status quo once the team figured out the aesthetic of looking like the color had “soaked overnight” with their material supplier in Chicago.

Michigan’s signature “maize” shade was claimed by the student body in the late 1860’s, and the exact shade that remains today was commissioned in 1900. Michigan has gone through 12 shades of blue to complement the maize, until the school’s executives settled on a deep navy by 2013.

Miami’s unique color combination leading with green, and accented by white and orange, was established in 1926 to represent the Florida Orange Tree.

The iconic Carolina Blue dates back to the 19th century, when the initial student body in Chapel Hill was evenly split between the Philanthropic Literary Society (white), and the Dialectic Literary Society (light blue). The two divisions split the east and west areas of the town, and the colors have failed to fade since.

Penn State also had an interesting set of colors before their current iconic combo: pink and black! The combination was jeered by students, especially as the pink quickly faded to white in the sun. In 1890, a small student body faction made the official shift to navy and white instead.

LSU’s colors, minus the green to fully honor the Mardi Gras with such a trifecta, stem from 1893 football coach Charles Coates, who allegedly gave players purple and gold ribbons to accent their gray uniforms.

A school that’s grown extensively from its engineering roots, it’s said that this pair of colors was chosen to represent the core values of Commodore Vanderbilt himself: black for coal, and gold for money.

Ticketmaster is here for all of your NCAA Football hopes and dreams! Let your school spirit and colors shine by purchasing tickets for this season here or from the widget below.