UM Wolverines vs. MSU Spartans: a Look at This Michigan Football Rivalry 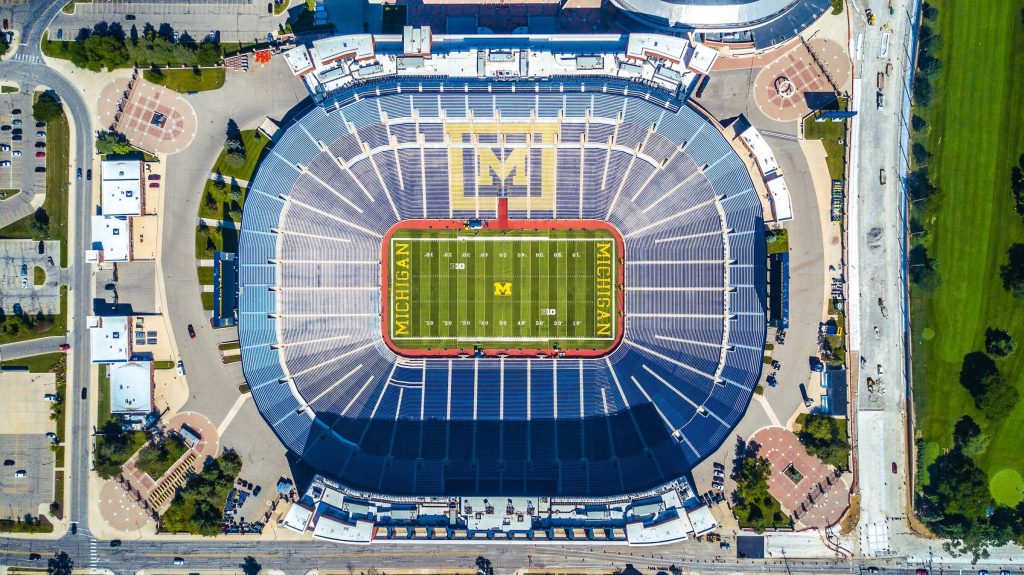 Who Are the Michigan Wolverines’ Biggest Rivals?

Who are the Michigan State Spartans’ Biggest Rivals?

The Michigan State Spartans also have three rivals within the B1G conference: the Indiana Hoosiers, the Penn State Nittany Lions and the Michigan Wolverines. Michigan State also shares a rivalry against the Notre Dame Fighting Irish.

In what was arguably the most iconic game game of 2015, simply referenced by the radio call, “Trouble with the snap,” in October, the 12th-ranked Wolverines, led by first-year head coach Jim Harbaugh, led the undefeated and 7th-ranked Spartans 23-21. With the ball over midfield and in field goal range, the Wolverines took a third down sack and elected to punt.

Mark Dantonio, known for his special teams coaching, sent all 11 defenders to cover the punt, which overwhelmed the punter. Michigan punter Blake O’Neill bobbled the snap and the ball was eventually scooped and scored by Michigan State special teams player Jalen Watts-Jackson as time expired. Michigan State did not lead at any point in the game until the clock hit 0:00.

The two teams have had success both historically and recently. Both Michigan State and Michigan have made College Football Playoff appearances, and they have a combined 17 national championships. Each team has also made an appearance in the B1G Championship game since 2015.

The Paul Bunyan Governor’s Trophy first made an appearance in 1953 as a welcome offering to Michigan State when they joined the Big Ten Conference. The statue is a four-foot-tall painted-wood carving made in the image of local folk hero Paul Bunyan.

Where Do the Michigan Wolverines and Michigan State Spartans Play?

Michigan State plays at Spartan Stadium, formerly called College Field, Macklin Field and Macklin Stadium. The stadium is also nicknamed “The Woodshed.” Spartan Stadium opened in 1923 and has a formal capacity of 75,005.

Neyland Stadium has been home of the Tennessee Volunteers for more than a century. Nestled comfortably between the campus' iconic Ayers Hall at the top of Th...

Longhorns vs. Horned Frogs: a Look at This Texas Football Rivalry

The Texas Longhorns and TCU Horned Frogs have a geographic, conference rivalry in the Big XII. Because of the close proximity between campuses, 186 miles, th...