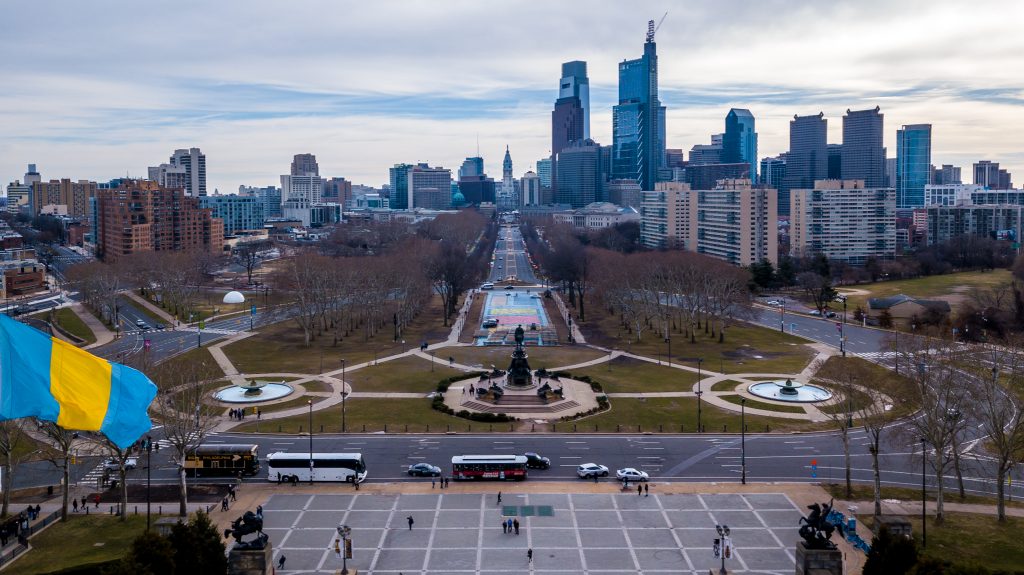 If you’re heading out to an event in the City of Brotherly Love, you’ll be delighted by all the options for eating and drinking before or after your event. Or even both. Below we’ve listed all the major venues in the city and the nearby restaurants and bars that you absolutely need to check out.

Located at the edge of Broad Street, the Sports Complex with Lincoln Financial Field, Wells Fargo Center and Citizens Bank Park has a number of hangout options nearby.

Chickie’s & Pete’s (1526 Packer Ave. or 3601 Broad St.) started in the Northeast four-plus decades ago and became a Philadelphia institution, as famous for its crab fries (crinkle cuts topped with Old Bay seasoning) as it is for its institutional love of the Eagles.

Food and drink options await you on both sides of the Delaware River nearby BB&T Pavilion.

The Victor’s Pub (1 Market St., Camden, NJ) is a family-owned joint that offers burgers and sandwiches alongside Italian-influenced specialties like pazotti balls and mussels fra diavolo.

If you’re coming to the pavilion via the RiverLink Ferry, you’ll be right near Old City, which is full of colonial charm. City Tavern (138 S. 2nd St.) serves up classic American fare in a structure built in 1773, Ariana Restaurant (134 Chestnut St.) is a BYOB eatery specializing in Afghani food, Han Dynasty (123 Chestnut St.) keeps its Sichuan kitchen open late and The Continental  (138 Market St.) is an Old City stalwart for cocktails and small plates.

Best Bars and Restaurants Near The Mann

Fairmount Park’s concert hall has its own restaurant, or you can venture into nearby Bala and check these eateries out by The Mann.

Crescendo (5201 Parkside Ave.) offers alfresco buffet dining right at The Mann. (You must have concert tickets in order to make a reservation.)

Sardi’s Pollo A La Brasa (4510 City Ave.) is a great place to satisfy a craving for Peruvian chicken.

Best Bars and Restaurants Near The Met Philadelphia

Located near the junction of Broad Street and Fairmount Street, The Met has a ton of options nearby.

Bar Hygge (1720 Fairmount Ave.) is as cozy as its name suggests, with an enticing selection of libations and a wide variety of small plates.

Johnnie Bleu (812 N. Broad St.) is a cozy spot for a pre-show cocktail or some wings.

Fishtown has made a name for itself as a place for restaurants and bars. These are just a tasty sample of what the area has to offer by The Fillmore.

Barcade (1114 Frankford Ave.) has a ton of old-school console games — like Donkey Kong and Crystal Castles — as well as pinball tables and craft beer.

Best Bars and Restaurants Near Theatre of Living Arts

South Street is still one of Philadelphia’s storied strips, and its food and drink offerings offer glimpses of classic Philly style by the Theatre of Living Arts.

Jim’s Steaks South Street (400 South St.) may seem tiny, but it’s one of the city’s cheesesteak palaces. Get one “Whiz wit” (with Cheez Whiz and onions), “Provo witout” (provolone cheese, no onions), or however you like it.

Lorenzo and Son’s Pizza (305 South St.) offers massive slices that are perfect for sopping up any post-show energy.

Tattooed Mom (530 South St.) is a friendly dive with cheap drinks, cheeky events and the long-running tradition that is Taco Tuesday.

Union Transfer’s building doesn’t house a Spaghetti Factory anymore, but the surrounding area has a ton of food options to compensate.

Prohibition Taproom (501 N. 13th St.) has been a bar since the 1800s, and it’s the quintessential gastropub with hearty food, great beer and a solid jukebox.

The cuisines available near Tower Theater at the 69th Street Terminal come from all over the globe.