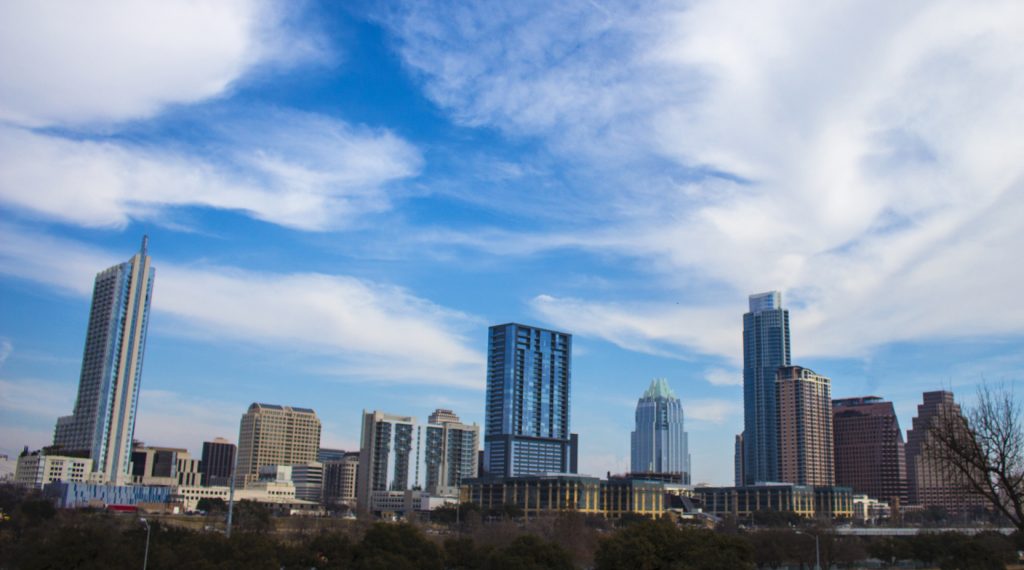 Austin is the Live Music Capital of the World, so it only makes sense that food and drink options would be both plentiful and exceptional any time of day. Below we’ve rounded up some of the best options near the city’s famed venues. Whether you are a local, or just catching a few after-shows during Austin City Limits, there is something perfect for you.

Headed to Zilker Park to catch the Austin City Limits Music Festival? We’ve got some recommendations for a few places to grab food or drink before and after you head into the fest.

The 8,000-seat H-E-B Center sits in the Austin suburb of Cedar Park, but what the area may lack in bustle, it makes up for in hidden gems tucked into strip malls and shopping centers.

Why not start your weekend a day early with a delicious cocktail like our raspberry mule? We promise we won’t tell… 😉 Made with Tito’s vodka, ginger brew, raspberry purée + lime.

Considering the Frank Erwin Center’s location — on the University of Texas campus next to downtown Austin — there’s no shortage of opportunities to find a brag-worthy bite or sip.

Best Bars & Restaurants Near The Mohawk

Bidding is LIVE for our first prototype of our Franklin BBQ Pits benefiting @austindames . Follow @austindames for more information. https://www.ebay.com/usr/austindames

With two stages and three bars, The Mohawk is an anchor venue in the Red River District, a place where music seems to be playing 24 hours a day, seven days a week, 365 days a year.

Best Bars & Restaurants Near ACL Live at The Moody Theater

ACL Live is the longest-running music series in U.S. TV history, and The Moody Theater is an appropriately classy home — despite its name, the Warehouse District is actually a bit fancy.