What Happens Backstage Before Concerts: A Behind-the-Scenes Look 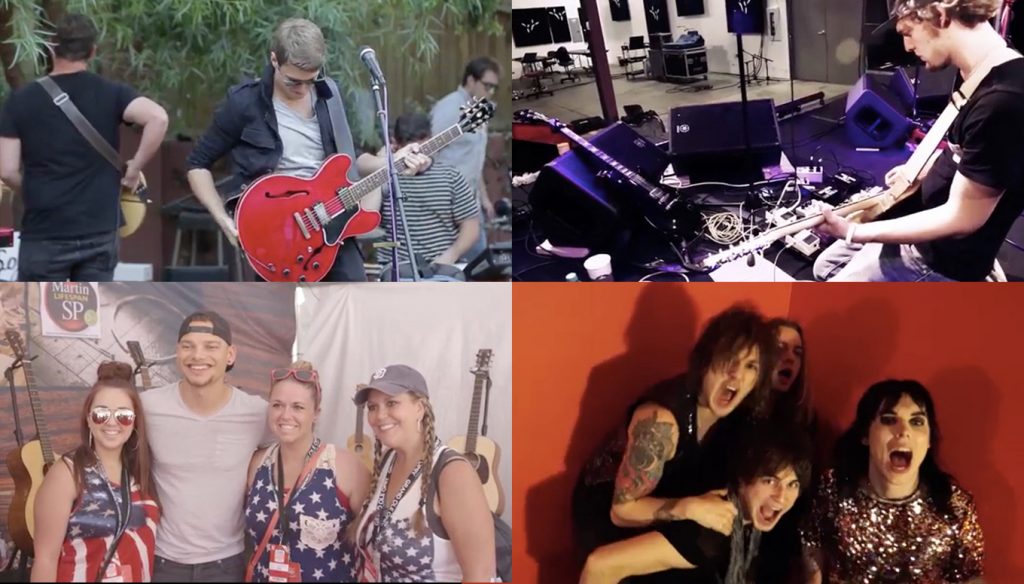 For rising artists, the minutes and hours before hitting the stage are essential. There’s the intoxicating anticipation of playing your own music to devoted fans — but there’s also the worry that it might not go so well. That’s why musicians often stick to a ritual to shake off the nerves and prepare for another top-notch show.

We spoke to our New Music Favorites artists to find out how they chill out and get in the zone before show time. Indie rockers Foxtrax make sure they get goofy and drink some (but not too much) water. For throwback rockers The Struts, there’s makeup prep, practicing, and a bit of rowdiness. Country singer/songwriter Tucker Beathard and his band often play basketball, and, yes, there’s often some drinking involved. Find out more in Ticketmaster Insider’s exclusive behind-the-scenes interviews below.

Nashville country singer Tucker Beathard and his band take it easy during the day before shows. They’ll write songs, play guitar, and talk music. “[We] come up with new riffs and stuff like that,” says Beathard, who released his debut record Fight Like Hell in October. They also like to get out and play some hoops or football to blow off steam. “There’s a lot of hurry up and wait. And a lot of time to kill, so we get into a lot of things,” he continues.

Before show time, though, Beathard always rounds up his band with some uplifting words — and a bit of booze. “Before the show we always, no matter what, circle up side stage, say a prayer and we all put our hands in and say something stupid. And then we each take a pull of tequila and go out and have some fun.”

Before shows, it’s all about the silliness for Foxtrax. “We just kind of like to get a little goofy, chill out, get loose, feel light and limber,” says bassist Jared Stenz. And it shows: before Ben Schneid, we’ve definitely never seen a guitarist wind up his instrument like a baseball bat during practice (you must watch the video).

The three-piece alt rockers also drink a lot of water and, surprisingly, it’s gotten Schneid into some trouble before. “Actually back when we were living in New York City, we drank so much water that we get stuck in terrible traffic and along the way, I have these crazy memories of Ben just having to pee in a bottle,” remembers drummer Jon Stenz.

It’s all worth it once they hit the stage. “Feeling the vibes, walk up on stage. There’s just an energy,” says Schneid, who vividly remembers a recent sold out show at New York City’s Mercury Lounge. “The crowd’s dark. They don’t actually turn the lights on until the energy hits that peak.”

Rising country star Kane Brown makes sure that he’s ready to perform when he gets on the stage. “My fans are actually coming to see me,” says Brown, who notes that he’s typically a laidback guy who doesn’t like big crowds. “It’s crazy that it just came this quick.” The 23-year-old’s fans are his top priority: he even decides which songs to put on his albums with input from his dedicated fan base on Facebook.

At his shows, Brown makes sure his fans get what they paid for. “When I get onstage, those people are there to see me,” continues Brown, whose current headlining tour is sponsored by Monster Energy. “So I want to give them all I can onstage and leave it all onstage.” Considering the packed crowds are singing his songs — including his 2015 hit “Used to Love You Sober” — back at him, we’re pretty sure they’re satisfied. After all, as Brown notes, “you gotta listen to it more than once to actually learn every song.”

Backstage, The Struts channel their rock ‘n roll forefathers: lots of drinking, smoking, and boisterous hanging. The English retro-inspired four-piece makes sure to squeeze in some singing, stretching, and time for getting glammed up too. The party vibe is definitely necessary, especially considering they treat every show like it’s their last ever.

No wonder they do all of that drinking before the show. Let’s just say that we’re hoping they invite us behind the scenes sometime — especially when the rockers, who have supported The Rolling Stones, Mötley Crüe, and Guns N’ Roses, get invited to open for another legendary group.