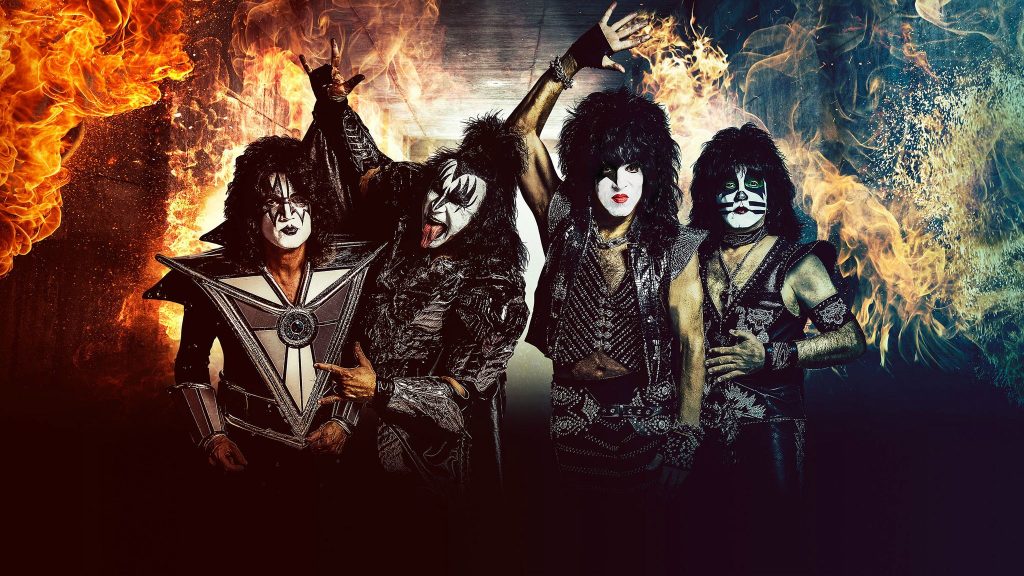 Going to see live music on Halloween is bound to be good time. Not only do audience members tend to show up in costume, but headliners themselves often turn their presentations up a notch, either by wearing costumes or amping up the theatrical aspects of their craft. With that in mind, here are eight of the most memorable shows that took place on (or around) Halloween.

Every day felt like Halloween for Parliament-Funkadelic in the 1970s, between their exquisite costumes and forward-thinking stage setups. However, video evidence of the group’s 1976 gig in Houston shows that the legendary funk band were at the peak of their powers.

Frank Zappa’s New York City Halloween shows had a particularly strong gravitational pull on the passions of his fanbase. While the 1978 gigs went on to be released as live album Halloween 25 years later, the 1977 concert run (which saw the light of day in the film Baby Snakes) is also a favorite.

The Go-Go’s were still fixtures on L.A.’s punk scene when they played this Halloween concert at the supposedly haunted Hollywood Roosevelt Hotel. Judging by recollections from those that were there, the show was a wild one — namely because it ended in a riot, recalled Rick Wilder, who was also on the bill with his band The Mau Mau’s. “Cops came in and stormed the place,” he told V Magazine. “It was after we had already played, but not before Darby [Crash, late Germs singer] had started a fire on the curtains because he didn’t want to get out.”

If you lived in Southern California in the ’80s, going to see New Wavers Oingo Boingo was a rite of Halloween passage. Fronted by Danny Elfman — who has a second career as an in-demand movie-score composer — the group booked annual shows that packed huge venues. Today, members of Oingo Boingo keep the seasonal vibes going by touring the band’s music around Halloween under the moniker Oingo Boingo Former Members.

Nirvana had some pretty epic Halloween concerts during their time, including a 1991 show at Seattle’s Paramount Theatre that revealed the growing impact of the just-released Nevermind. However, the trio’s last Halloween show was also quite memorable: Kurt Cobain came onstage dressed as Barney the Purple Dinosaur and entered into a guitar-solo duel with “Guns n’ Roses’ Slash” (a.k.a. guitarist Pat Smear). Not to be outdone, Dave Grohl was also in Halloween garb, stationed behind the drum kit wrapped up like a mummy. Not shockingly, the widely bootlegged concert was just as raucous and confrontational as other Nirvana gigs of the time.

KISS and Halloween are a perfect match, and so when the hard rockers kicked off their Psycho Circus tour in 1998 at Dodger Stadium, they didn’t need to do much to make the occasion special. Still, this is KISS we’re talking about — and so the concert coincided with the group’s (pre-taped) appearance on the sketch comedy show MADtv and, directly after that, a 30-minute live concert stream on Fox, dubbed KISS Live: The Ultimate Halloween Party. Not to be outdone, Smashing Pumpkins opened the show cosplaying as the Beatles, complete with a drum skin with the Fab Four’s logo and the group covering “Money (That’s What I Want).”

The B-52’s love costumes, and their shows are always riotous dance parties, which makes them an ideal Halloween headliner. In fact, back in 2015, the group started the party early (October 30) on their home turf, with a “Halloween Scream” show in Atlanta. Kate Pierson dressed up as Elvira, while the band’s stage flourishes included spooky hologram skeletons dancing on the backdrop. (For good measure, The B-52’s also did a few concerts under the Halloween Scream banner in 2016.)

Phish‘s Halloween shows are legendary — full stop. The jam band tends to go all-out and cover iconic albums (David Bowie’s The Rise and Fall of Ziggy Stardust and the Spiders from Mars and The Beatles’ White Album to name a few) in full. For their 2018 Halloween show, however, the band one-upped themselves by dreaming up an entirely fictional Scandinavian band, Kasvot Växt, that came complete with an elaborate origin story and mythology. If that wasn’t incredible enough, Phish also wrote an entire album of Kasvot Växt music, í rokk, and performed it live during the night’s second set, while in character sporting dapper white suits.