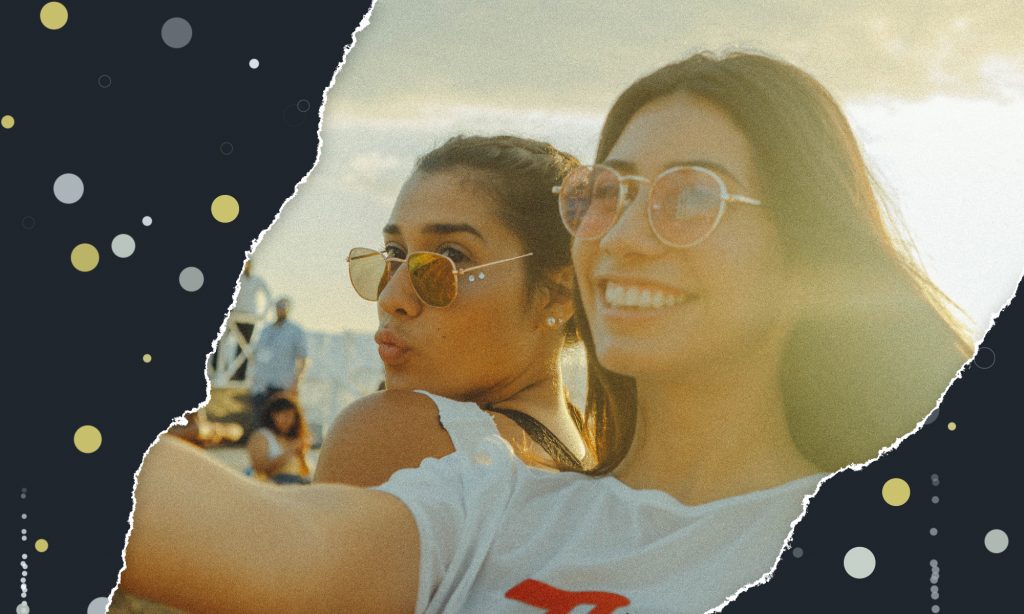 The 2010s saw the live music landscape go into overdrive, between surprise reunions, unforgettable collaborations, spectacular multimedia showcases, stunning Vegas residencies, once-in-a-lifetime festival lineups and even a few chin-scratching moments (hello, holograms). But looking at the jam-packed concert calendar for 2020, it seems the next decade is already shaping up to be just as monumental. Taylor Swift, Billie Eilish, Elton John, Tool, and the always-unpredictable Lady Gaga have big plans, while major annual events like Lollapalooza, Austin City Limits, and Electric Daisy Carnival will be making a welcome return. Here are the top tours and most-anticipated festivals of 2020.

The Lover album is open fields, sunsets, + SUMMER. I want to perform it in a way that feels authentic. I want to go to some places I haven’t been and play festivals. Where we didn’t have festivals, we made some. Introducing, Lover Fest East + West! https://t.co/xw6YMN38WE pic.twitter.com/IhVPQ8DMUG

Taylor Swift has given fans plenty of time to let the sweet thrills, poignant pastels and insightful intricacies of her 2019 album Lover fully sink in. With the exception of a few surprise performances, like her acoustic Tiny Desk Concert, the pop queen has yet to take the album to the stage. But in 2020, she’ll be playing her very own summer festival with Lover Fest West + East, which includes two days in Los Angeles (July 25 and 26) and two days in Foxborough, Massachusetts (July 31 and August 1), because, as Swift puts it, “the Lover album is open fields, sunsets, +SUMMER.”

Billie Eilish: Where Do We Go? World Tour

TICKETS FOR THE “WHERE DO WE GO?” WORLD TOUR ARE STARTING TO GO ON SALE RIGHT NOW IN EUROPE, ON SALE IN A FEW HOURS EVERYWHERE ELSE. all on sale times are on my website 🤗

There’s no denying it: 2019 was the year of Billie Eilish. The prolific teen released her debut album, When We Fall Asleep, Where Do We Go?, to both critical acclaim and massive commercial success, received six Grammy nominations, and even directed her first music video for the song “xanny.” We can’t wait to see what the self-proclaimed “bad guy” has in store for her 2020 Where Do We Go? World Tour, which will kick off in Miami on March 9.

Three pop-punk icons have joined forces for what’s sure to be a hella good time in 2020. Green Day, Fall Out Boy and Weezer will be sharing the bill on the HELLA MEGA TOUR, which will be rocking its way across the U.S. starting on July 17 in Seattle. Upon the announcement of the tour, all three bands shared new singles: Green Day’s “Father of All…,” Fall Out Boy’s “Dear Future Self (Hands Up)” and Weezer’s “The End of the Game.” Here’s hoping they all get onstage together for some killer collaborations.

Tickets are on sale now to see the Eagles – Don Henley, Joe Walsh and Timothy B. Schmit, with Deacon Frey and Vince Gill – perform “Hotel California” live in its entirety plus a greatest hits set. A limited number of LaneOne Premium Packages will also be available, including amazing seats, transportation, preferred entrance, lounge access, commemorative laminate and more. Get tickets now at eagles.com/events

After enrapturing Vegas with three sold-out gigs in September, classic-rock legends the Eagles will be taking their show to select cities around the U.S. beginning on February 7 in Atlanta. But this is no typical performance. Instead, the band will be playing their 1976 classic Hotel California in its entirety, alongside a full orchestra and choir, then filling up the rest of their set with plenty more of their greatest hits.

USA & Canada, the #EltonFarewellTour is headed your way with 24 NEW SHOWS! 🇺🇸🇨🇦 Don't miss getting tickets with the fan verified pre-sale 👇

Elton John has been giving us one long, loving goodbye with his Farewell Yellow Brick Road Tour, which launched back in September 2018 and boasts dazzling performances that span his half-century in the spotlight. The Rocketman — who also just released his “first and only autobiography,” Me — is finally ready to hang up his most extravagant hat with the last American leg of the tour, which heads to Hershey, Pennsylvania, on April 20 and wraps up in Kansas City, Missouri, on July 8.

Celine Dion dominated The Colosseum at Caesars Palace in Las Vegas for a whopping sixteen years, and in that time span she played a total of 1,141 shows. Still, the Canadian superstar’s voice and heart will go on (sorry, we couldn’t help it!) with her Courage World Tour in support of her newest album, Courage. In 2020 she’ll be heading to Jacksonville, Florida, on January 8, then making her way across the U.S. into April.

Speaking of Vegas sensations, Lady Gaga will be taking over Sin City again to perform both her Enigma and Jazz & Piano shows from April 30 to May 16 (fingers crossed that will be extended). Those into the artist’s fun, funky and freaky side should check out Enigma, a high-powered, dazzling wonderland, while fans of Gaga’s raw vocal chops will want to snap up tickets for the stripped-down Jazz & Piano.

We’re aware of how quickly the tickets to our LA shows sold out and that a lot of people missed out on them. Good news, we were able to make some additional seats available for tomorrow’s (Monday) show. Grab ‘em quick, there aren’t many (link in bio). Photo credit: Jimmy Hubbard for @revolvermag

Tool finally pleased the masses after a too-long thirteen-year wait when they released their fifth studio album, the monstrous Fear Inoculum, in August. The prog-metal iconoclasts — who consistently put on one of the most mind-bending shows you’ll ever see — went on to sell out concerts throughout 2019, so they decided to add a few more for the new year, starting on January 10 in San Diego.

Post Malone ended 2019 as Spotify’s most-streamed artist of the year. Along with all those online plays, the rapper and veritable “rockstar” proved his worth on the stage with his Runaway Tour, which he’s decided to extend into 2020 to support his chart-topping album, Hollywood’s Bleeding. Swae Lee and Tyla Yaweh will return as openers when the tour kicks off on February 4 in Omaha.

Maroon 5 have big plans for the summer, when they’ll be taking over amphitheaters, pavilions, basketball arenas and baseball stadiums across the U.S. Adam Levine and co. will begin their summertime jaunt on May 30 in Chula Vista, California. Along the way, they’ll be playing in a few iconic locations like Chicago’s Wrigley Field and Boston’s Fenway Park with special guests Leon Bridges and Meghan Trainor.

America’s largest electronic dance festival will be returning to the Las Vegas Motor Speedway and already promises to be the biggest and brightest yet — just look at that trailer. Last year’s lineup included David Guetta, Deadmau5, A$AP Rocky, Diplo, Idris Elba, Tiesto, Kaskade and plenty of others. Keep checking to find out who will be bringing the beats — and drops — in 2020.

Back for another jam-packed four days of pop, rock, rap and nearly everything in between, Bonnaroo will be taking over the Great Stage Park in Manchester, Tennessee, once again. The 2019 lineup was led by Phish, Childish Gambino, Post Malone, Odesza and The Lumineers. Stay tuned to see who will make their way to the farm in 2020.

We might never get over that headlining set from @twentyonepilots 😱 Photos by @charles.reagan & @rohofoto

Since launching as a touring festival in 1991, Lollapalooza has been the place to see the best in music, year in and year out. In 2020, the four-day extravaganza will be held July 30-August 2 at Grant Park in Chicago. Last year featured headliners Ariana Grande, Childish Gambino, Twenty One Pilots and The Strokes. Stay tuned for the lineup announcement for 2020.

If summer fests make you sweat just a bit too much, it’s best to wait for autumn in Austin. In 2020, the Austin City Limits Music Festival will again stretch over two weekends, October 2-4 and October 9-11, at Zilker Park in the Texas capital. Last year’s long list of headliners included Guns N’ Roses, Mumford & Sons, Childish Gambino, The Cure, Cardi B, Billie Eilish, Tame Impala and Robyn. The 2020 lineup hasn’t been revealed yet, but is pretty much guaranteed not to disappoint.