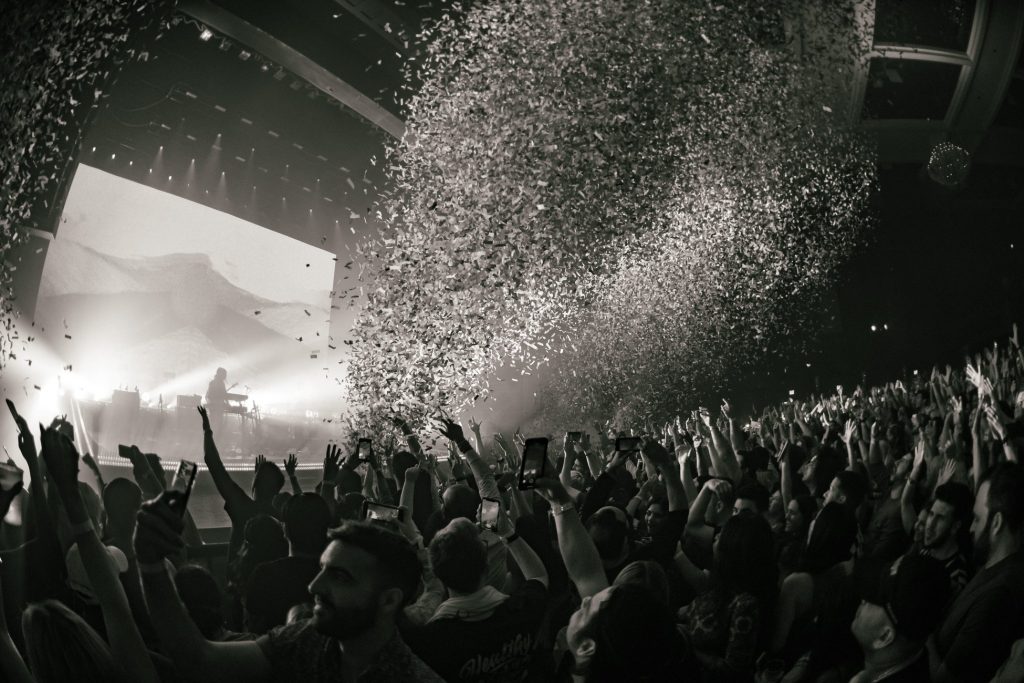 Originally the Miami Beach Municipal Auditorium, this Art Deco jewel was the place to catch Frank Sinatra and Bob Hope in their heyday. It became a famed television studio that hosted tapings of The Ed Sullivan Show, the Miss America pageant and The Jackie Gleason Show. (The theater was renamed in Gleason’s honor following his death in 1987, by which point it had become a popular venue for touring Broadway productions.) In 2007, the room received a rock ‘n’ roll makeover and became the Miami Beach branch of the Fillmore franchise, with space for 2,700 revelers.

The Fillmore Miami Beach is a desirable destination for veteran artists who could normally fill arenas, but prefer a more intimate experience. In recent years, iconic acts like Madonna and New Order have performed multi-night residencies. It’s also a prime spot for A-list indie-rock bands like Vampire Weekend, Interpol and Modest Mouse, as well as celebrity comedians like Bill Maher and Dave Chappelle.

The Fillmore Miami Beach is just steps away from the city’s famous Lincoln Road outdoor pedestrian shopping mall, which features pre-show dining options for any taste, be it gourmet pies at Pizza Rustica, sushi at Doraku, or a double cheeseburger at Shake Shack.

What are the Fillmore Miami Beach at the Jackie Gleason Theater parking options?

For most shows, valet parking is available at the venue’s front driveway for $25 (cash only) or in advance through Ticketmaster. There is also limited street parking, as well as a municipal parking garage one block away at the corner of 17th Street and Convention Center Drive.

No, but there are full-service bars inside the venue.

What are the seating options at Fillmore Miami Beach at the Jackie Gleason Theater?

Depending on the performer, shows at the Fillmore Miami Beach may feature full-seating configurations (divided between lower-level orchestra sections and the upper mezzanine level) or a standing-room-only pit in front of the stage with general-admission seating on other levels.

What are the Fillmore Miami at the Jackie Gleason Theater’s safety & security guidelines?