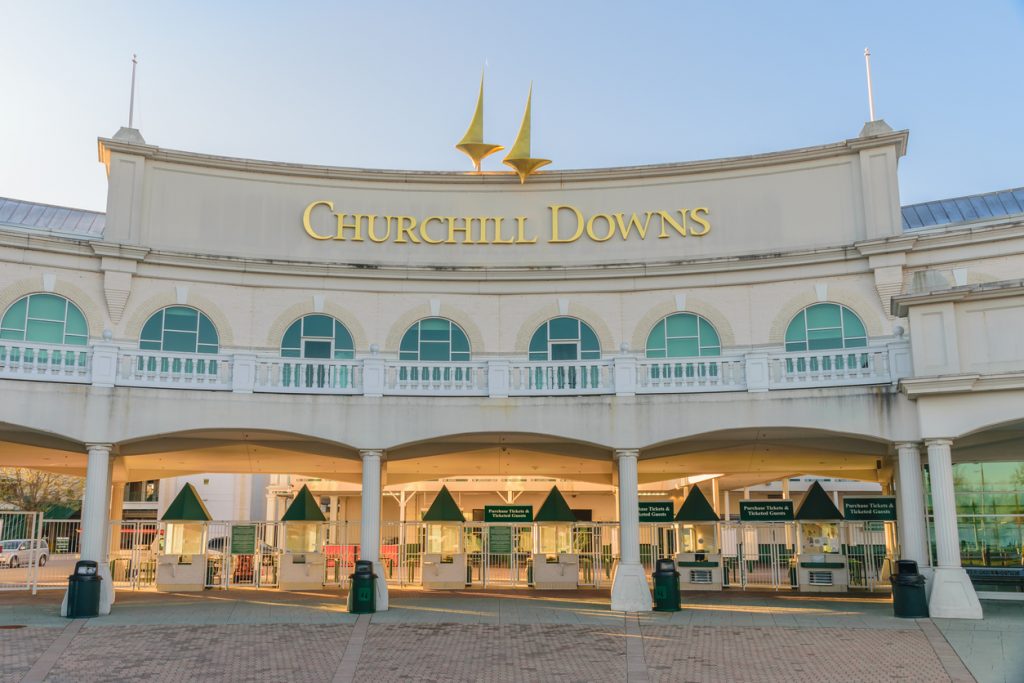 Although long known as a bourbon lover’s paradise, Louisville has also grown into a must-visit entertainment destination. The annual Forecastle Festival continues to build on the legacy of the city’s thriving indie-rock underground — My Morning Jacket call Louisville home, for starters — while the city’s many venues give the nightlife an eclectic vibe. Here’s the lowdown on where to go in Louisville to see the best sports, theater, and music.

Sports and Music Venues in Louisville

@shawnmendes and @alessiasmusic sold out the #KFCYumCenter tonight with the help of you all! Thanks so much for coming out tonight! What was your favorite song?! 📸: @doanephoto

Located near the Ohio River, the KFC Yum! Center has enhanced Louisville’s reputation as a top-tier sports and music destination. Opened in 2010, the arena boasts a 1.5-acre plaza, an impressive array of food and drink options, and plenty of parking — to the tune of over 21,000 parking spaces within five blocks of the venue. Best of all, the spacious arena (capacity is 17,500 for end-stage concerts and 22,090 for basketball games and center stage concerts) offers diverse entertainment options. It’s home to the University of Louisville men’s and women’s basketball teams (go Cardinals!), and regularly hosts concerts from music superstars. In 2019, the KFC Yum! Center also hosted the prestigious NCAA Men’s Basketball – South Regional games.

The gates are open! Come join us for #DownsAfterDark! 🌙 ✨ Tonight’s theme is: Bourbon and Beats! Listen to some great DJs, sip some 🥃 and enjoy a night of great horse racing!

Few venues can rival the history and legacy of Churchill Downs. Opened in 1875, the track is best known for hosting one of horse racing’s crown jewels, the Kentucky Derby. Up to 170,000 people flock to Churchill Downs annually to sip on mint juleps and watch the beloved Thoroughbred race. However, that early May competition is merely the start of racing season at the venerable space, which also books twilight and all-day live races, as well as simulcasts, family-friendly days and special holiday events. In 2018, Churchill Downs also had the honor of hosting another major racing event, the Breeders’ Cup.

The @grlwood_band album release show was bananas!! So proud and fortunate to have a local scene like ours❤️ 📸: @willfenwickness

Although Headliners Music Hall opened as a concert venue in 1998, it’s deeply intertwined with Louisville’s rich whiskey history. In fact, the open-concept, 700-capacity space once served as a cafeteria for an adjacent distillery, and the building itself hosted big-band rehearsals during Prohibition. Nods to these bygone eras are still present — look no further than the circa-1939 murals on the wall — although the music bookings are decidedly modern, and hew toward up-and-coming as well as veteran rock, indie, hip-hop and Americana acts.

JUST ANNOUNCED 🇺🇸🤘 @official_ThunderstruckUS: America’s AC/DC Tribute will make their glorious return to our stage for TWO NIGHTS on Friday, December 20th and Saturday, December 21st! Live Nation Presale begins Wednesday at 10AM (use code: ROCKSTAR). On sale to the public Friday at 10AM!

Not every music venue is located in a Tudor-Gothic building on the National Register of Historic Places. Then again, downtown’s 900-capacity Mercury Ballroom — located in the ornate, colorful Wright-Taylor Building, which once housed offices for the distribution company behind Old Charter bourbon whiskey — deserves to operate in such a unique space. The standing-room, general-admission venue, which opened in 2014, boasts a first-class sound system and eclectic, cross-genre booking practices.

Located several blocks directly south of the KFC Yum! Center, and kitty-corner from the Kentucky International Convention Center, Bourbon Hall is one of Louisville’s newest venues, as it opened in May 2018. However, the 2,500-capacity space has a storied history: It was once a dance club called Coyote’s that hosted acts such as Garth Brooks and George Strait. Today, the standing-room venue is a mecca for hip-hop—Rich the Kid and Gucci Mane have graced its stage — as well as classic country and hard rock.

Although located a bit off the beaten path, a little over eight miles south of downtown, the Tiger Room is a destination well worth seeking out. The intimate, standing-room space allows crowds to get up close and personal with artists onstage. Luckily, the Tiger Room’s booking runs the genre gamut, from post-rock, metal, hard rock, and hip-hop.

Located right next door to the Mercury Ballroom in the heart of downtown, the Louisville Palace originally opened in 1928 as a movie theater. The space continued showing films through the early ’70s, but was eventually reopened as a performance venue in 1994. Today, the 2,800-seat theater boasts plenty of old-school glamour — look no further than the gorgeous, chandelier-laden lobby and Spanish castle-like flourishes near the stage — and a diverse booking schedule that encompasses pop, rock and country music, as well as theater and comedy. In a nod to its roots, the Louisville Palace also screens select retro movies.

Spent the evening in the room where it happens. 🎶 Within the first minute, I leaned over to Jason and said “This is my favorite musical.” (The opening is THAT good.) Now that it’s over, I stand by my initial reaction. ⭐️ I already can’t wait to see it again, whenever that may be. #Hamilton

Whitney Hall is one of three theaters located at the Kentucky Center for the Performing Arts. Situated just a few blocks west of the KFC Yum! Center, the Kentucky Center opened in 1983 as a hub for theater, dance and music. The sleek and contemporary Whitney Hall — which was named for Robert Whitney, the former Louisville Orchestra conductor — is a 2,377-seat, multilevel space that hosts Broadway-caliber theater productions, performances by the Louisville Orchestra, and other music-oriented offerings.

Louisville you treated us like fam last night, I love youuu 💛. What a magical evening. Thank you @919wfpk for playing my music and inviting me to play in your hometown. I can’t wait to come back to town this October w/ @michaelfranti 🙌🏾😭❤️⁣ ⁣ 📸: @jtylerphoto (photo 1+2)

As its name implies, Waterfront Park is an oasis of green space located along the Ohio River, north of downtown Louisville. Since 2010, the 85-acre enclave has also been the site of the Forecastle Festival, a three-day, activism-oriented extravaganza that’s become one of the pre-eminent summer music festivals in the U.S. In fact, almost 70,000 people now converge on the city for Forecastle, which boasts a diverse lineup spanning indie, Americana, rock ‘n’ roll, hip-hop and soul artists, as well as the locally focused food and drink experience Bourbon Lodge™.