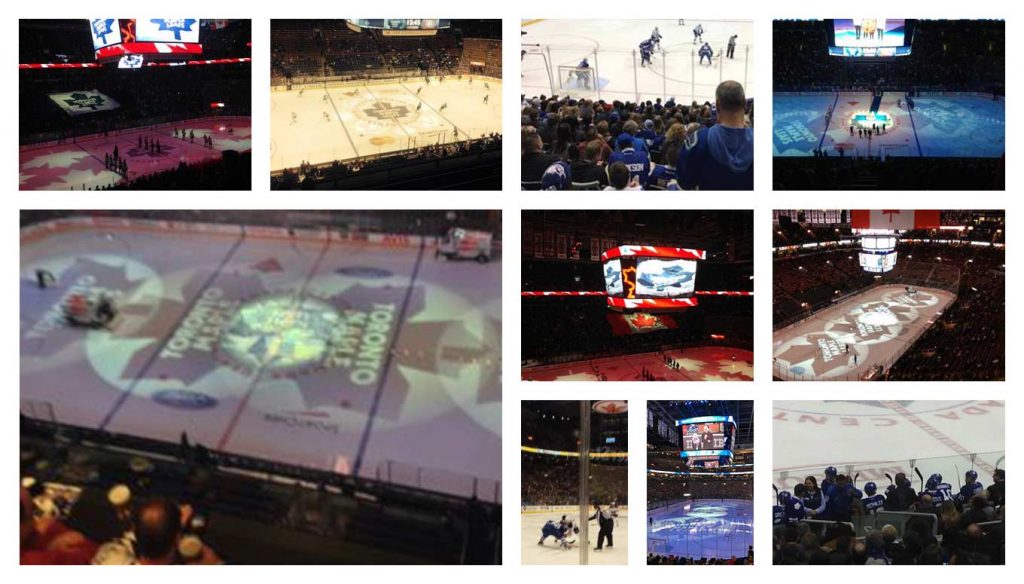 The Toronto Maple Leafs have one of the more storied histories in the National Hockey League. Major victories, like Stanley Cup Wins that date back to the team’s initial incarnations as the Toronto Arenas and Toronto St. Pats in the 1910s and 1920s, are remembered by the everyone who cheers the team on.

The Maple Leafs have 13 Stanley Cups and five division championships, along with 63 former players and 19 former coaches, administrators, and owners – 82 all together, and some Leafs die-hards can name them all from memory – in the Hockey Hall of Fame.

A history like Toronto’s is best when cheered on by proud, loud fans, so it’s no surprise the Maple Leafs have some of the strongest supporters for any team, anywhere.

The Leafs salute the crowd. #TMLTalk

Community involvement is the clear sign of a team that really cares about its fans. For the Maple Leafs, that support comes through its charitable arm, the MLSE Foundation. It focuses on improving the lives of kids across the province. Support for the Hockey Fights Cancer initiative and Toronto’s Hospital for Sick Children are also priorities.

Hockey Fights Cancer’s most recent fundraising efforts – with team management, players and fans all playing a role – resulted in a donation of $300,000 in late 2016 to Camp Trillium. This group of facilities spans across Ontario, offering fun and relaxing experiences year-round to children fighting cancer and their families.

Many widely recognized names root for the Leafs, including:

Mike Myers is in the house at Barclays Center cheering on the Leafs! #TMLtalk

There are also Leafs superfans known best for their commitment to the team. Mike Wilson is a longtime fan who has more than 2,000 pieces of Leafs memorabilia and the displays to match. He spends plenty of time continuing to build his personal collection and support the team in a very unique way.

Opened in early 1999, the Air Canada Centre is one of the best in the sport of hockey and a great home for both the team and its fans. Smoked meat patty melts, Mexican food, sushi, poutine, and plenty of delicious foods not often seen in most other arenas are available inside the Centre.

There’s also a complete elegant restaurant experience at the Hot Stove Club, which is full of touches of leather, rich wood and marble – not to mention a menu that features raw bars and dry-aged cuts of meat.

Beyond food, the arena features a state-of-the-art sound system from Bose. That means fans never miss out on hearing who scored an unexpected goal, whether they’re out in the concourse, grabbing a quick bite, or just picked the wrong moment to look at other game’s scores on their phone.

Staying in touch with the team

Staying connected with the team at all times is vital for big fans. The Leafs are active on Twitter and Facebook, just to name a few.

Having a Facebook or Twitter account also makes it easy to sign up for Leafs Nation, where membership gains you access to everything from exclusive ticket giveaways and discounts on team gear to exclusive player profiles and video features as the season rolls on. For news on the go, there’s the official team app, making sure fans don’t miss a minute of action on or off the ice.