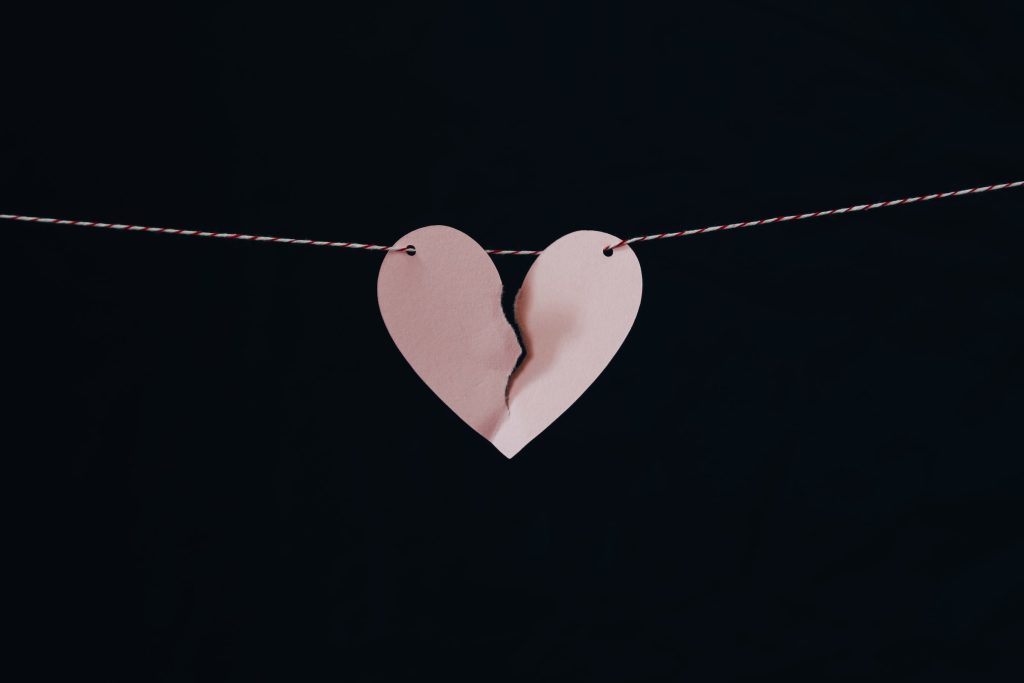 Whether you’re looking to sing your pain away, ask for forgiveness or forget about that ex who broke your heart, there’s a breakup song for you. Here’s our list of top tunes for singing along to at top volume with your best friend or ugly crying alone into your pillow.

If you’re looking for a good post-break-up cry, watch the 10-minute music video/short film Taylor Swift wrote and directed for her single “All Too Well.” Nominated for a 2023 Grammy for Song of the Year, “All Too Well” adeptly captures the specific details of a past relationship that’s lost but not forgotten. The short film, starring Sadie Sink of “Stranger Things” fame, portrays the end of a passionate love affair in vivid technicolor, but somehow manages to offer comfort alongside the heartbreak, reminding us we’re not alone.

This emotive ballad about heartbreak and regret earned 2023 Grammy nominations for Record of the Year and Song of the Year, and was co-written by Adele with producer Greg Kurstin. In the song, Adele asks her former lover to go easy on her because she was still young when they were together and hadn’t yet discovered who she really was, and her earnestness and regret is palpable. Singing along with Adele when you’re missing someone will cure whatever ails you.

This melodic doomsday ballad imagines the day when California falls into the sea, and while Ashe and Finneas contend it’s more about friendship than romantic love, the song’s lyric could definitely read the other way. “We’ve been living on a fault line

And for a while, you were all mine, I’ve spent a lifetime giving you my heart, I swear that I’ll be yours forever, ‘Til forever falls apart.” While this might be a less than comforting sentiment, watching the two real-life friends dancing together in the desert in the song’s video will definitely put a smile on your face.

This pop breakup ditty is a bit more lighthearted than the other tunes on this list, with the protagonist seemingly already at peace with the fact that both parties are ready to move on, go their separate ways and start fresh with someone more compatible. Tinged with a tropical beat, this one’s better suited for the dancefloor than the bedroom with a bottle of wine and a box of tissues.

Producer benny blanco and singer/songwriter Gracie Abrams team up for this emotional piano pop ballad. The protagonist confesses that she “freaks the f*** out” when her significant other hangs out with friends and comes home tasting like wine. Even though not everyone will admit it, it’s easy to relate to these insecurities in love.

6. Lewis Capaldi — “Leaving My Love Behind”

The Scottish singer/songwriter bares his heart and soul on another heartfelt piano ballad. Emotively pleading to his lover to let him know if they’re “leaving his love behind,” the singer clearly doesn’t want to part ways but is ready to accept it if the object of his affection is ready to move on.

The Grammy-nominated and Brit Award-winning singer/songwriter shows off his ability to tell a sad but compelling story in “Incomplete.” Telling the tale of someone who’s deeply enamored with his beloved but knows that things will eventually change, “the world will turn and we’ll grow,” it’s inevitable that they’ll drift apart and learn how to be “incomplete.” It’s hard not to think of at least one relationship we knew all along would end this way.

Singer/songwriter Charlie Puth laments being unlucky in love in this upbeat, poppy number. Complaining that “girls are all the same” and “all they wanna do is break my heart,” it’s likely that more than one person out there can relate.

Iraqi/Canadian singer/songwriter Ali Gatie reminisces about lost love and someone he can’t get out of his mind no matter how hard he tries on “Can’t Lie.” It’s a tearjerker for sure, so have the Kleenex ready if you’ve recently been through a tough breakup.

The ultimate angry breakup kiss-off tune, “abcdefu” is an irresistible sing-along song that leaves no doubt how the singer feels about her ex. Starting off the song with — “F*** you and your mom and your sister and your job, And your broke-a** car and that s*** you call art, F*** you and your friends that I’ll never see again” — it’s clear the singer has been spurned and isn’t letting anyone off the hook. It’s no surprise this modern revenge tune charted around the world and reached No. 1 in the UK and Ireland.

Putting a new spin on “it’s not me, it’s you,” pop singer Ava Max squarely places the blame for the demise of a relationship on her lover’s shoulders. Singing about a former flame who’s narcissistic and self-centered with a short fuse, she suggests, “You should take your little finger and just point it in the mirror, Baby, maybe you’re the problem.” The video, replete with skiing video games, faux electric chairs and flashing neon, is pure pop pleasure.

Looking for a dose of nostalgia with the best songs of the 2000s? Check out our curated list, brought to you by the entertainment experts at Ticketmaster!