The Most Passionate Celebrity NFL Fans by Team 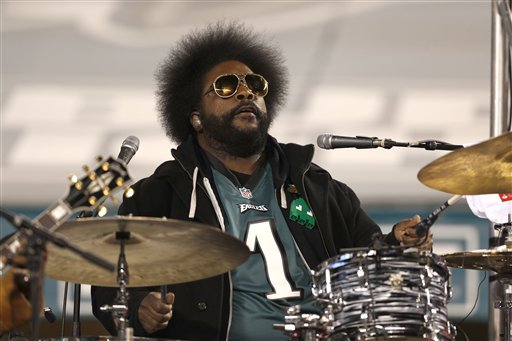 NFL games feature a lot of star power on the field, but on any given game day you might find even bigger stars in the stands. Celebrity NFL fans are often some of the most passionate in the league and show their fandom in different ways. Here is a list of some of the most famous NFL fans and their favorite football teams.

Lil’ Wayne might be a New Orleans native, but he is a self-proclaimed cheesehead for life. His peculiar love for Green Bay started when his Dad watched the Packers defeat the Patriots in Super Bowl XXXI at the Superdome, and bought the family all things green and gold. According to Weezy, the house was filled with Packers towels, cups and everything else imaginable.

Ty Burrell is the the happy go lucky father on Modern Family, but something tells us if the Rams came calling, he would switch careers in a heartbeat. This famous NFL fan has attended practices, suited up in full Rams gear and was even the Rams representative at the 2014 NFL draft.

The famous fast-talker and actor of Wedding Crashers fame is all things Chicago all the time. Seen at Wrigley Field and other Chicago venues, Vince Vaughn’s love for the Bears runs deep. He frequently goes to games and even got the chance to narrate the Bears 30 for 30 film on ESPN.

The Roots may be the house band for The Tonight Show With Jimmy Fallon in New York, but these Philly natives are Eagles die-hards. In addition to rocking Eagles gear on the regular, Questlove and The Roots performed at the 2018 NFC championship game hosted in Philadelphia.

Funny man and Ant-Man actor, Paul Rudd, is very serious when it comes to his love of the Chiefs. Rudd grew up in Kansas, attended the University of Kansas, and also narrated the Chiefs‘ appearance on Hard Knocks in 2007. More recently, the actor was seen wearing a Santa hat and beating the big drum at a Chiefs game.

Mark Wahlberg is a Boston boy through and through. He’s been seen hanging out in the owner’s box with Robert Kraft and pacing the Patriots sideline during Super Bowl LI. “Marky Mark” is also a family man and from the looks of it is quickly turning his family into lifelong Patriots fans.

Chris Pratt’s Parks and Recreation character – the loveable Andy Dwyer – may have been a die-hard Indianapolis Colts fan, but in real life, he cheers for the Seattle Seahawks. Not only is he a fan of the team’s skills on the field, but has gone on record expressing his admiration for how Seahawks players are huge contributors to their local communities, citing Russell Wilson’s weekly visits to healing children in local hospitals as a major stand-up move.

Cheer on your favorite team alongside these passionate celebrity NFL fans – because everyone’s a fan. See a game live this season by purchasing tickets from Ticketmaster – the Official Marketplace of the NFL.