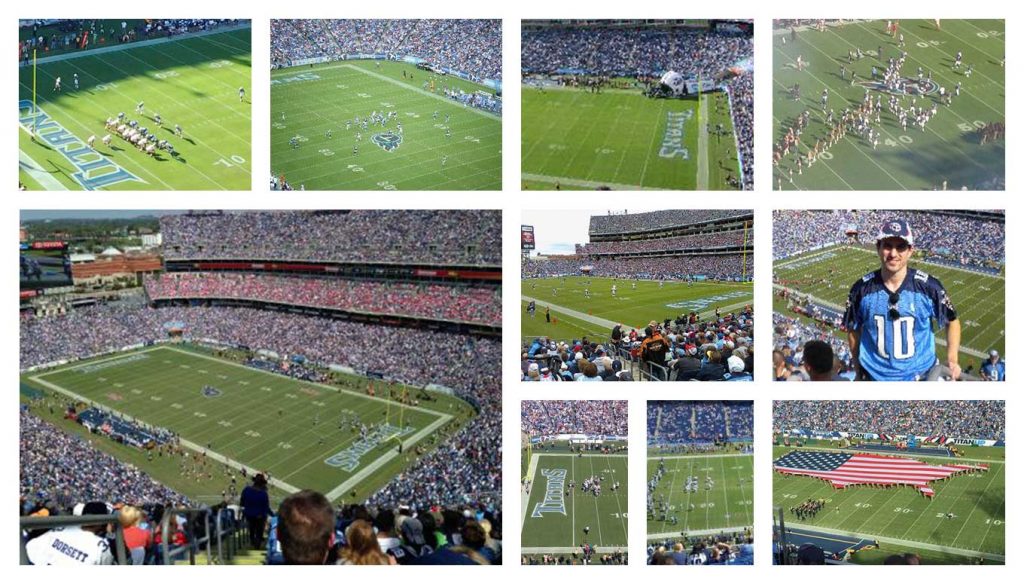 Some football teams choose their names based on things that are relevant to their hometown, like the San Francisco 49ers or the Pittsburgh Steelers. Others, meanwhile, might opt for a powerful animal, like the Carolina Panthers or Atlanta Falcons.

In the case of the Tennessee Titans – formerly the Houston and then, shortly, Tennessee Oilers – it’s a moniker that’s fitting of a truly titanic team. Since moving to the Nashville-based Nissan Stadium in 1999, the team has won one conference championship, three division titles, and made the playoffs six times.

It’s not just the players that are mighty, either, and the fans have created a bond with the team that’s truly superhuman.

Since the team landed in Tennessee, Nashville resident David Cline has made sure he’s always gotten tickets. For years, Cline has been the first to line up outside the stadium to buy tickets. Sometimes he’s alone, the first fan to enter the fray, while other years he has been joined by fellow Titans faithful. But two essential truths remain: Cline’s endless passion for his team, and plans to maintain his ritual long into his twilight years. That’s commitment of titanic proportions.

They may not wait outside for tickets, but husband-and-wife country stars Faith Hill and Tim McGraw are passionate Titans fans. Hill has sung at games, and and even provided the theme song for the weekly Sunday night game broadcast. McGraw, meanwhile, has attended a few different Titans practices, and later parlayed his devotion into ownership stake with an arena football team called the Nashville Kats.

The two superstars make Titans game a family affair, and attend as many home games as their schedules permit. Considering the two hail from elsewhere in the South – McGraw from Louisiana and Hill from Mississippi – their passion is all the more impressive.

For Titans fans wanting to stay up-to-date, the official team app is the way to go. It features all the standard functions:

…as well as some unique add-ons to boot, including:

As if that wasn’t enough online action, fans also have a number of sites/forums to trade stories and swap rumors, including the Hall of Titans Fans and Music City Miracles.