A Rush of Adulation: The Dynamic of Fans and the San Diego Chargers 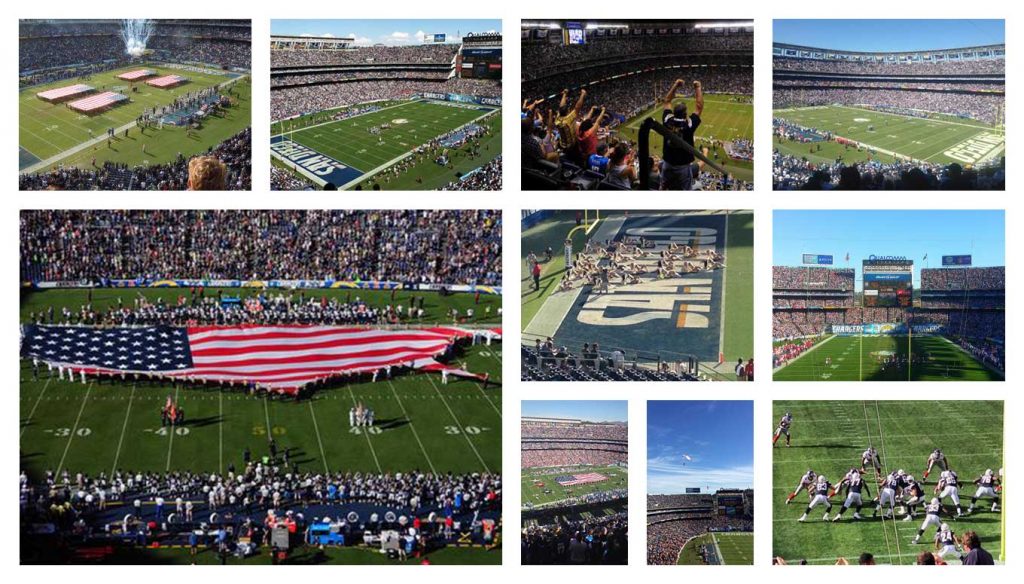 A few teams have come and gone over the years – including the Rams – but even when presented with the option to move elsewhere in the Golden State, the San Diego Chargers have remained firm.

A major reason has to be the team’s success, considering they’ve won a league championship and over 15 division titles. But another consideration is the fan base the Chargers have developed in the last 50-plus years. Throngs of folks have grown up wearing the team’s iconic navy blue gear, forming the kind of connection that makes for truly historic football.

History you can see
The Chargers have a long and rich history, one they’re happy to share with long-standing fans and visitors to Qualcomm Stadium. But in case that history isn’t quite real enough, the Chargers brought it to life in 2014 with a series of 37 light ring banners, a series of large-scale signs hung under the stadium’s lighting rig. Each one displays a different piece of the team’s storied past, including famous players and coaches, championship wins, significant games, logos and helmet designs, and much more. It’s an important way not only to add something new to Qualcomm, but to ensure that San Diego Chargers fans know just how much the team relies on their continued passion and commitment.

Charging into the future
Like other teams in the league, the Chargers have embraced technology as a way to improve the fan experience. That includes a state-of-the-art mobile app with breaking news, real-time stats, an in-depth roster breakdown, and schedules. The app is also one of the first to integrate the Socialize function. With it, fans can share their thoughts one-on-one, encouraging spirited debates as the game marches on. But the Chargers’ dedication to fans goes much deeper. The team’s official website, Chargers.com, also made use of the “Virtual Venue”: Using a 3D, completely rotatable camera, fans can experience the view from any seat in Qualcomm. That way, they can make sure they’re getting the best seat in the house, whether they’re looking for that perfect view of the field or something closer to the concession stands.

Celebrity Chargers
With its picturesque beaches, who wouldn’t want to spend some quality time in San Diego? The city is especially attractive when you can easily catch a Chargers game the very same day. As a result, the Chargers have drawn in a wide swathe of fans, including more than their fair share of celebrities:

Hometown rockers P.O.D. also rep the Chargers. In fact, the band went as far as to show their passion by writing a song, the aptly-titled “Chargers Anthem.”

Connecting through the web
The Chargers have their own presence on social media, including fairly popular @Chargers at Twitter and Chargers at Snapchat accounts. Individual players are super active on these platforms, and they use Tweets and Instagram posts to reach out to fans. Some use social media simply to stay in contact or answer burning preseason questions. Others, meanwhile, find ways to engage fans online, eliciting help for causes like water safety in San Diego or the United Way Draft. And others have even shared Chargers-related fan art. It’s the little gestures like these that make one thing very clear: The endless support of passionate fans keeps the Chargers running.