Q&A with ON YOUR FEET! Actor Eduardo Hernandez 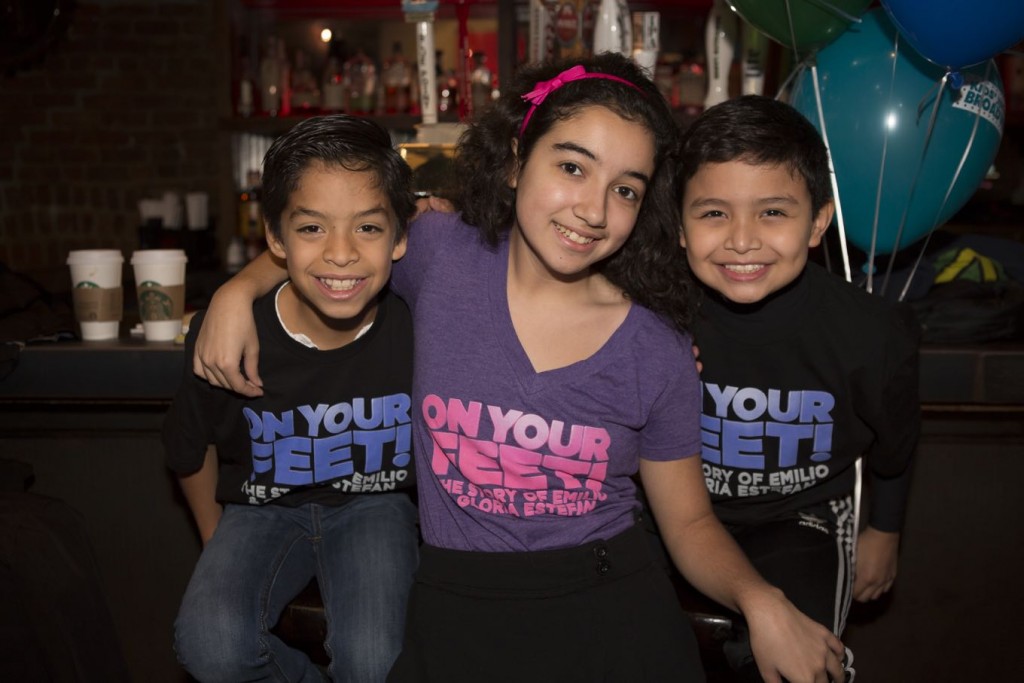 Pro tip! Check out Kids Night on Broadway, which takes place on Feb 9 in NYC and offers free admission to participating shows for kids under 18 accompanied by a full-paying adult.

The iconic songs and inspiring lives of Emilio and Gloria Estefan take center stage in the spellbinding, body-shaking new musical ON YOUR FEET! A powerhouse cast and creative team are bringing the tale and tunes to life, including young dancer and actor Eduardo Hernandez who’s playing not one but three roles (Nayib, Little Emilio, and Jeremy). We caught up with Eduardo after his Broadway debut to talk about his part in the musical, his dream role and super powers, and so much more.

Ticketmaster: Tell us a bit about your background and how you initially got involved in acting.

Eduardo: Before I was in ON YOUR FEET! I was a competitive Latin Dancer. I competed (and won!) in the 2014 Latin Dancer Cup and was a semifinalist on “America’s Got Talent.” The producers of OYF saw a video of me dancing, and got in touch with me. This is my first acting experience!

Ticketmaster: What’s On Your Feet! about and what’s your role?

Eduardo: On Your Feet! is the story of Gloria & Emilio Estefan. I play the roles of young Emilio and Nayib (the Estefan’s son) and Jeremy. I am making my Broadway debut in the musical.

Ticketmaster: How do you normally prep for an audition or a play? Any particular songs that get you pumped up?

Eduardo: I normally prepare myself for an audition or play by reading the script and practicing the choreography. As far as what songs get me pumped up, I love to listen to Salsa music.

Ticketmaster: What’s your dream role and why?

Eduardo: My dream role is playing a role like Will Smith does in The Fresh Prince of Bel-Air. He’s so funny!

Ticketmaster: Who’s your biggest role model and why?

Eduardo: My biggest role models are my dad and my brother because they’re extremely hard working and never give up.

Eduardo: I would create “Star Wars the Musical,” and Will Smith, Ana Villafañe (who plays Gloria Estefan in ON YOUR FEET!) and I would star in it.

Ticketmaster: Do you plan to pursue acting for the rest of your life? If not, what do you want to be when you grow up?

Eduardo: I plan to continue acting for the rest of my life. If I don’t, I would like to be a soccer player.

Ticketmaster: What advice would you give to young aspiring actors?

Eduardo: I’d tell them to practice a lot, work hard, and most of all, be humble.

Ticketmaster: If you could have any super power in the world, what would it be and why?

If I could have any super power in the world it would be to have super strength, because I’m already pretty strong.

Ticketmaster: How have your parents/family been involved in your acting career?

Eduardo: My family have always been supportive and encouraging with my acting and dancing career.

Ticketmaster: What are some steps you take to balance school, family life, and acting?

Eduardo: Sometimes it’s really hard trying to balance it all, so I like to make a schedule so I can make sure to fit everything in.

Ticketmaster: Can you give us a link to a YouTube video that you like or that means a lot to you (it can be anything you want!) and tell us why you chose it?

Eduardo: My favorite video is of my dancer partner, Beverly, and I doing our routine at the finals of the World Latin Dance Cup. It was a dream come true to win first place, and lead me to star in ON YOUR FEET!

Eduardo: I love my fans and I hope all of their wishes come true!

Catch ON YOUR FEET! at Marquis Theatre in NYC. Want a great deal on tickets to Broadway shows? Check out Kids’ Night on Broadway to get a free kids’ ticket with a full-paying adult ticket. And be sure to stop by Minimaster for more big fun for little fans.