Step Inside AT&T Stadium: Home of the Dallas Cowboys 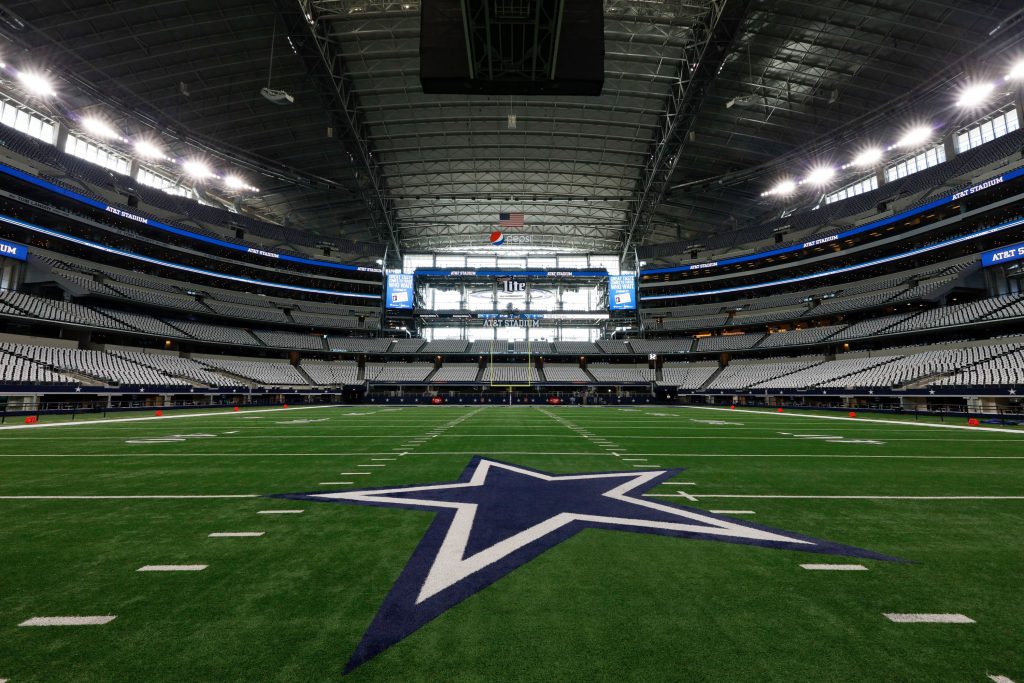 Step inside AT&T Stadium – home of the Dallas Cowboys and proud record holder for attendance of an NFL game at a whopping 105,121 fans.

“America’s Team” has always been about the biggest and the best. Completed in 2009, AT&T Stadium spans 3 million square feet and cost $1.15 billion to build – which made it the largest and most expensive sports stadium ever constructed at the time. The venue was originally named Cowboys Stadium by owner Jerry Jones before the naming rights were sold to AT&T in 2013 for a reported $17-19 million per year. However, the arena has garnered many nicknames, including “Jerry World” and “The Palace in Dallas.” 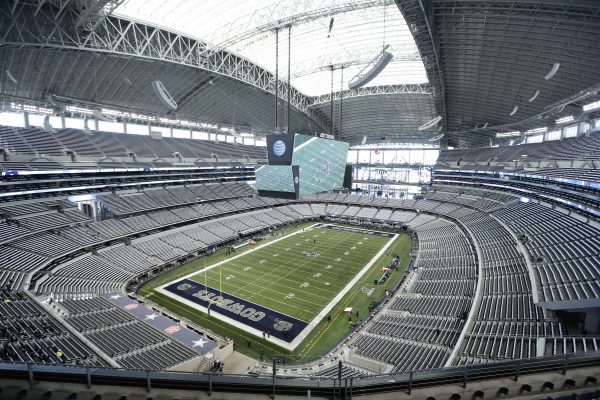 AT&T Stadium features a 105,000 square foot retractable roof, the largest of its kind, along with openable end-zone walls that give an outdoor experience when the weather cooperates. And no matter where you’re sitting, it’s impossible to miss the 600-ton LED screens suspended over the field…

Stretching 72 feet high by 160 feet wide, the Mitsubishi-made screens have a total viewing area of 11,393 square feet – equivalent to over 3,200 52-inch flat screen TVs. This earned a Guinness World Record for the largest high definition video screens in the world, until they were surpassed in 2014 by the screens at TIAA Bank Field (home of the Jaguars). The scoreboard is so close to the action that punters have hit it during games, resulting in the NFL giving the stadium its own rule – balls that hit the screen must be re-kicked.

Things To Do At AT&T Stadium

If you have the time, you can take a tour of the stadium’s carefully curated art galleries or dine at the Stadium Club – a 19,000 square foot restaurant offering first-class dining with the comfort of a sports bar atmosphere. The many concession stands around the arena go beyond the basics, offering delicious items like gourmet nachos and fire roasted turkey burgers. And for those on a budget, the Cowboys “Party Pass” sections offer unique standing room only tickets to fans at affordable prices.

AT&T Stadium also features a unique “fan experience board” – a robotic, 130 foot LED display that fans interact with via the Cowboys app. You can upload fan videos and photos to be displayed on the big screens and, during the most intense moments of the game, unite with the rest of the crowd to make the display move, rumble, and flash.

Beyond the football on the field, a highlight of every home game is the Dallas Cowboy Cheerleader halftime show. Widely respected as one of the best cheerleading squads in the NFL, these talented women endure a grueling tryout process where 600 aspiring women from across the country compete to be one of “America’s Sweethearts.” And when they’re not pumping up the crowd with their dazzling routines, the squad’s outreach off the field raises money for notable charities such as the Salvation Army, the March of Dimes, and the Make-A-Wish Foundation.

In addition to hosting every Dallas Cowboys home game, AT&T Stadium can be outfitted for a variety of other big-time sports events and concerts. The arena has staged the 2010 NBA All-Star Game, the 2015 College Football National Championship, and routinely hosts the AMA Supercross Championship. It’s also housed unforgettable concerts for music icons such as Taylor Swift, U2, Coldplay, Kenny Chesney, and Beyoncé.

Don’t miss a moment with “America’s Team.” Purchase tickets here or in the widget below from Ticketmaster – the Official Marketplace of the NFL.