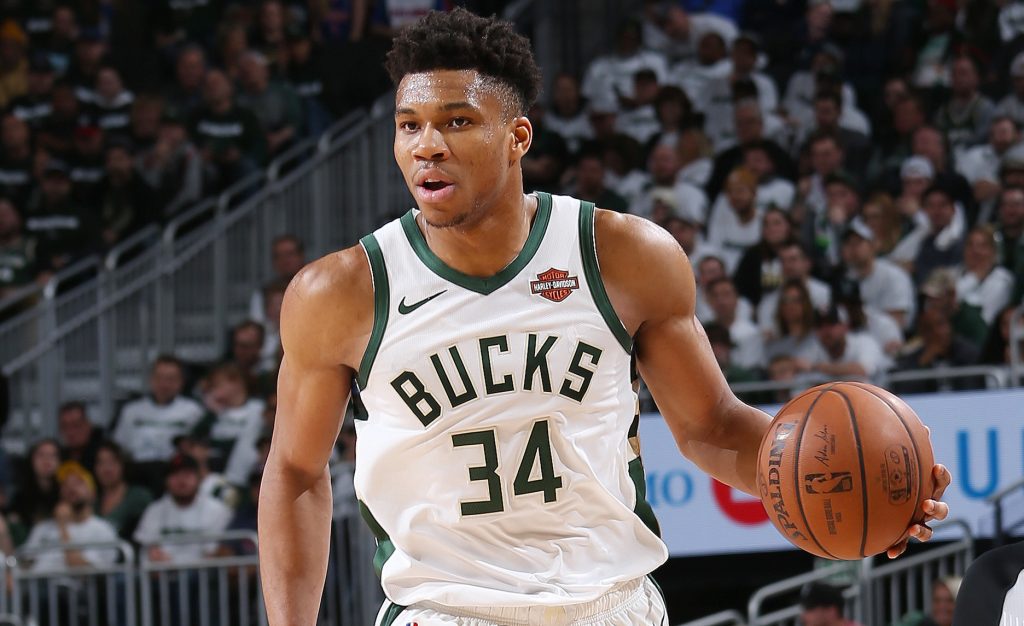 The 74th season of the NBA is nearly here, and it’s looking to be one of the most competitive of all time. The landscape is dramatically different now after an especially active offseason: some of the best players on the best teams signed new contracts with different teams — and teams that already showed promise added new muscle to their roster.

Because we can’t wait to see what the new season brings, we’ve rounded up some of the most highly anticipated matchups below. Let the countdown to the first tipoff begin.

Damian Lillard had a career-defining performance in Game 5 of the Blazers’ opening round matchup against Oklahoma City, scoring 50 points including a series-clinching 37-foot three-pointer for the ages. Jusuf Nurkić will remain on the Portland sidelines for a while, but his presence during Game 5 after sustaining a season-ending leg injury in March has added to the already-growing legend of this game, as should the rematch between the two Northwest Division rivals early in the season.

Back in action. #LakeShow

Anthony Davis returns to the Smoothie King Center for his first game back since being traded to the Lakers in the offseason. He and new teammate LeBron James will be facing No. 1 draft pick Zion Williamson, along with former Lakers Lonzo Ball, Josh Hart and Brandon Ingram, who came to New Orleans as part of the Davis trade.

The fates of the Nets and Celtics have been intertwined since 2013, when Kevin Garnett, Paul Pierce and Jason Terry were traded to Brooklyn in exchange for five players, three first-round draft picks and a pick swap in 2017. While Boston was able to draft Jaylen Brown and Jayson Tatum, and to trade for Kyrie Irving, the Nets eventually were able to rebuild and showed promise last season. With the addition of Irving — and in 2020, Kevin Durant — the Nets are ready to give Boston some serious trouble.

Last season the Denver Nuggets eked out a Northwest Division title by one game over the Blazers, only to fall to Portland in one of the more exciting Western Conference Semifinals in recent memory. The Nuggets took the Blazers to the limit, with Portland winning in quadruple-overtime in Game 3, but Denver held on thanks to the efforts of Jamal Murray and Nikola Jokić until the decisive Game 7, when CJ McCollum’s 37 points were too much for them.

In what may be a preview of the Eastern Conference Finals, Giannis Antetokounmpo and the Bucks fly to Philadelphia for a Christmas day showdown. This is the first Christmas home game for the Sixers since 1988, as the Wells Fargo Center (and previously the Spectrum) have historically hosted Disney On Ice during the holiday week, leading to late December road trips for both the Sixers and Flyers. (Disney On Ice starts in Philly this year on December 27.)

Good to be home.

Christmas has long been a showcase for the marquee teams and matchups in the NBA, and while this year is no different, there is a new flavor to the late-night contest. Two-time NBA Finals MVP Kawhi Leonard has joined the Clippers along with Paul George, joining Patrick Beverley, Lou Williams and Landry Shamet on an already solid team poised for a deep playoff run.

Russell Westbrook’s name has been synonymous with the Oklahoma City Thunder since he was drafted by the franchise six days before they officially moved from Seattle in 2008. Now he is rejoining former teammate James Harden on the Houston Rockets with the hopes to make it to the top of a hyper-competitive Western Conference.

Dread it. Run from it. Destiny still arrives. #WBD @zionwilliamson

The top two picks in the 2019 NBA Draft will take the court on national television this Martin Luther King, Jr. Day. Ja Morant was drafted second overall by the Memphis Grizzlies after having a breakout season for the Murray State Racers. And while The Pelicans nabbed Zion Williamson out of Duke — the crown jewel of the 2019 draft — they lucked out further by drafting Nickeil Alexander-Walker and Jaxson Hayes to go with a mix of young and veteran talent already present in the Crescent City.

The hopes of Sixers fans rooting for an upset of the Toronto Raptors rose, bounced and fell in the final seconds of Game 7 of the Eastern Conference Semifinals thanks to Kawhi Leonard’s series-clinching shot. Although Leonard is now a Clipper and won’t be there to deliver the final blow as he did in May, the World Champion Raptors continue to be a force to be reckoned with, and the Sixers have made improvements in the offseason to prevent a similar fate in 2020 and beyond.

The decade-long rivalry between Steph Curry and LeBron James continues in this late-season showdown at Staples Center. At least one of the two superstars have appeared in the last nine NBA Finals, with LeBron’s Lakers looking to prevent Steph’s Warriors from winning a sixth consecutive Western Conference title.