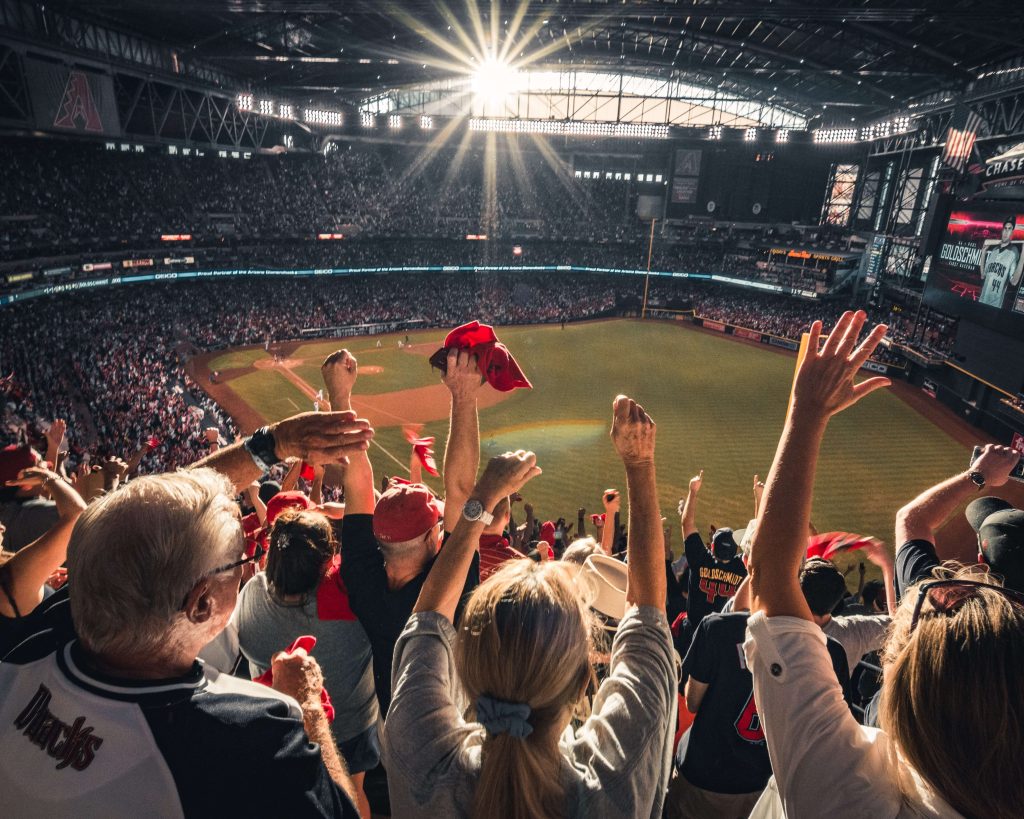 The Houston Astros won the 2022 World Series after defeating the Philadelphia Phillies 4–2 on November 5, 2022, at Minute Maid Park in Houston, Texas. The Phillies won Game 1 6–5 after securing a run in the 10th inning. Cristian Javier, Bryan Abreu, Rafael Montero, and Ryan Pressly of the Astros threw a combined no-hitter in Game 4 of this series. This was only the second time a no-hitter has been thrown in the World Series, with the first being in 1956 when Don Larsen of the New York Yankees threw a perfect game in a Game 5 win over the Brooklyn Dodgers.

The Atlanta Braves won their first World Series championship since 1995 when they defeated the Houston Astros 4–2 on November 2, 2021, at Minute Maid Park in Houston, Texas. This marked the third World Series appearance for the Houston Astros since they won the championship in 2017. Jorge Soler of the Braves was awarded the Willie Mays World Series Most Valuable Player Award after hitting three home runs, a .300 batting average and six RBIs in the series.

The Los Angeles Dodgers won the 2020 World Series after beating the Tampa Bay Rays 4–2 on October 27, 2020, at Globe Life Field in Arlington, Texas. The COVID-19 pandemic shortened the 2020 MLB season to only 60 games. Also due to the pandemic, the entire World Series was played at the Globe Life Field in Arlington, Texas. Highlights of this series include Brandon Lowe of Tampa Bay hitting two home runs in Game 2 and the Dodgers’ Corey Seager batting 8–20 (.400) with two home runs and five RBIs in the series leading Seager to win the World Series MVP Award.

The Washington Nationals beat the Houston Astros 4–3 to become World Series Champions on October 30, 2019, at Minute Maid Park in Houston, Texas. This marked the first World Series win for the Nationals. Pitcher Stephen Strasburg of the Nationals was named World Series MVP after securing two wins in the series. This series was notable for being the only World Series to not have a home team win a game.

The Boston Red Sox defeated the Los Angeles Dodgers 4–1 to win the World Series on October 28, 2018, at Dodger Stadium in Los Angeles, California. This win secured the fourth title for the Red Sox in 15 years, with Boston previously winning in 2004, 2007 and 2013. The highlight of this series was the record-setting Game 3, which lasted 18 innings, with the Dodgers winning the game 3–2.

The Chicago Cubs ended a 108-year World Series drought when they defeated the Cleveland Guardians 4–3 on November 2, 2016, at Progressive Field in Cleveland, Ohio. Game 7 of this series is arguably the greatest World Series game in history. Game 7 started off with a leadoff home run by Dexter Fowler of the Cubs, the first player in history to do so in Game 7 of the World Series. The game was then tied in the third inning, with the Cubs eventually going up 5–1 by the top of the 5th. The Guardians then rallied and tied the game 6–6 after scoring three in the bottom of the eighth. The game went into overtime where the Cubs outscored the Guardians 2–1 in the 10th inning, winning the game 8–7 and clinching a World Series Championship.

The Kansas City Royals defeated the New York Mets 4–1 and became World Series Champions on November 1, 2015, at Citi Field in Queens, New York. The Royals were the first team since 1989 to win the World Series after losing the year before. Game 1 of this series went into 14 innings, with Kansas City winning 5–4. Michael Conforto of the Mets hit two home runs in Game 4, only to lose to the Royals 5–3. Kansas City then scored five runs in the 12th inning of Game 5 to clinch the World Series.

The San Francisco Giants became World Series Champions when they defeated the Kansas City Royals 4–3 on October 29, 2014, at Kauffman Stadium in Kansas City, Missouri. With this victory, the Giants won their third World Series in five years, having won in 2010 and 2012. Pitcher Madison Bumgarner of the Giants had a fantastic series, shutting out the Royals in Game 5 to become the only pitcher in World Series history to record a shutout with zero walks and at least eight strikeouts. He also set the lowest ERA of any pitcher to throw at least 25 innings in the World Series, with a World Series career ERA of .29.

The Boston Red Sox defeated the St. Louis Cardinals 4–2 on October 30, 2013, at Fenway Park in Boston, Massachusetts, to become the 2013 World Series Champions. The Red Sox and the Cardinals were both number one seeds in the American League and the National League. The Cardinals scored a run in the bottom of the ninth in Game 3 to win the game 5–4, going up in the series 2–1. This was Boston’s first World Series win at Fenway Park since 1918.

It’s the hunt for October! Learn about the MLB playoff structure and how the seeding system works as teams compete for the Major League Baseball World Series.

Fenway Park: History and Facts of an Iconic Boston Venue

Fenway Park is an iconic Boston landmark with a storied history. Whether you’re a long-time local or just in town for a quick trip, learn more about this fam...

Wrigley Field: History and Facts of an Iconic Chicago Venue

Wrigley Field is an iconic Chicago landmark with a storied history. Whether you’re a long-time local or just in town for a quick trip, learn more about this ...