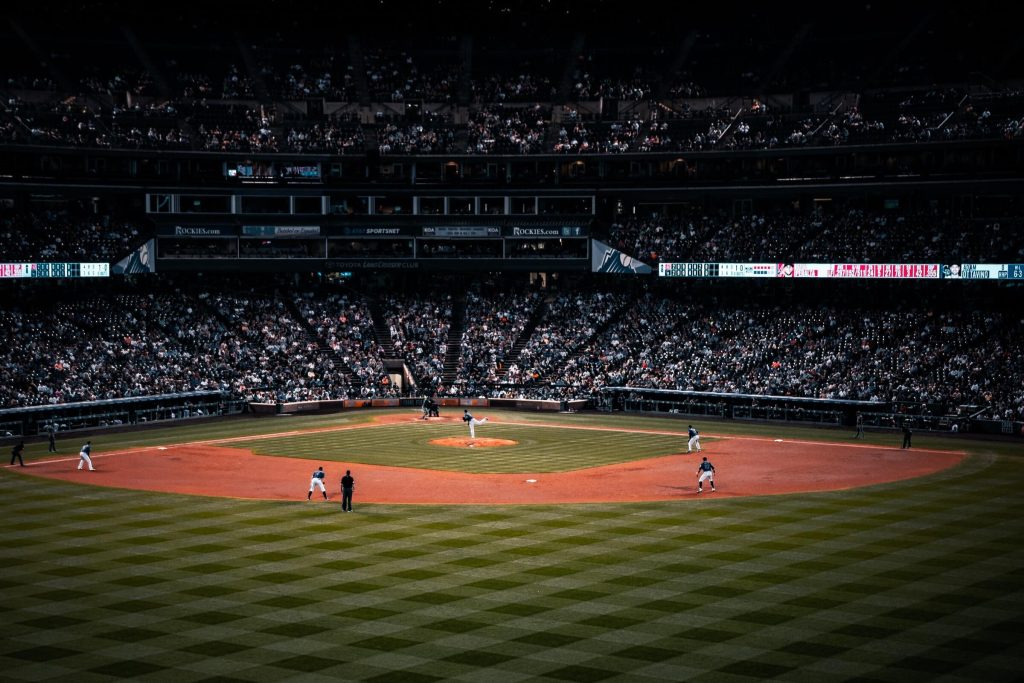 Baseball is America’s National Pastime. And no time is more exciting in baseball than when the playoffs roll around in October. In 2022, Major League Baseball announced an expanded playoff format that will now feature 12 teams (two more than in previous years).

How Do the MLB Playoffs Work?

As it is currently structured, the MLB Playoffs are separated between the American and National Leagues, with the winner of each League Championship Series winning a pennant and a berth to compete in the World Series. Both the National and American Leagues each give six playoff slots: winners of each division (the East, Central and West) and three wild card spots.

The teams are seeded as follows:

Number one overall seed is awarded to the division winner with the best overall record. The second and third seeds are given to the remaining division winners in the order of win-loss record. Each wild card slot is awarded to the best overall record of the remaining teams in the league. Both the first and second seeds receive automatic births to the Division Series.

Across the Wild Card, Division and Championship Series, the higher seed will retain home-field advantage, regardless of record. In the Wild Card Series, the seed numbers three and six, and four and five, respectively will square off in a best-of-three tilt. The Division Series will be decided in a best-of-five tilt, and the Championship and World Series are both best-of-seven.

What Updates Were Made to the Baseball Playoff Format?

The two largest updates to the baseball playoff format are that more teams will receive bids to compete in the playoffs and the one-game Wild Card elimination round has been replaced by a pair of best-of-three tilts. The newer playoff structure expands the number of overall games played in the playoffs, which is good for fans because that means free baseball. One additional change is that Major League Baseball has eliminated tiebreaker games (Game 163) for teams who finish the regular season with identical records.

What is the Format of the Wild Card Series?

Each Wild Card Series is played at the home ballpark of the higher seed. The teams will not alternate home-field advantage, and the games will be scheduled in a three-day window.

Are teams reseeded after the Wild Card?

No. The seeds remain the same across the playoffs.

What is the Format of the Division Series?

The format of the Division Series remains the same: best of five, with the higher seed hosting games one, two and five.

What is the Format of the Championship Series?

Both the ALCS and NLCS are best-of-seven series with the higher seeded teams hosting games one, two, six and seven.

How Many Teams Will Make the MLB Playoffs?

Twelve teams will make the MLB Playoffs under the new structure. Six teams from each of the National League and American League will receive bids: three division winners and three wild cards.

How Many Games Are in the MLB Playoffs?

Who Gets Home Field Advantage in the MLB Playoffs?