Wrigley Field: History and Facts of an Iconic Chicago Venue 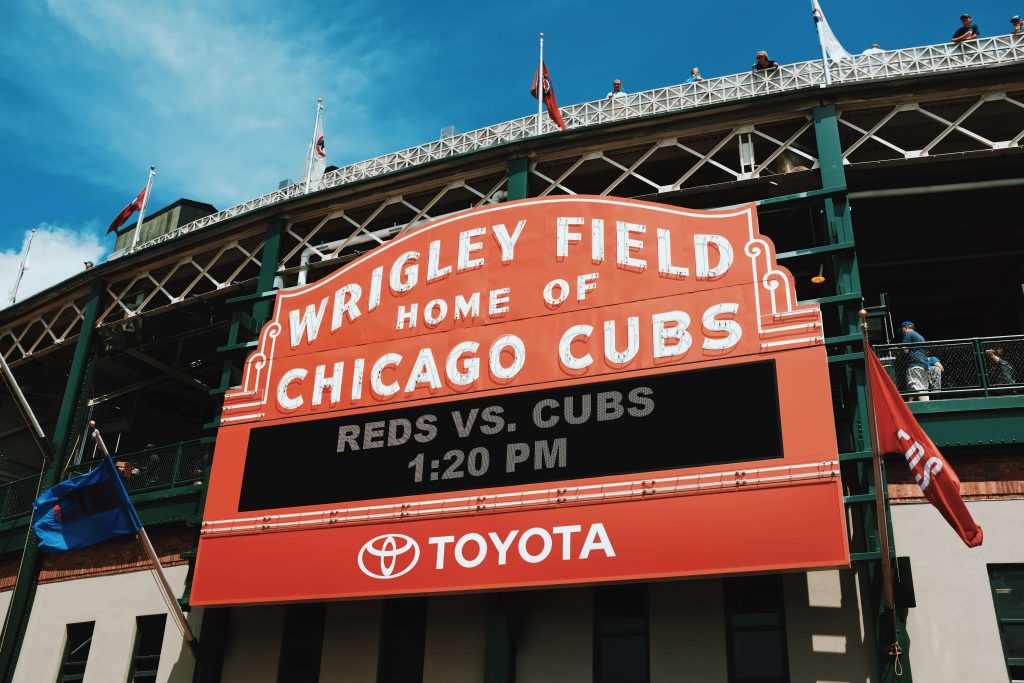 Home to the Chicago Cubs, Wrigley Field is a Major League Baseball stadium located on Chicago’s North Side.

How Old Is Wrigley Field?

Wrigley Field first opened in 1914 and celebrated its centennial celebration in 2014.

What Is Wrigley Field Named After?

Upon opening in 1914, Wrigley Field was called Weeghman Park after Charles Weeghman’s Chicago Whales, which folded after the 1915 baseball season. After chewing gum magnate William Wrigley Jr. (of the Wrigley Company) bought the Cubs in 1921, the venue’s name  changed to “Cubs Park” from 1920 to 1926. In 1927, it was renamed Wrigley Field.

What Is Wrigley Field Known For?

Inside Wrigley Field, ivy lines the outfield wall. No other major-league field has this feature. The bleacher seats behind the wall are said to be a great place to watch the game, and baseballs have gone missing within the ivy. Players have also injured themselves smashing into the ivy, as all that lies behind it is a brick wall.

Positioned over the main entrance outside the park, the marquee sign is the first thing you’ll see heading in. It bears the words “Wrigley Field Home Of Chicago Cubs” and “Cubs Win.”

On 16 surrounding buildings, there are rooftop bleachers surrounding the park along the outfield wall on Waveland and Sheffield avenues. Cubs owner Thomas Ricketts owns 10 of the 16 rooftops.

Installed in 1937, the field’s scoreboard is famously hand-turned and has only seen minor technical and cosmetic modifications in the many decades since.

Writing On The Wall

During the 2016 postseason, a fan wrote a message in chalk on the outer brick wall of Wrigley Field along Waveland and Sheffield Avenues. This created a domino effect; additional fans began to scrawl their own chalk messages on the wall. After a while, chalk messages took over so much of the wall that fans had to get step ladders to write their own messages. The Cubs encouraged this activity, even supplying chalk and adding security for the wall.

Beginning in 1937, after every Cubs game, Wrigley Field would fly a flag bearing a “W” or an “L,” indicating how the day’s game went. The flags were replaced in the early 1980s, and fans are known to bring win flags with them to home and away games. The ballpark also sells flags to fans. Since 2015, the park has added Daktronics video screens, which display a large “W” in the “Wintrust” logo on the left field video screen in the event of a Cubs win.