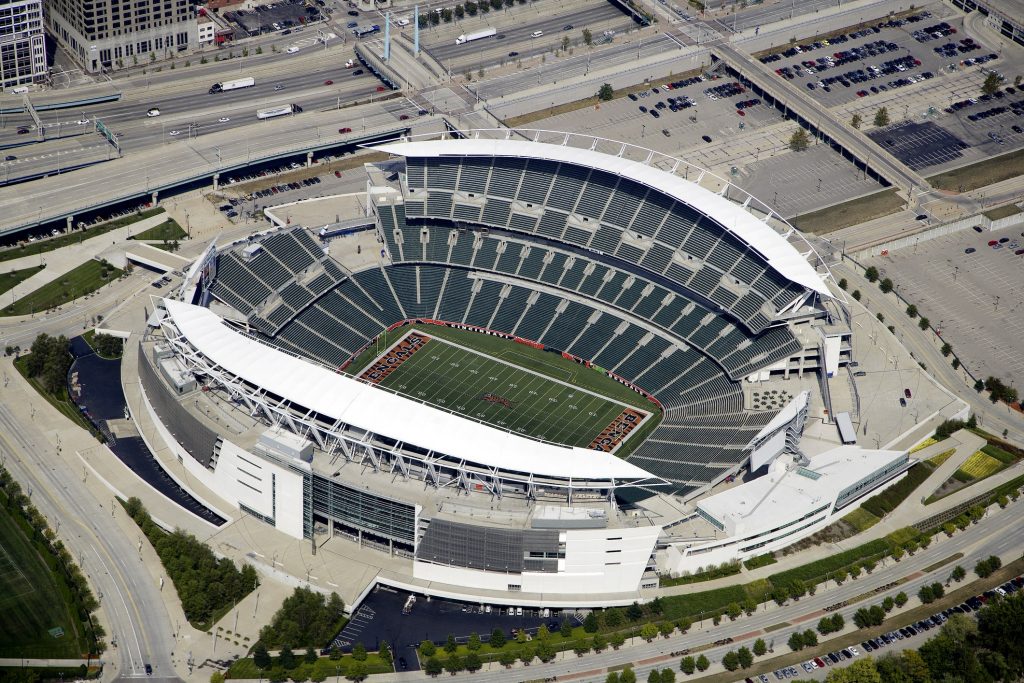 FC Cincinnati will play its inaugural season in 2019, which includes 19 home games at Nippert Stadium. They don’t get to ease in to the schedule, playing their home opener against the 2018 MLS Cup runner-up Portland Timbers (March 17). Their longest home stand of the year comes at the very end of the season, when they play three games in a row at home against Atlanta United FC (September 18), Chicago Fire (September 21), and Orlando City SC (September 29).

FC Cincinnati is the newest member of Major League Soccer, and 2019 will mark their first year of play. They will play their home games at Nippert Stadium on the campus of the University of Cincinnati, but a custom home stadium is in the process of being built. Known as West End Stadium, it is expected to open for use in 2021.

FC Cincinnati’s first two MLS players were Fatai Alashe and Fanendo Adi, and they selected five more players from fellow MLS teams as part of the league’s expansion draft in December 2018. They will be led by head coach Alan Koch, who previously coached the United Soccer League (USL) version of FC Cincinnati. He was named the 2018 USL Coach of the Year, so expectations are high that he can lead the new franchise to success.