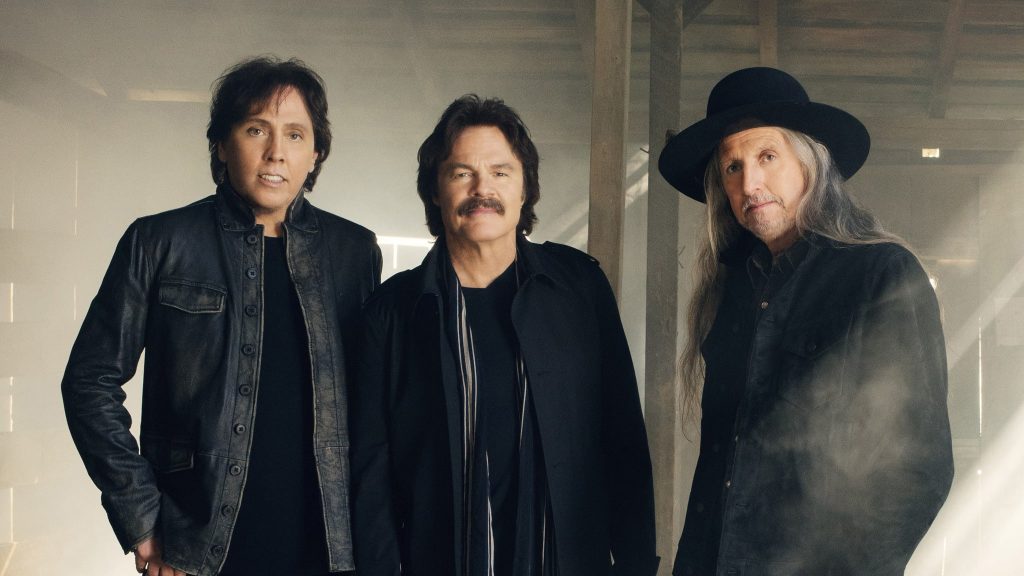 “It’s a blur to me trying to figure out when we wrote all those songs, but we did,” says Doobie Brothers singer Tom Johnston, discussing his band’s early classics. In 2018, the band brought two of those early — and two of their biggest — albums, 1972’s Toulouse Street and 1973’s The Captain and Me, to New York’s Beacon Theatre in full.

That concert was released this summer as Live from the Beacon Theatre, and now The Doobies are touring through November doing both full-album shows and conventional sets that include plenty of tunes from those milestone LPs. Johnston took some time to share his memories with us, ranging from origin stories for some of the band’s stalwart ’70s cuts and beyond.

GET TICKETS TO SEE THE DOOBIE BROTHERS LIVE ON TOUR

“Rockin’ Down the Highway” – Toulouse Street

“I actually had the idea for that song chord-wise before the band ever even started; I was with another band and I came up with that chord change, but I hadn’t done anything with it. It came to the fore on [Toulouse Street]. And that’s when I came up with the lyrics. I think it was just about the joy of being footloose and fancy-free out on the road, boogying down the road and having a good time. That was the era when everybody was out enjoying themselves, whatever vehicle you had — motorcycle, car, whatever. I just got out of college in ’71. I didn’t have a lot of money but I sure had a lot of fun.”

“All the guys in the band liked [this song, originally recorded by The Art Reynolds Singers in 1966,] myself included. But [producer] Teddy Templeman, we arranged it with his help as far as ideas about where it was gonna go. And of course we brought in [Little Feat keyboardist] Bill [Payne] to do the B-3 stuff. As soon as we got out of the studio we went on the road… and all of a sudden we had this huge following of [Christian] One Wayers — they were throwing little bits of scripture up on the stage… and they were very enthusiastic.”

“Long Train Runnin'” – The Captain and Me

“‘Long Train’ was a jam. It wasn’t a song. We were playing it before we even ever got signed to Warner, and it had no lyrics. We would play it and I would make up whatever words every night, and it would change all the time. And then in 1973 when we were doing Captain and Me, Ted said, ‘You know, you ought to make that a song.’ And I said, ‘Really? It’s just a jam.’ He said, ‘It kind of reminds me of a train. Why don’t you write something about a train?’ I said, ‘That’s a great idea,’ so I went into the other room, sat down and wrote those lyrics, and then played the harp solo on it, and all of a sudden it became a song.”

“Black Water” – What Were Once Vices Are Now Habits

“It came from being in New Orleans, and experiences [guitarist Pat Simmons and I] had while we were down there. It seems like we ended up and still do end up in New Orleans a lot. That’s where Toulouse Street is. For whatever reason, the band just fell in love with that town… the food, the music, the architecture.”

“Listen to the Music” – Toulouse Street

“‘Listen to the Music’ was the first single we ever had that did anything, and I remember hearing it on the radio… and just listening and going, ‘Holy sh-t, we’re on the radio, I don’t believe it!’ I was living on 12th street in San Jose, which became the band house after a while. I was sitting in my room and I was playing my acoustic, just doodling around, and came up with that chord structure. And that’s the first song I ever wrote all the words, all the chords in one sitting. Maybe the only song I ever did that.”

“China Grove” – The Captain and Me

“I wrote it on acoustic, and then I went and grabbed our drummer, John Hartman, and it was one in the morning or whatever. We went down to the basement, where we had the amps and drums and everything, and just started blasting, because I knew it had to be electric. And the neighbors didn’t care; they were all our age group. I wrote the lyrics a little bit later. We had been touring in ’72 and we were in Winnebagos and we were driving down whatever highway that is going into San Antonio, and the town of China Grove is just outside of it, and I must have seen it on a road sign. I wrote it a year later, and I just made up the words when Billy did that little [hums piano lick] in the bridge, that’s when I came up with the full idea about the sheriff and the samurai swords and all that kind of stuff.”

“Ukiah” – The Captain and Me

“I used to go up to the town of Ukiah all the time when I was living in San Jose, or go through it. We actually played there a couple of times in 1970 or ’71. It’s way far north of San Jose, but for some reason that area was lyric-rich, for lack of a better term. Greenwood Creek, which was the namesake of a song on the first album, and Ukiah — those towns are not very far from each other. It was a small town in Northern California, a little inland. I liked the name, Ukiah, and the words in that song fit the area.”

“That’s really a blues tune. It was in a weird tuning that I had picked up from our original bass player. He said, ‘This is how you play ‘Guinevere’ by Crosby, Stills & Nash.’ I started fooling around with the tuning, writing other stuff. That’s why it sounds a little different. It’s just me and acoustic, and we put in harmonies. It’s kind of an eerie blues thing. It’s kind of like Robert Johnson in a sense, the ‘hellhound on your trail’ kind of thing. “

“That was one we had never played live, ever. That was a challenge, because there’s a lot of chord changes in that, a lot of lyrics. It was another one of those I wrote sitting in that room in San Jose. The lyrics were kind of from that era where it’s a positive outlook on things and it’s not all that far in a sense from the way I was thinking when I wrote ‘Listen to the Music,’ which is a kind of utopian ideal. What that’s all about is just observing society and putting it into lyrics. And it ended up being the name of the album. But because it was so complex, we never played it live. It’s kind of about acceptance. I wrote a lot of stuff like that later on, too. It’s about accepting everybody — we’re all here, make the best of it.”