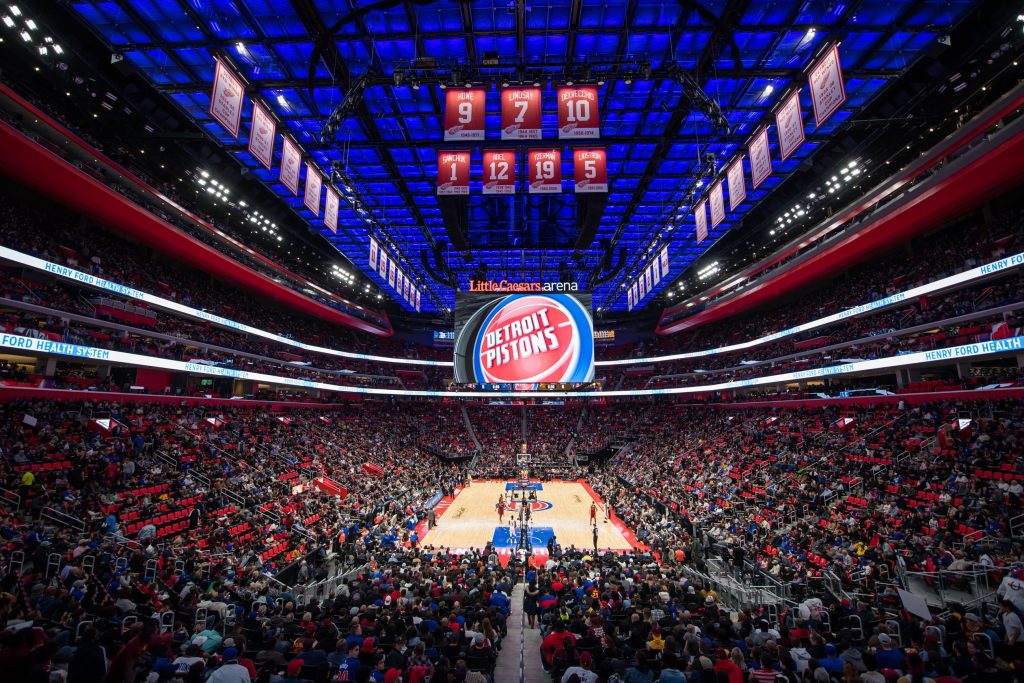 Opening night for the Detroit Pistons at Little Caesars Arena is against the Atlanta Hawks (Oct. 24). Highlights fo the home schedule include visits from the Philadelphia 76ers (Oct. 26 and Dec. 23), Milwaukee Bucks (Dec. 4 and Feb. 20), and the reigning NBA Champion Toronto Raptors (Dec. 18 and Jan. 31).

The Detroit Pistons were founded in 1941 in Fort Wayne and moved to Detroit in 1957; the team has won three NBA championships, the first in 1988. The Pistons’ home court is Little Caesars Arena in Midtown Detroit, which opened in 2017 to make Detroit one of only two cities with four pro sports teams downtown. For NBA games, the arena seats 20,491. (The venue also hosts Detroit Red Wings NHL hockey games, as well as concerts and other special events.) The arena is served by the QLine at the Sproat Street/Adelaide Street station.

Stay up to date on the Pistons all season on Twitter @DetroitPistons.