How Far Have Fans Traveled to See the Artists They Love? 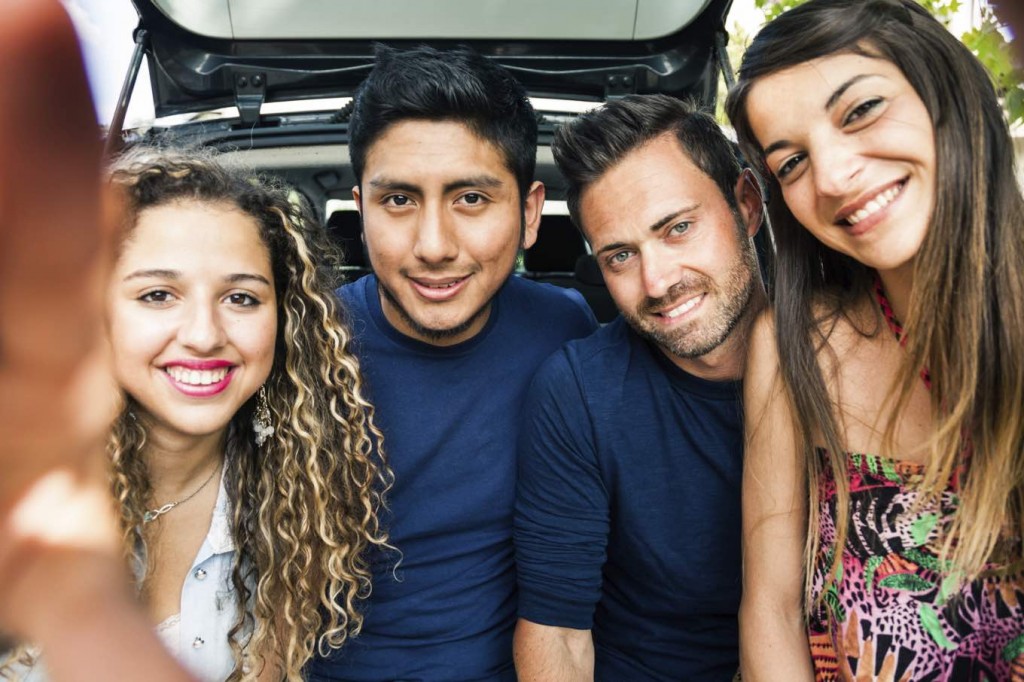 While our passion for music is what moves us to attend concerts, it’s planes, trains, and automobiles that actually get us there. How far have you traveled to see a show? When we posed this question on Twitter for #TravelTuesday, we were amazed by how far some fans travel for a once-in-a-lifetime concert experience.

The responses we received got us wondering how far fans usually travel to see a show. Looking at Ticketmaster ticket sales, we found that the average fan travels 43 miles to attend a concert1. Some diehard music fans roam even further – about 10% of ticket buyers have traversed 100+ miles to see a show2. And why wouldn’t they? Planning concert road trips to see one of your favorite artists is half the fun.

As for travel time, the Live Nation Festival Fan Study 2014 found that concert attendees spend an average of 1.54 hours total in the car, while festival attendees average 3.14 hours behind the wheel3.

And then there are those willing to hop on a plane for a show – some fans even cross the Atlantic to catch their favorite bands.

Here are some of our favorite Tweets from people who’ve gone the distance (and then some) to see the artists they love.

8 Hours (One Way!) for the Jonas Brothers

@Ticketmaster 8 hours one way to see the Jonas Brothers in Chicago in 2013. Favorite concert ever and this happened pic.twitter.com/BkR6MbV6sW

@Ticketmaster 950 miles to see the @GratefulDead

From Virginia to Toronto for U2

@Ticketmaster Virginia to Toronto, ON Canada for U2 🎶🇮🇪🇺🇸🇨🇦 pic.twitter.com/alXJOtFUyw

8 Hours on the Road for Fall Out Boy and Paramore

@Ticketmaster Taylor Swift to Baton Rouge, about 6 hour drive to see her! pic.twitter.com/CPCKM9DjoE

@Ticketmaster About 9ish hours to see @Imaginedragons in Dallas. It was definitely worth the long drive. They're incredible live. ✨

From Georgia to Indiana for One Night With One Direction

@Ticketmaster drove over 560 miles from GA to IN to see 1D! Trying to see them in Dallas in Dec #EMABiggestFans1D pic.twitter.com/kEz9VRDvxU

Getting International (3 Times) with One Direction

@Ticketmaster I travelled to another countries (3 times) to see One Direction ❤ pic.twitter.com/I7aKHekqwa

@Ticketmaster flew to Vegas from Montreal to see #KingsofLeon with @VintageSaman 👯🙌🏻

5,000 Miles and 15 States Later…The One and Only Bruce Springsteen

@Ticketmaster 5,000 miles across 15 States, for @Springsteen.

@Ticketmaster from Los Angeles to Montreal to Quebec City for @RollingStones with @xrocknroll pic.twitter.com/E0miiMWm6q

22 Hours for Rascal Flatts – After All, “Life Is a Highway”

@Ticketmaster We went to Louisville & Atlanta within 2 days then to West Palm Beach, FL, for 5SOS. 45hrs of driving. pic.twitter.com/rCTDmJVeb7

@Ticketmaster I flew from Texas to Massachusetts to see One Direction pic.twitter.com/86e4E1aJZl

@Ticketmaster I went to Ohio and Michigan from Atlanta to see One Direction. It was like 10/12 hour drive. 😍 pic.twitter.com/VLMatvPu1N

If you’ve experienced a long distance concert like some of the fans above, consider yourself an elite concert road tripper! Share how far you’ve traveled to see a concert tour or show with us at @Ticketmaster on Twitter, Facebook, and Instagram. Then, have a listen to the concert road trip playlist below curated by Ticketmaster staff. So would you walk 500 miles?