An Interview With Chicago’s Robert Lamm 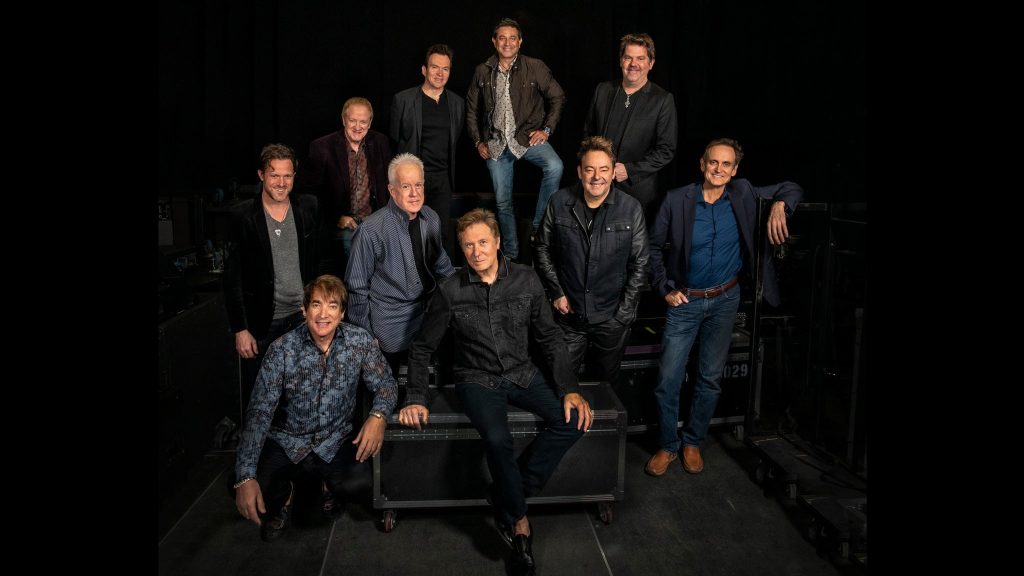 Even if you’ve never cued up a Chicago LP to listen to, you know their music. These Rock & Roll Hall of Fame inductees have spent fifty-plus years (and counting) building a career on the strength of inventive rock driven by jazz and classical flourishes, intricate arrangements and, of course, a robust horn section. Their music ages incredibly well. Over the years, the band’s sound — sometimes the embodiment of “groovy” itself, at other times a wistful yet assured soft rock — has filtered further into popular music via samples from many hip-hop artists (including Anderson .Paak and De La Soul), while Panic! At The Disco interpolated “Questions 67 & 68” for their 2015 hit “Hallelujah.”

Now in their sixth decade of activity, Chicago are staying busy. In 2019, Rhino Records released a newly remixed version of the group’s legendary 1969 debut, Chicago Transit Authority, as well as Chicago Christmas, an album focusing (mostly) on original holiday music.

We talked to founding member/songwriter/keyboardist Robert Lamm, who these days spends a lot of time traveling with his wife, about where he finds inspiration, and how the band is keeping up with the times.

Ticketmaster: When you do all that traveling, do you get any musical inspiration at all?

Robert Lamm: Absolutely. We’re all surrounded by music nowadays, whether it’s television commercials or background music in an elevator or [if] you’re in a restaurant. When you’re traveling, you’re hearing more local stuff, or at least what the local taste is in international music. I do find it very interesting. I have my Shazam app running quite often, to find out what the hell it is I’m listening to.

Have you found that because of the rise of streaming media that younger people have discovered your music through YouTube or Spotify, places like that?

Absolutely. We do meet-and-greets at concerts before and after, and very often will meet teenagers, college-age [people], twenty-somethings, who say, “Well, obviously, we grew up listening to your music because our parents listened to the music. It’s sort of in our DNA.” There’s a lot of that.

What I’ve discovered — and I don’t think I invented this thought — but when streaming first became available… It’s almost anonymous, you know? I think that there’s a couple generations that don’t really care when music was made, or even who did the music, unless they get really interested in it. There’s very little ageism in regard to listening habits, from what I’ve heard and what I understand.

So, yeah, I think there’s a lot of our music flying around, being played somewhere in the world, every hour. And it has nothing to do with what generation [the listeners] are.

For me, it was about the scary climate of the world at the moment. And not only in other parts of the world, but right here in the U.S.A., there seems to be more separateness, more suspiciousness of each other, or fear of each other. Some of it’s founded, and some of it’s the result of living in a free country, I guess.

I did an arrangement of “What The World Needs Now Is Love.” I was very influenced by [Burt Bacharach] as a young composer. I actually talked to Rhino Records, and I said, “What do you think about this song for a Christmas album?” They all perked up and said, “We think that’s great.”

I worked really hard on trying to make the arrangement original. I sent a dub of it to a mutual friend [of mine and Bacharach’s], and I said, “I think [Burt’s] going to probably hate this.” He said, “No, he’s not going to hate this, because what he does hate is when people do the song exactly the way he did it.” Everybody does — everybody sings the song in three-four time, virtually unchanged. He said, “He’s going to love this because it’s different.” I hope so. We’ll find out.

“I’ve spent the better part of what we laughingly call my adult life writing songs. I never want to repeat myself.“

That’s such an interesting challenge, to take a song that is so familiar and everyone knows and be like, “How do I put a unique spin on it?” That’s a great creative exercise, too

It really is. I’ve spent the better part of what we laughingly call my adult life writing songs. I never want to repeat myself, and I’ve always said that every time I write a song, I’ve learned something about music or about lyric-writing or about myself.

Chicago also issued a remixed take on your 1969 debut, Chicago Transit Authority. What were you able to accomplish with this remix that perhaps you maybe weren’t able to as originally recorded?

When that album was recorded, we recorded that on eight tracks, analog. And the genius of our producer, Jim Guercio, and the engineer involved, is that album always sounded organic — which it is. It’s very organic. And the songs seem to be not so dated after repeated listening in subsequent decades.

Tim Jessup, who’s an engineer and a great mixer — he’s done a lot of work for us, besides doing these remixes. He’s a master of the technology, so it’s not like replacing anything, it’s just getting a finer lens, if you will, on the music that was performed 50 years ago, and trying to make it a little more — or a lot more — appealing and also impactful. The point was [to] really dust it off and shine it up with technology.

I couldn’t begin to explain or describe the actual plugins and microphones and stuff that Tim used for this. But it does sound incredible. It just jumps out and grabs you, which is good.