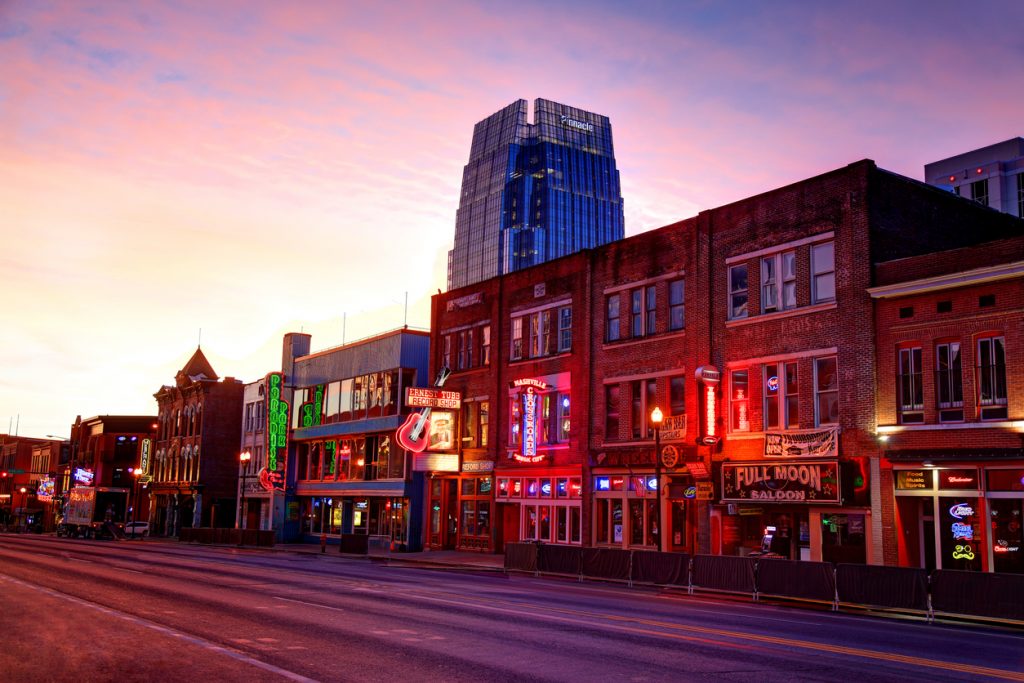 No matter what kind of entertainment you’re out for in Nashville, when you want to stop someplace to meet up, fill up, and/or drink up beforehand (or even after), you have an impressive international spectrum of possibilities. There are options to satisfy any craving: good ol’ burgers and brews, Indian, Japanese, Latin — you name it.

Finding a meet-up spot before an event at the Bridgestone Arena is a snap thanks to its central location.

If you’re up for a meal before catching a show at the Ascend Amphitheater, you’ve got everything from fine Japanese cuisine to down ‘n’ dirty barbecue to choose from, so be sure to bring your appetite along.

Looking for a place for drinks and grub before sitting down for a show at Ryman Auditorium? Take a tumble down Broadway and all sorts of options will open up to you.

There are few more classic Nashville activities than attending the Grand Ole Opry House, but you may want to fortify yourself with some enticing eats before the show, whether you’re after Tex-Mex, barbecue, or a good old-fashioned steak.

Before you enter the Nissan Stadium for a larger-than-life event, make sure to stop someplace first to take care of the small stuff, like finding yourself a good meal. It isn’t too tough a task, since there’s no shortage of awesome choices right within striking distance.

There are plenty of possibilities for a pre-show meal on your way to the Exit/In. Sushi, Indian, and American cuisine are only the tip of the iceberg.

A show at Basement East is bound to bring a smile, and so are the many awesome eateries in the area.

Considering the amount of fun you’re in for if you’re headed for a show at the Marathon Music Works, any meet-up spot before or after has got to be equally exciting. Fortunately, there are plenty of possibilities to pick from.

When deciding on a spot for a meal before visiting the Cannery Ballroom or Mercy Lounge, there’s so much available that it’s almost easier to decide what you don’t want and go from there.

Filling your belly before or after a show at the High Watt is no challenge, with great options that can take you down an Asian path, put you in a Puerto Rican state of mind, or keep you in an all-American mood (among others).