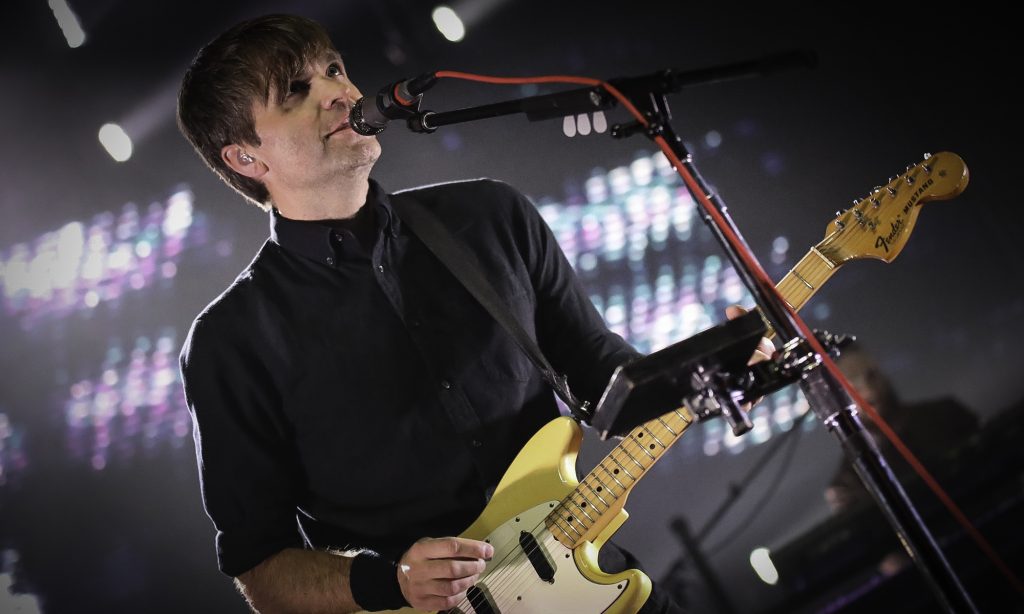 Keeping tabs on all the virtual concerts available to stream has become a monumental task, simply because there’s so much amazing music out there to watch. Although some of these shows disappear soon after airing, others are being archived afterward for posterity. Here are a few of the best performances out there to watch at your leisure.

The Roots’ YouTube channel is a musical gold mine of solo sessions, archival concerts and performances, Questlove DJ sets, and new livestreams. Of particular note is the recent Live from the Apollo Theater video, a seventy-minute concert the band recorded as part of the Save Our Stages Fest. Despite performing in an empty venue, the group kept the energy high and played one of their usual tight, intimate sets.

Ben Gibbard is one of indie rock’s most charismatic performers, whether he’s doing solo shows or gigs with Death Cab for Cutie, so it’s no surprise that he’d be a livestreaming natural. Throughout the spring, Gibbard did a series of “Live from Home” concerts from his cozy studio, with setlists that included his own works and fun covers. Although solo livestreams can sometimes be awkward, the musician was charming and reassuring, and illuminated why his music continues to resonate.

This wasn’t a concert per se, but a video series of entertaining and informative bass-guitar lessons from one of the greats, Duran Duran‘s John Taylor. The musician ran through how he constructed some of his most famous basslines (“Rio,” “Girls on Film,” “The Reflex”) and how his influences informed his playing. Taylor’s palpable joy makes these clips stand out — it’s clear that his passion for playing bass is intense — and his concise, easy-to-understand way of explaining how to play makes these clips valuable for new players as well.

One of the more entertaining streaming concepts to emerge is Verzuz’s artist battles, which pit R&B, hip-hop and rap superstars against each other in musical face-offs. While some of these gigs are rooted in pure joy — the talent evident in Alicia Keys versus John Legend was off the charts — others had touches of competition: Nelly versus Ludacris, Brandy facing off against Monica to finally settle the premise of “The Boy Is Mine.” And back in September, it was a treat and an honor to watch icons Gladys Knight and Patti LaBelle team up in an episode that was more like two friends having a sing-along to their greatest hits. “If anybody asks you who won, politely and proudly tell them we the fans won,” one YouTube commenter noted.

Fans are still mourning Tom Petty, who died in 2017, and so to commemorate what would have been the rocker’s 70th birthday on October 20, his friends and bandmates threw a virtual bash in which they reminisced about him and covered his songs. The night was one highlight after another: Lucinda Williams speeding through “Runnin’ Down a Dream,” The Flaming Lips‘ doing a loving “Listen to Her Heart,” Gary Clark Jr. putting his stamp on the bluesy “Good Enough,” and Heartbreakers Mike Campbell and Benmont Tench performing an emotional trio of songs. Margo Price and Lukas Nelson also teamed up for one of the best versions ever of the Stevie Nicks-Petty duet “Stop Draggin’ My Heart Around,” which was prefaced by Nicks reading a heartfelt letter to her friend.

Even before the pandemic, NPR’s Tiny Desk Concerts were a blast, as they featured big names at the station’s Washington, D.C. offices transforming their sets while playing at an actual small desk. NPR didn’t miss a beat when social distancing made this impossible: Musicians instead started filming themselves at home. The results have been delightful and entertaining, as well as musically diverse; performances span fuzzed-out indie (Sad13), hip-hop (Ty Dolla $ign), classic rock (Michael McDonald) and even K-pop (BTS).