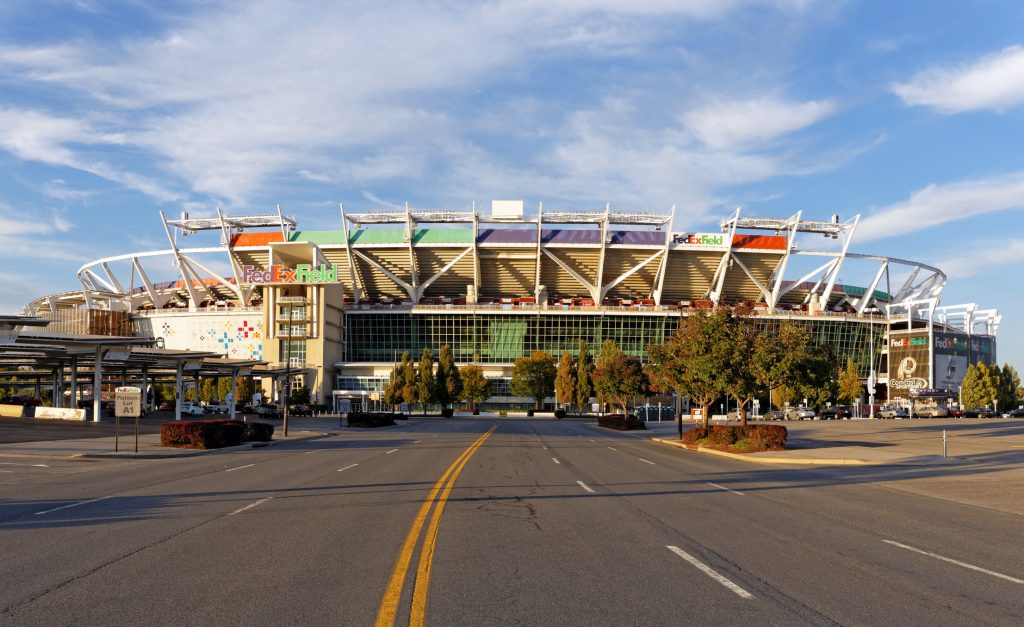 The Washington Redskins open their 2019 NFL season on the road but face the Dallas Cowboys (Sept. 15) at home in Week 2 in a NFC East matchup. They host the Chicago Bears (Sept. 23) in Week 3 on Monday Night Football. The defending Super Bowl Champion New England Patriots (Oct. 6) come to town in Week 5.

The Redskins have a bye in Week 10. Toward the end of the season, they host a couple of NFC East rivals. First is the Philadelphia Eagles (Dec. 15) in Week 15 followed by the New York Giants (Dec. 22) in Week 16 as their last home game.

The Redskins, founded in 1932, play at FedExField in Landover, Maryland. The stadium opened in 1997 and seats 82,000. FedExField has five levels. There are five rows of “Dream Seats” installed after Daniel Snyder purchased the team that extend down almost to the field level in front of what was previously the first row of the lower level.