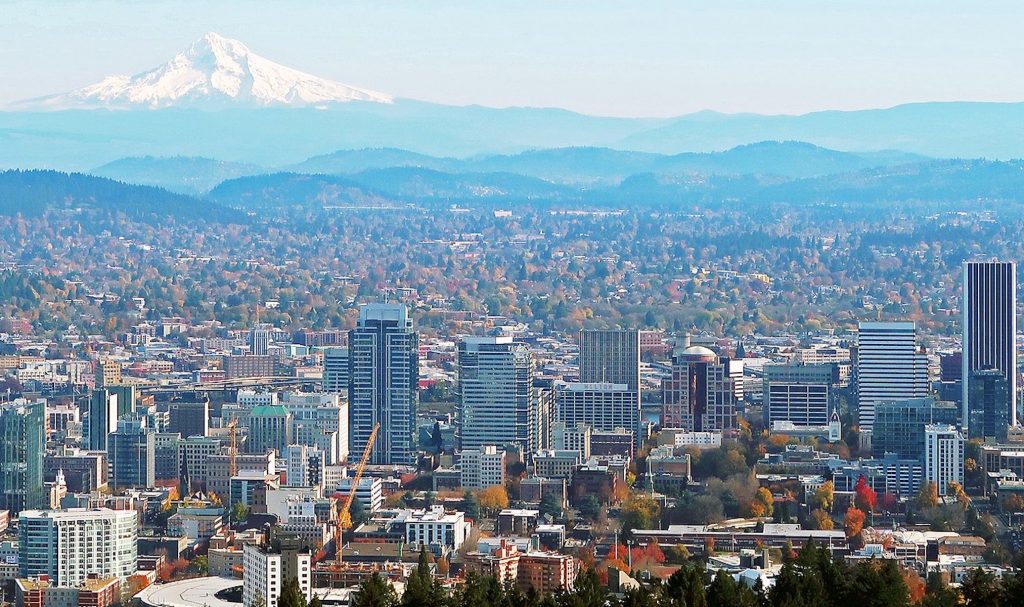 Even as a major city, Portland remains one of the West Coast’s most charming — and certainly funkiest — enclaves, making for a social calendar with more than a little for everyone. The City of Roses boasts an eclectic bunch of venues that reflect its many personalities, including historic concert halls, elegant modern theaters and spectacular outdoor spaces. Pop music fans, symphony sophisticates, opera enthusiasts and verified sports nuts all find a place here in Portland because there’s never a shortage of things to do.

Last night was a trip back in time ⏰

Part of the Rose Quarter — Portland’s sports and entertainment hub in the Lloyd District — the Veterans Memorial Coliseum has seen a number of iconic performances and historic moments since opening its doors in November 1960. Dedicated to veterans of World War II and the Korean War, the 12,000-seat arena hosts about 150 events annually, including major concerts, sporting matches, trade exhibitions, family shows and the occasional political event (like when Barack Obama came through for a presidential campaign rally in 2008). Through the years, the coliseum has hosted a who’s who in music legends, including The Beatles in 1965, The Jimi Hendrix Experience in 1968 and Queen in 1980. The venue has also served as home to several local sports franchises, including the NBA’s Trail Blazers (from 1970 to 1995) and the WHL’s Portland Winterhawks, who’ve been here since 1976. In 2016, the coliseum was named a National Treasure by the National Trust for Historic Preservation. Still, it remains a hot spot for music and sports fans throughout the Portland area.

SW Broadway is home to some of Portland's top performance venues, and there's a pretty iconic sign lighting the way to your next show! 📸: @producerbuddyterry #TravelPortland #PDX #YouCanInPortland

The Arlene Schnitzer Concert Hall has long been a jewel in the heart of downtown Portland. Originally called the Portland Publix Theatre when it opened in 1928, then the Paramount Theatre, the historic venue remains the last surviving theater of this once-bustling theater strip of Broadway. The Marx Brothers made an appearance here in 1935, Buddy Holly and Chuck Berry in 1957, Bob Dylan in 1966, and the list of legends goes on as it officially transformed from movie house to concert hall in the early ‘70s. Today, “The Schnitz” is home to the Oregon Symphony and hosts a variety of music, dance and theater events for crowds of up to 2,776, with both orchestra level and upper balcony seating.

If you've never had the opportunity to tour the #NewmarkTheatre, you may have never seen the one thing no theater is ever without: the ghost light. Serving double duty as a safety mechanism for lone crew members entering on a dark day, and perhaps a companion (or scarecrow of sorts, depending on who you ask) for any lingering spirits, the Newmark ghost light actually resembles its namesake. 📸: @goddessoflighting / IATSE Local 28 #pdx #pdxnow #portland #portlandnw #portlandviews #pdxviews #travelportland #traveloregon #bestoforegon #pnw #pnwcollective #oregonexplored #portland5 #pdxevents #do503 #artslandiawashere #ghostlightb #bts #stagehandlife #stage

Right across the street from the Arlene Schnitzer Concert Hall is the modern and refined Newmark Theatre, an 880-seat venue that transports its visitors to early 20th-century Europe. Opened in 1987, the theater has hosted an array of events for all ages, including musicals from the Oregon Children’s Theatre, performances by the Oregon Ballet Theatre, contemporary operas from the Portland Opera, educational presentations from renowned scholars, and comedy specials featuring the nation’s funniest stand-ups. Here, you can always expect to find a good seat — no one sits farther than 95 feet from the stage.

Just a few blocks from the Hawthorne Bridge sits the majestic Keller Auditorium, another historical gem in downtown Portland. A stunning city landmark since opening in 1917, the performing arts center holds a lot of history. Future president John F. Kennedy gave a speech here in 1960, and Led Zeppelin rocked the house in 1968. Today, it serves as the home of the Portland Opera and Oregon Ballet Theatre. Its schedule also fills up with top musical acts in pop, rock, indie and beyond, along with popular touring Broadway shows like Wicked and The Book of Mormon. With orchestra, box and balcony seats, the Keller Auditorium accommodates just under 3,000 people, making every performance feel both grand and intimate.

Governor Tom McCall Waterfront Park covers over 36 acres of land along the Willamette River in downtown Portland. Opened in 1978 and renamed in 1984 to honor Tom McCall, the Oregon governor devoted to beautifying the city, the riverside green space is a favorite area for locals and tourists to enjoy a jog, a picnic, or one of the various fairs and festivals held here. Every year, the park hosts food, drink and music events, including annual get-togethers like the Bite of Oregon, Waterfront Blues Festival, Oregon Brewers Festival and the Rose Festival. This is also home to the Portland Saturday Market, one of the largest outdoor markets in the US and a great place to find locally made arts and crafts.