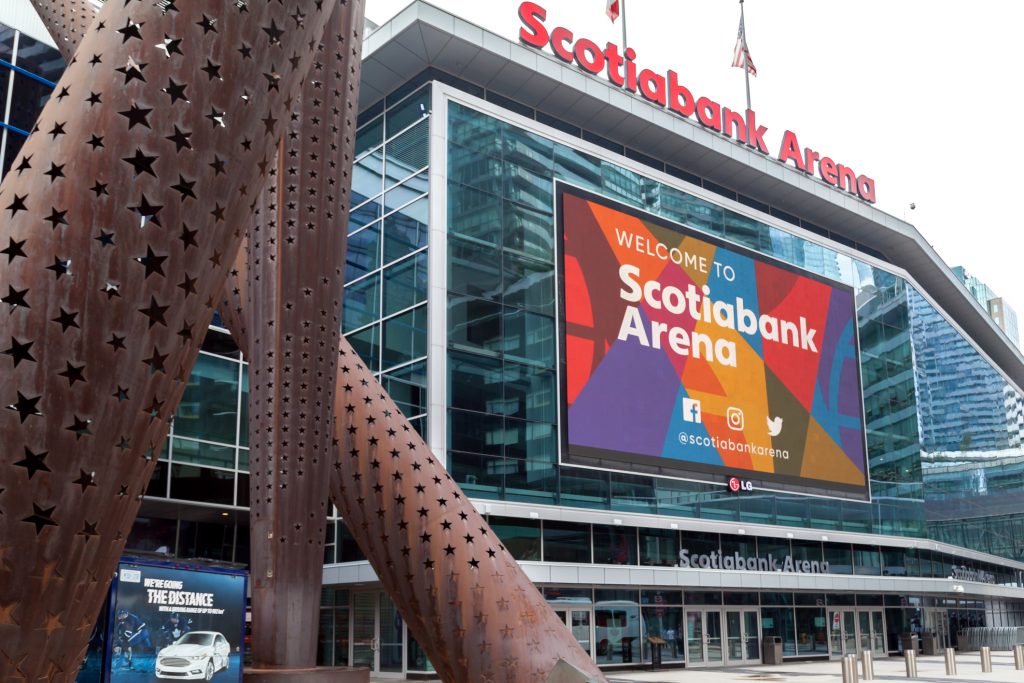 The Toronto Raptors begin their 25th season in the NBA against the New Orleans Pelicans (Oct. 22). The Raptors celebrate their 2019 NBA Championship on opening night with a ring ceremony and banner raising before the game.

Their longest homestand of the season is four games from Feb. 21-28. The busiest home month is December with 11 games. The Raptors have 13 back-to-back games, one more than last season.

Since 1999, the Raptors have played their home games at Scotiabank Arena, the same building where the NHL’s Toronto Maple Leafs play. Scotiabank sits just off the Union subway stop and is accessible via the PATH network, and rail and bus systems. It lies within the $500 million entertainment development known as Maple Leaf Square—although during Raptors games, the Square is commonly referred to as “Jurassic Park.”

Stay up to date on the Raptors all season on Twitter @Raptors.