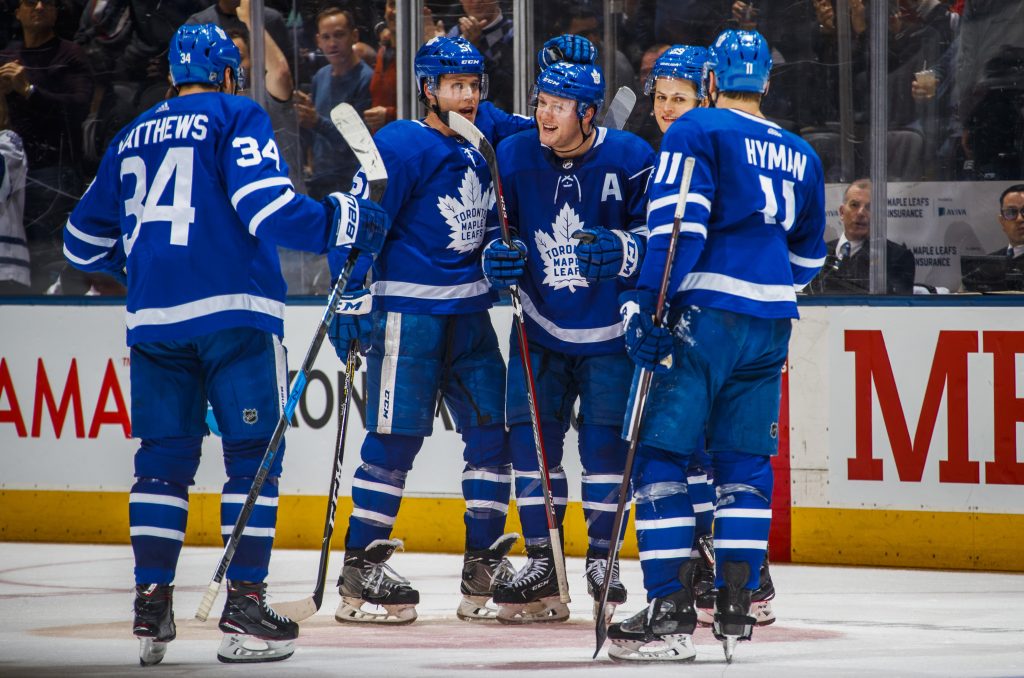 The puck drops on the 2019-20 NHL season for the Toronto Maple Leafs when they host the Ottawa Senators (Oct. 2) in their 102nd season. They end the season at home against the Montreal Canadiens (April 4).

A quick look at the home schedule for the Maples Leafs shows the longest homestand is four games from March 17-23. Their busiest month of the regular season at home is November with nine games, and their busiest month overall is February with eight home games and seven road games. They have 14 back-to-back games. Their busiest day of the week is Saturday with 24 games (13 home and 11 away).

Members of the NHL’s Original Six, the Toronto Maple Leafs have a legacy dating back to the founding of the National Hockey League in 1917. The Leafs have 13 Stanley Cup championships, the last coming in 1967. They play at the recently renamed Scotiabank Arena, which seats 18,819, and are coached by former Detroit Red Wings and Anaheim Ducks head coach Mike Babcock.

Stay up to date on the Maple Leafs all season on Twitter @MapleLeafs.