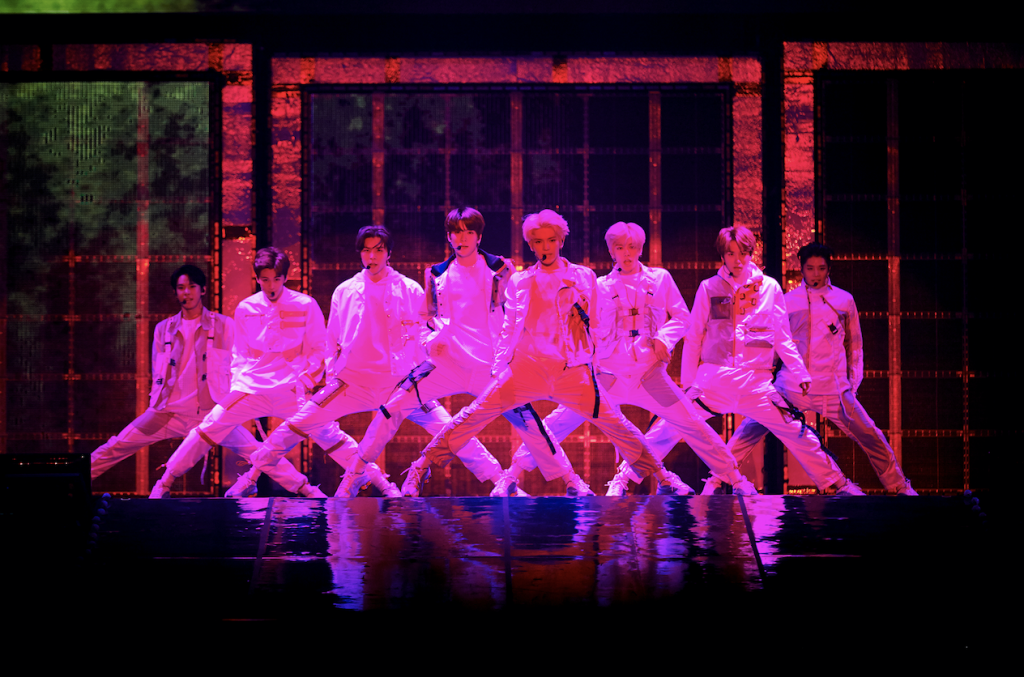 Despite the group’s growing global fame, members of NCT 127 (standing for Neo Culture Technology and the longitude of their hometown Seoul, Korea) are excited that they are still finding creative footing and are super focused on pleasing their fans as they barrel past 700,000,000 views on YouTube – yes, you read that many zeroes correctly.

Peel back the layers even more on this talented team as a few of its members throw down on this edition of Ticketmaster 10.

Taeil: I sang “Lately” by Stevie Wonder a lot, because it was one of the only pop songs I knew when I was young.

2. What’s your favorite memory attending a show as a fan, and why?

Haechan: My first-ever concert was a SHINee concert. It was definitely the most memorable because it was my first one. I got to see the group that I respect so much perform live, and it was meaningful because I got to listen to all of my favorite songs. The whole experience really made me think a lot.

Taeyong: Rose. A lot of our fans gave me that nickname. On stage, I want to be as beautiful as and leave as strong of an impression as a rose does.

Doyoung: J. Cole – I think we would have a really genuine and relaxed conversation. And I’d learn a lot from him.

Mark: I’m still working on finding my lyric that really represents me. I don’t think I ever felt 100% pleased with my own work, but I know I’m still in the developing process. Hopefully I’ll be able to answer this question soon!

Taeyong: There are a lot of lyrics I’ve been working on — that have yet to be released — on a variety of different topics. I hope I get a chance to share them with everyone someday.

Mark: There are so many artists that I respect and admire. I can’t really choose just one. Any opportunity I’d get to collaborate on a song or work with someone on a project, I’d take in in a heartbeat.

Yuta: I can confidently say that it’s definitely for all the fans that support us. We had our own solo concert for the first time this year, and I know it was only possible because of all the support and love we receive from our fans. And I just want to give back to all our fans by putting out even better music and performances.

Taeil: Van! Because we’re usually in vans, it’s the most comfortable for me.

What food/drink could you not live without if you were stuck on a deserted island?

Yuta: Meat and water. That’s all I need. I really love meat, and water’s really all you need to survive.

Mark: I want to learn how to cook. I’m far from mastering cooking, but it’s something that I have in mind. I try watching what the other guys do when they cook when we all eat together at home. My bandmates are great chefs, so I have a lot of people to learn from. Hopefully, I can cook and someday make you guys my own dish.

Jungwoo: I think I use smiley-face emojis the most. 😊

Catch this talented crew as they take the country by storm on their first U.S. headlining tour – grab tickets to see NCT 127 here or in the widget below.