The Winner’s Circle: 5 Historic Wins at the Kentucky Derby 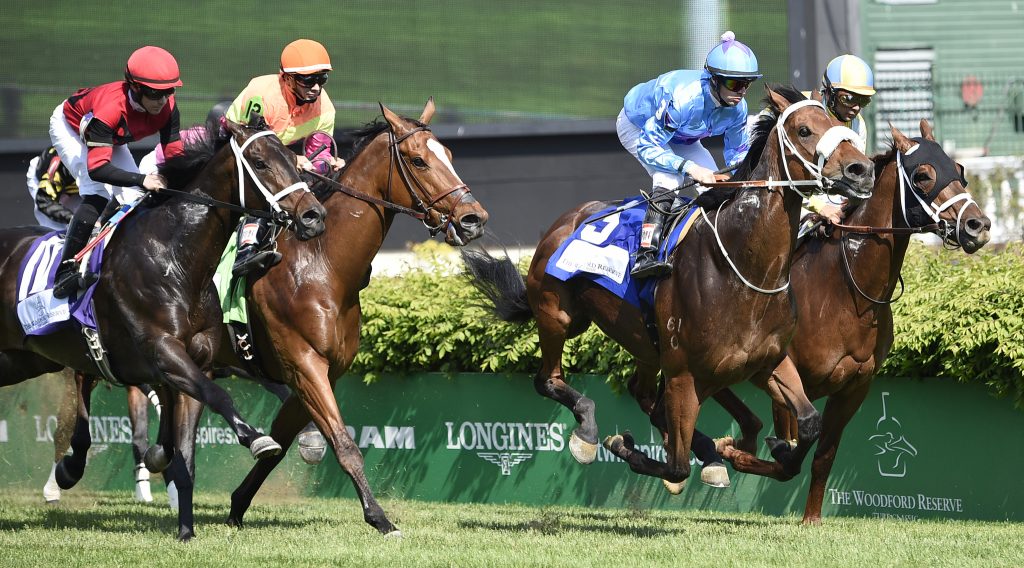 There’s no denying that a lot of the attention the Kentucky Derby garners surrounds its pomp and circumstance. But cut through the big hats, mint juleps, seersucker suits and other assorted bits of pageantry, and you’re left with one of the most heart-pumping events in all of racing – if not all of sports. They don’t call it “The Most Exciting Two Minutes in Sports” for nothing.

Every year, the Kentucky Derby showcases the best of the best in horse racing, pitting them against each other a chance at glory – and possibly even enshrinement in the annals of sports history. The Derby’s track records are filled with every kind of sports story imaginable: comebacks, upsets, blowouts – there’s enough material there for more than a dozen Hollywood movies. Just ask Seabiscuit.

If you’re thinking about buying 2018 Kentucky Derby tickets – and you really should, it’s a once-in-a-lifetime experience – brush up on Churchill Downs’ long history first so you can properly appreciate the stakes of horse racing’s main event.

To get you started, we’ve compiled the Kentucky Derby’s top five historic races and victories. Let the countdown begin:

You want an underdog? You want a Cinderella story? We give you Donerail.

Going into the 1913 Derby, Donerail was a long shot – at best – to win the race. As things got underway, it didn’t seem like his odds improved any, either. But, as luck would have it, none of the other competitors could pull away from the pack. Multiple horses held the lead at various times during the race, with Donerail trailing just behind.

Finally, in the closing moments, Donerail nosed ahead, edging Ten Point by a mere half a length. At 90-1 odds, Donerail is the most unlikely member of the Winner’s Circle in Derby history.

Not to be outdone, Seattle Slew had an underdog, rags-to-riches story of his own. Famously purchased for a mere $17,500, Slew would go on to become only the 10th horse to win the Triple Crown. Not only that, but he is the only horse in racing history to do so while undefeated.

A 1-2 odds-on favorite to win the Kentucky Derby, Seattle Slew gave the crowd a little drama by falling behind early in the first mile only to find his groove and cruise ahead to victory by a margin of 1.75 lengths. Always keeping ’em on their toes, that Slew.

If you like comeback stories, have we got one for you. Count Fleet’s 1943 racing season was marred with injuries, the worst of which occurring at the Wood Memorial Stakes. Although Count Fleet won the race, he sliced the coronet band on his left hind hoof in the process, requiring part of the hoof to be removed.

To add further doubt to any prospects of a Triple Crown campaign, the racing industry faced considerable challenges at the height of the Second World War. Transportation and travel restrictions limited attendance at even the largest events, and promoters considered cancelling the Kentucky Derby outright.

Thanks to the efforts of Colonel Matt Winn, however, the Derby was allowed to move forward as a “street-car Derby,” which could only be attended by in-state residents who took public transportation to the track.

Count Fleet made the most of the opportunity, jostling with multiple horses to gain an early lead in the race. He held a two-length lead going into the backstretch and successfully held off a late challenge by Blue Swords to ultimately win the race by three lengths.

After the Derby, Count Fleet would again need to overcome an injury in order to win the Preakness and Belmont Stakes and complete the Triple Crown.

Racehorses like Seabiscuit, Secretariat and Seattle Slew may be household names, but there’s a strong argument to be made that the greatest competitor of them all is actually Citation. The stallion’s 16-consecutive win streak at major stakes races set the record that would not be equaled for over 40 years.

“The Big Cy’s” finest moment came in 1948, when he became the 8th Triple Crown winner in history. The 3-year-old Citation turned heads early on in the racing season, winning multiple races against more seasoned competition, including the previous “Horse of the Year” award recipient. However, tragedy struck when Citation’s jockey, Al Snider, drowned in a fishing accident.

After a rocky start with new jockey Eddie Arcaro, losing the Chesapeake Trial Stakes, the duo quickly rebounded, winning the next two races heading into the Derby. Citation’s Triple Crown campaign began with minimal drama, as he held a commanding lead at Churchill Downs, winning the race by 3.5 lengths.

Is Secretariat an obvious choice to hold our No. 1 slot? Yes, but there’s a reason even non-racing fans know his name: He was a once-in-a-generation competitor and captured the hearts and minds of sports fans across America.

Secretariat’s 1973 Derby victory is the stuff of legend. In front of a crowd of more than 134,000 people – at the time, the largest number of people to attend a racing event in U.S. history – Secretariat fell behind early. Way behind. Battling back from a last-place position, “Big Red” ran each quarter mile segment faster than the last.

According to spectators and sportswriters on the scene, the race was Angle Light’s to lose going into the final turn. Then, magic happened, and Secretariat overtook him and grabbed the lead for good, becoming the first horse to win the Triple Crown in 25 years.

What’s most remarkable about this come-from-behind victory is that Secretariat needed to set a track record to pull it off. To this day, his 1:59:24 mark stands as the best time in Kentucky Derby history.

Are there glaring omissions in this list? Perhaps. Where’s American Pharoah? Or Barbaro or Spectacular Bid, for that matter? With 144 years of racing history to go through, not everything’s going to make the cut.

But that’s the beauty of the Derby. It’s a singular event in American sports, stretching all the way back to 1875. It’s witnessed the Great Depression, the Civil Rights movement, Prohibition and two world wars. No other sport, not even baseball, can hold a candle to the history and prestige of the Kentucky Derby.

It’s not too late to be a part of history at this year’s race. Be sure to get your 2018 Kentucky Derby tickets before time runs out.