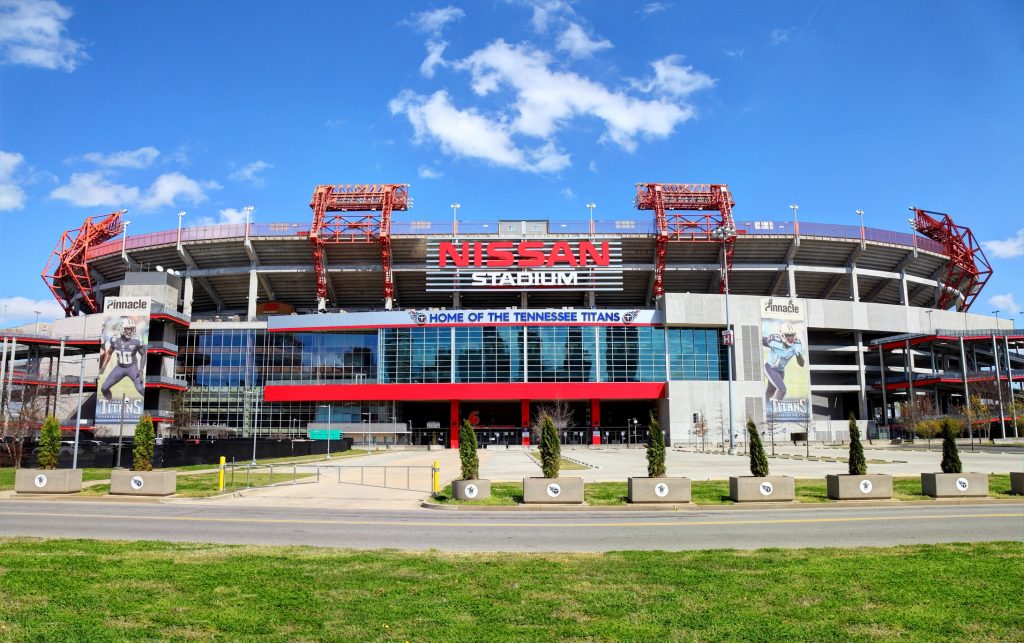 The Tennessee Titans open their 2019 NFL season on the road but face the Indianapolis Colts (Sept. 15) Week 2 in an AFC South divisional matchup at home. They square off at home against a pair of 2018 playoff teams with the Los Angeles Chargers (Oct. 20) in Week 7 and the Kansas City Chiefs (Nov. 10) in Week 10.

Tennessee has a bye in Week 11 before a couple more home divisional matchups vs. the Jacksonville Jaguars (Nov. 24) in Week 12 and vs. the Houston Texans (Dec. 15) in Week 15. Their last home game of the season is Week 16 against the New Orleans Saints (Dec. 22).

The Titans, founded in 1959, play at Nissan Stadium in Nashville, Tennessee. The stadium seats over 69,000 and opened in 1999 on the Cumberland River across from downtown Nashville. The stadium has three levels of seating, with the lower bowl completely surrounding the field and luxury suites within the Eastern and Western towers.