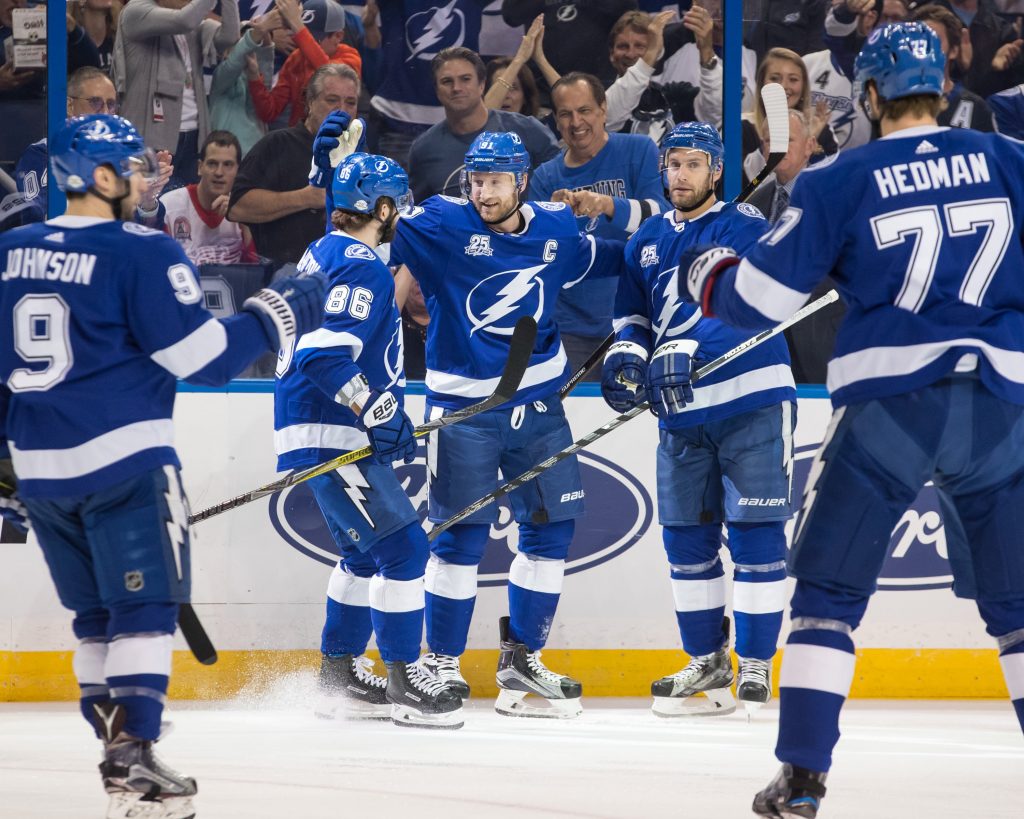 The Tampa Bay Lightning 2019-20 schedule opens at home against the Florida Panthers on October 3. The Lightning spend eight of their games during the season’s opening month on the road. They have a home-heavy schedule in December, which includes 10 of 14 games in Tampa. Their longest home stand of the season is five games from February 25 through March 5.

The Lightning franchise began in 1992 and has played in the same arena since 1996. It has been known by several names, but has been called Amalie Arena since 2014. The Bolts play in the Atlantic Division along with the Boston Bruins, Toronto Maple Leafs, Florida Panthers, Detroit Red Wings, Montreal Canadiens, Ottawa Senators, and Buffalo Sabres.

The Lightning won the President’s Trophy in 2018-19 and a division title, their fourth in franchise history. They won the Stanley Cup® Championship in 2003-04 and have qualified for the NHL Playoffs in four of the last five seasons.

Stay up to date on the Lightning all season on Twitter @TBLightning.