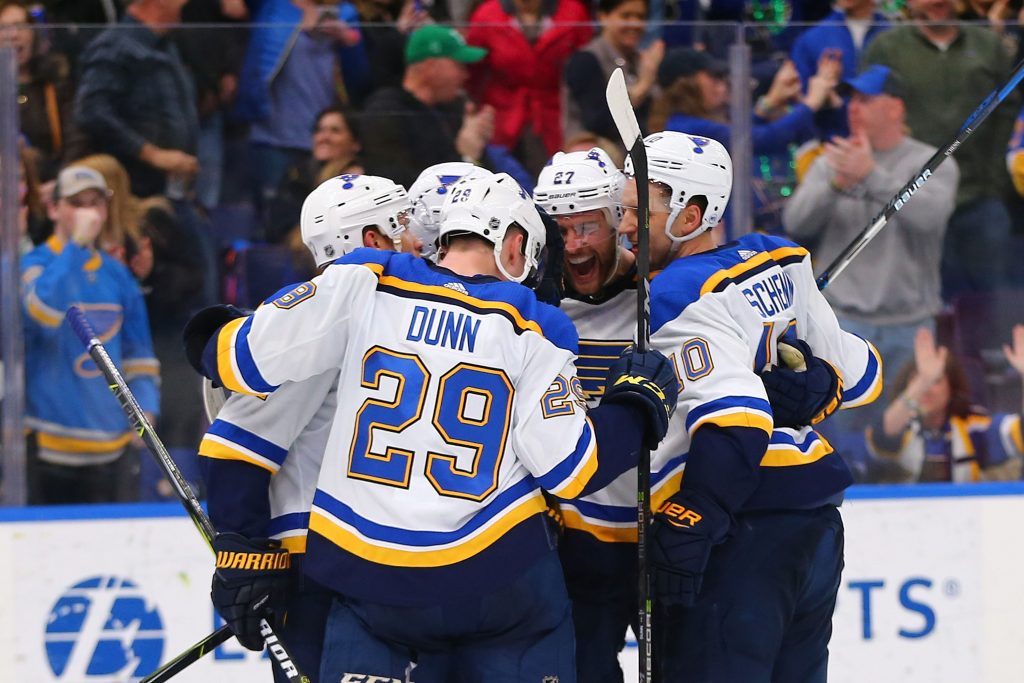 The St. Louis Blues open the 2019-20 season and their Stanley Cup® Championship title defense at home against the Washington Capitals (Oct. 2). Their regular season schedule features five homestands of at least four games.

The Blues play 17 weekend games at home, including 11 on Saturday night and three on Sunday afternoon. Divisional games to circle on the calendar include the Nashville Predators (Nov. 23) and Winnipeg Jets (Dec. 29) at home. Enterprise Center is also home to the NHL® All-Star Skills Competition and the NHL® All-Star Game from Jan. 24 – 26. The Blues host a Stanley Cup® Final rematch toward the end of the regular season against the Boston Bruins (April 2).

The Blues, founded in 1967, have played in the same arena in St. Louis, Missouri since 1995. The arena is entering its first season since being renamed the Enterprise Center. The Blues are part of the Central Division in the Western Conference, joined by the Nashville Predators, Winnipeg Jets, Minnesota Wild, Colorado Avalanche, Dallas Stars, and Chicago Blackhawks.

The Blues have nine division championships, the most recent coming in the 2014-15 season. They also won the Presidents’ Trophy in 1999-2000 as the league’s best regular-season team.

Stay up to date on the Blues all season on Twitter @StLouisBlues.