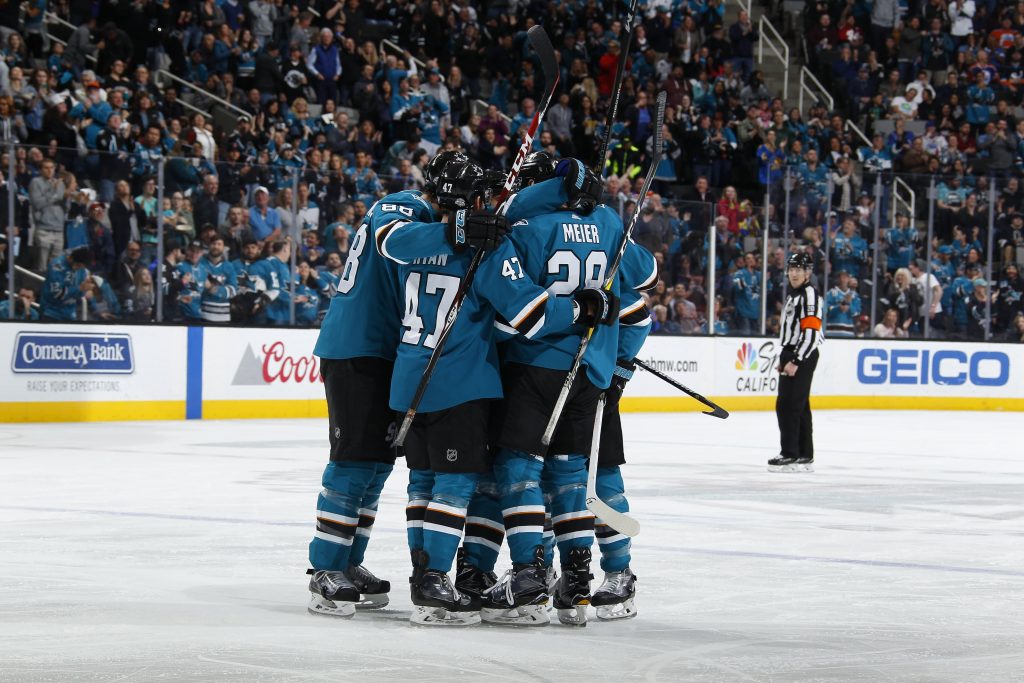 The 2019-20 season for the San Jose Sharks starts with a couple of games against their 2019 First Round Playoff opponent Vegas Golden Knights. San Jose starts the season on the road in Las Vegas before the home opener against the Golden Knights (Oct. 4).

The Sharks play each NHL® opponent at least two times this season, once at home and once on the road. So there will be at least one opportunity to catch every NHL team at SAP Center at San Jose this season. Special matinee home games starting at 1 p.m. (Pacific) are held against the Los Angeles Kings (Nov. 29) and the Florida Panthers (Feb. 17).

The Sharks, founded in 1991, play at the SAP Center in San Jose, California. They are a member of the Pacific Division of the Western Conference, along with the Vegas Golden Knights, Anaheim Ducks, Los Angeles Kings, Calgary Flames, Edmonton Oilers, Vancouver Canucks, and Arizona Coyotes.

The Sharks have won their division six times and have one conference title. They won the Presidents’ Trophy in 2008-09 as the NHL’s best team in the regular season. They have advanced to the Playoffs in 13 of the last 14 seasons.

Stay up to date on the Sharks all season on Twitter @SanJoseSharks.