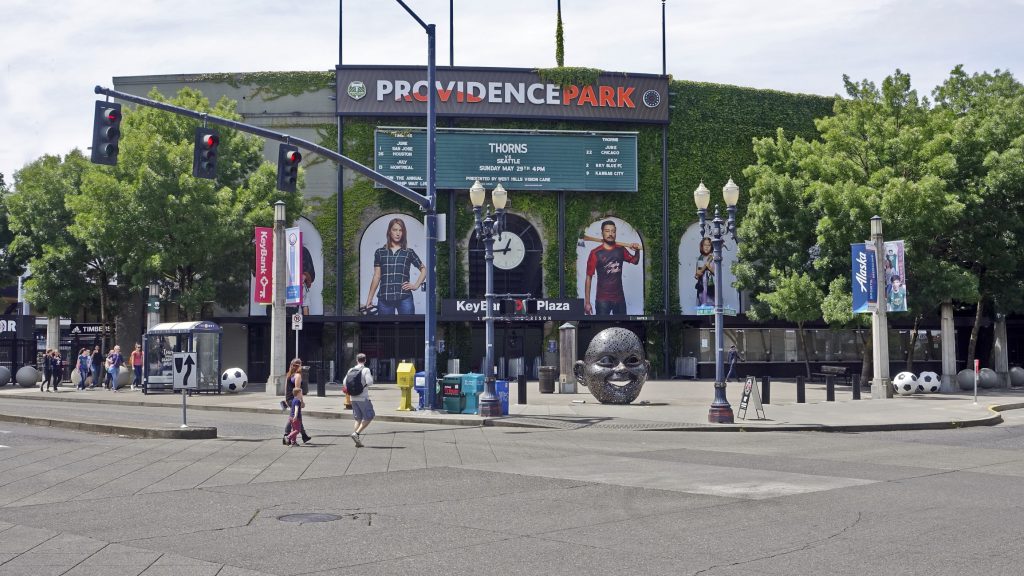 The Portland Timbers’ 2019 schedule includes 17 home games at Providence Park, but this year is a little different than most. Due to ongoing construction at Providence Park, the Timbers will start the season with 12 consecutive road games, the most road games to start a season in MLS history.

They’ll play their home opener against Los Angeles FC (June 1) in their newly refurbished stadium. They’ll also close the season with 12 of their final 13 games at home, including key matchups against Seattle Sounders FC (August 23), D.C. United (September 15), and the season finale against the San Jose Earthquakes (October 6).

The Portland Timbers joined Major League Soccer as an expansion team and played their first season in 2011. Their home field has always been Providence Park, which underwent a round of renovations in 2010 and 2011 in anticipation of welcoming a new MLS team. The stadium is currently undergoing another round of renovations.

The Timbers struggled through their first two seasons in MLS, but they have been a regular fixture in the postseason in the time since. In 2015, they came away with their first MLS Cup championship. They made it to the MLS Cup final again in 2018 but were unable to overcome Atlanta United FC.