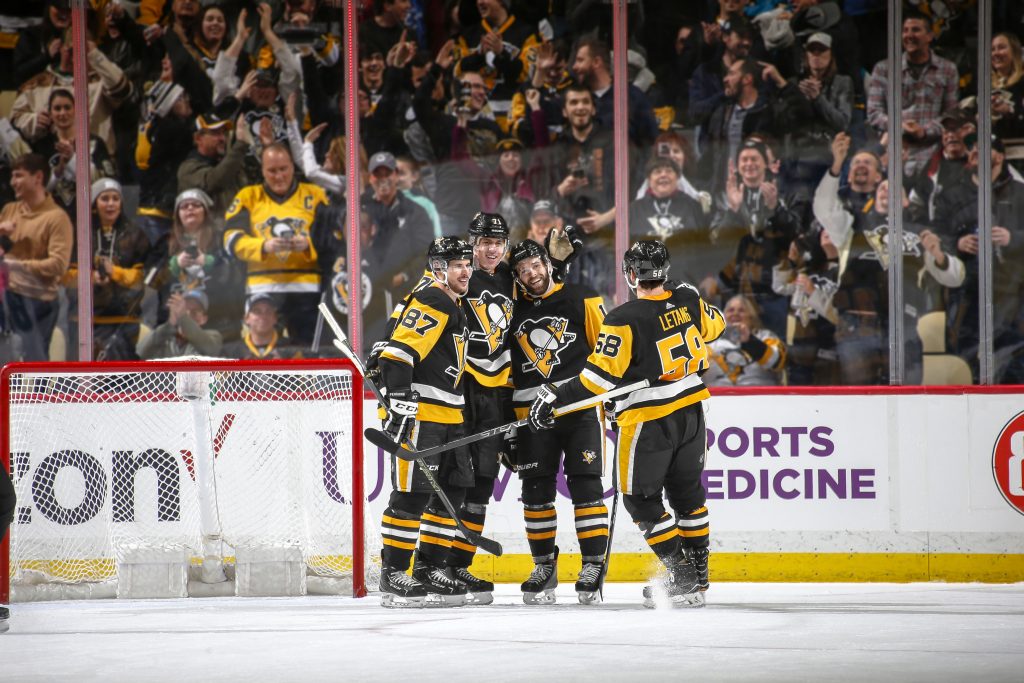 The Pittsburgh Penguins start 2019-20 with a season-long four-game homestand, beginning with the Buffalo Sabres (Oct. 3). After that, the Penguins face off against the Columbus Blue Jackets (Oct. 5), Winnipeg Jets (Oct. 8), and Anaheim Ducks (Oct. 10). Seven of their first nine games will be played at PPG Paints Arena.

They have one other instance with four consecutive home games from Feb. 11-18. Pittsburgh plays nine Saturday and six Sunday home games, which accounts for 37% of their games at PPG Paints Arena.

Pittsburgh Penguins home games to circle on the calendar:

The Penguins have won eight division titles as well as six conference championships. They have won five Stanley Cup® Championships and one Presidents’ Trophy as the best team in the regular season.

Stay up to date on the Penguins all season on Twitter @penguins.