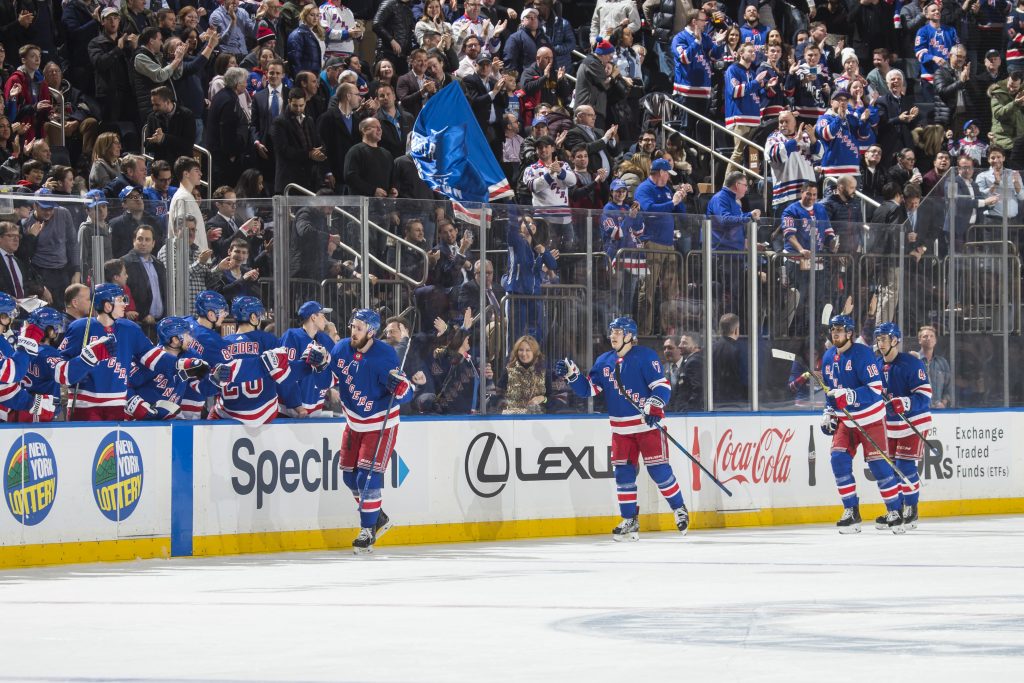 The New York Rangers open the 2019-20 season against the Winnipeg Jets (Oct. 3) in their 93rd NHL® season. It’s the fourth consecutive year the Rangers are beginning the regular season at home.

The Rangers, founded in 1926, play at Madison Square Garden in New York City. They are members of the Metropolitan Division of the Eastern Conference, along with the Carolina Hurricanes, Columbus Blue Jackets, New Jersey Devils, New York Islanders, Philadelphia Flyers, Pittsburgh Penguins, and Washington Capitals. New York is one of the Original Six NHL teams. They’ve won four Stanley Cup® Championships, including the 1993-94 season, and most recently advanced to the final in the 2013-14 season. They have qualified for the Playoffs in 11 of the past 14 seasons.

Stay up to date on the Rangers all season on Twitter @NYRangers.