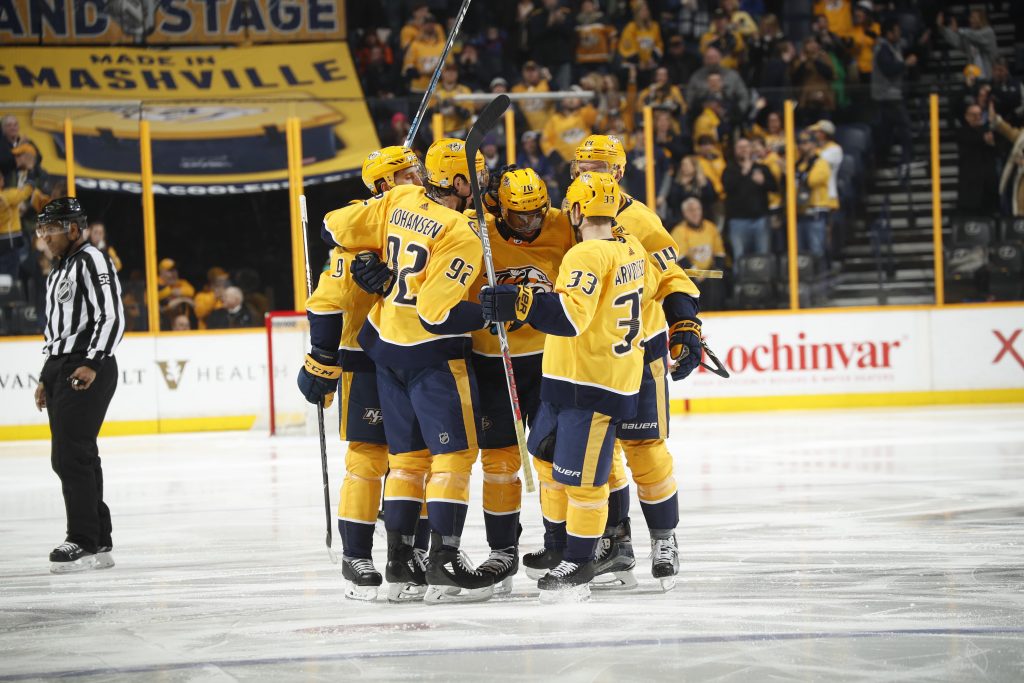 The Nashville Predators begin the 2019-20 season with a four-game homestand beginning against the Minnesota Wild (Oct. 3), where the team will unveil its second Central Division title banner. The homestand continues with games against the Detroit Red Wings, San Jose Sharks and Washington Capitals. It’s their longest homestand to begin the season since 2003-04.

The schedule includes 12 Saturday home dates. The Predators will play every Central Division club four times, except for the Minnesota Wild and Chicago Blackhawks, who the team will see five times. October has the most home games of any month on the schedule with nine. Nashville’s longest homestand is five games from Feb. 22 to March 2, which includes the Columbus Blue Jackets, Ottawa Senators, Calgary Flames, Colorado Avalanche and Edmonton Oilers.

The Predators began as an expansion franchise in 1998 and have played in the same arena since. It has been called Bridgestone Arena since 2010. The Predators are a member of the Western Conference’s Central Division, along with the Winnipeg Jets, Minnesota Wild, Colorado Avalanche, St. Louis Blues, Dallas Stars, and Chicago Blackhawks.

The Predators are the reigning Presidents’ Trophy winner, recognizing them as the NHL’s best team in the regular season. They have made the playoffs in seven of the last nine seasons.

Stay up to date on the Predators all season on Twitter @PredsNHL.